G-Dep Now Claims He Didn't Realize He Was Confessing To Murder. "I Didn't Think That He Died, When They Told Me I Was Like 'Oh I'm Not Going Home After This" / Former Diddy Artist, G-Dep Confesses To 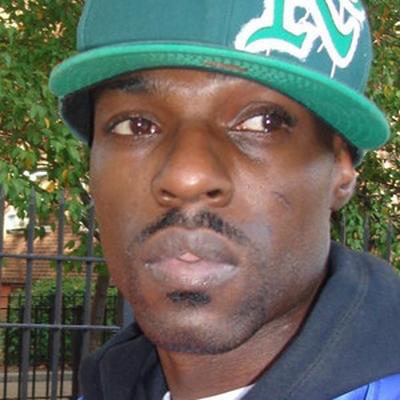 Adding a bizarre twist to an already strange story, former Bad Boy artist G-Dep is now saying he didn’t know the man he confessed to shooting 17 years ago had actually died.

In an interview with the New York Post, the troubled rapper seems to hint that he thought he would be walking out of the precinct after the confession.

“I was surprised, for some reason I didn’t think that he died. When they [police] told me I was like, ‘Oh I’m not going home after this,’” he said.

As if the police would have let him just go on his merry way after confessing to shooting a man three times during a botched robbery.

When the story first broke Dep’s lawyer, Michael Alperstein told the Post the rapper should not be presumed guilty.

“My client is presumed innocent, and the case is going to a grand jury,” Alperstein said.

Proving his innocence is going to be almost impossible, he knew details about the crime only the killer would know according to police.

After sitting in jail for several days, maybe the realization that he may never see the free world again is setting in on Dep. But he says he talked things over with his mother and girlfriend before going to the police station.

“I told my mom and my girlfriend that I wanted to confess and they both told me to leave it in the past. My girlfriend is pretty peeved,” the former chart topping rapper admitted. “I thought if I turned myself in it might give me closure, I’m just trying to get right with God. The only thing I regret is that I have to leave my kids.”

Bottom line is he killed John Henkel on the night of October 19, 1993, now he’ll most likely have to pay for it.

It’s not everyday people walk into a police station and confess to a murder they committed nearly two decades ago, but that’s just what happened Wednesday night.

Travell Coleman aka G-Dep confessed to murdering a man on October 19, 1993 in Harlem, New York.

“It was just eating away at him,” a police source told The New York Post.

Police say they are sure Dep commited the crime because he knew details only the killer would know.

According to Dep he was riding his bike when he rolled up on 32-year old John Henkel, who he attempted to rob. Henkel resisted and was shot three times.

Dep was once signed to Diddy’s Bad Boy Records and had a hit records with “Special Delivery” and "Let's Get It" in 2001.

Recently though, the rapper has fallen on hard times, battling a reported heroin addiction.

I will also add this...the karma around P Diddy is not always shining and successful, eh?

@Kiana, @hotsexyfit & @sweetness-so true...I am in agreement and yes, guilt will reak havoc if one has a genuine conscious. What get's put out in the universe comes back and G-Dep should be somewhat pleased that he or no one in his family suffered the victim's fate. He took a life, now he must give his-his freedom in life.

If you have lost a family member or friend to an un-solved violent act then you know what this story really means...ACCOUNTABILITY.  His choice right now may not make sense "in the streets" but all choices have consequences...

There is no truth in religion when it is being constantly manipulated to satisfy the requirements of a corrupt social order. The religion of which some speak so glowingly has alway been used as an opiate. No one man is given the tongue to speak for me and to intercede on my behalf to IAM. IAM the only ONE that can do that. The sense of dependency on so called religious orders/leaders robs the individual of his or her direct connection to IAM, because that dependence causes us to constantly look outside of ourselves. For the purposes of this discussion religion has always been a tool, "every need has an ego to feed", used by man in his imperfection, seeking to replicate GOD. There is no need for replication, IAM IS ALL. IAM, the first conjugation of the verb "to be", is GOD in action indicating his BEING as an active subject. We use this conjugation everyday, IAM, and never truly examine the real connection to the CREATOR'S PRESENCE with us, because every time IAM is uttered GOD IS PRESENT. The language is meant to be decoded and once done, then the WORD IS MADE FLESH.

In conclusion IAM AWAKE, the definition of man is GOD asleep and of GOD, is MAN AWAKE. My AWAKENING is a personal experience and is not contingent upon the opining of another. IAM, simply and in complexity, ALL.

The JESUS apparently spoke in parables!!! Decode the english language because it is a bastard tongue  (the Indians used to say"the white man speaks with forked tongue"). The language of our ancestry was a way of life NOT these religious orders. Our language held the word so that it was made flesh because the word was based in TRUTH.

Only God should judge but I know and everyone knows that this was a dumb move, If he had any semblance of a relationship with God, he would have taken it to him and ask him for forgiveness

The former Bad Boy rapper says he didn't think the man he confessed to shooting 17 years ago died from his injuries.

6 days til' xmas....... Jaxsprat's Unique Collectibles
"If it's unique we have it" http://www.jaxsprats.com/

Christianity, Islam and Judaism are three branches of the same tree. Do some research and identify how the 'divide and conquer' rule was put into effect. As long as any of these three ideologies claim the only path to true enlightenment there will be wars. Just checking the lighter side of this discussion right here is indicative, then take it one step further to those who are extremely passionate (extremists) and you can see how divisive this all is. All this has been carefully strategized and put into effect by the greatest manipulators whose families run and rule this physical entity within which we exist. We're always being told to look within, it is the answer but man has been indoctrinated so efficiently that its difficult for many to know what they're looking for and how to identify its presence. IAM the name by which our creator is identified to the people of Is-Ra-El and to us whose veils have been lifted, informs the personal nature of our connection. Revere the IAM and associate only productive elements, aspects and thoughts and you'll be amazed at the upliftment that ensues.

So keep on looking within the treasure is already there and because IAM everywhere how can you miss me!!! Be Blessed and stay Blessed!

OKay,like I said CHRISTIANITY is a big general word. The concept is sweet, the core is right. That's all I'm saying. I stand by my statement still also.