Gamblers's Remorse? Man Drives Car Off Off 7th Floor Garage To His Death!! 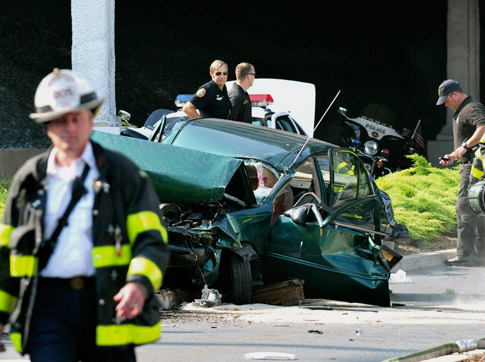 A 21-year-old Pennsylvania man committed suicide by driving his car off the top level of a parking garage at a casino, police said.


The Lehigh County Coroner's Office said Robert Jamison, of Lower Macungie, died at a hospital hours after the crash, which occurred at around 9 a.m. on Tuesday at the Sands Casino Resort Bethlehem.

Witnesses said a dark green Ford Escort crashed through a barrier of steel bars and cables on the garage's seventh floor, soared for several seconds and then crashed nose-first onto the ground. 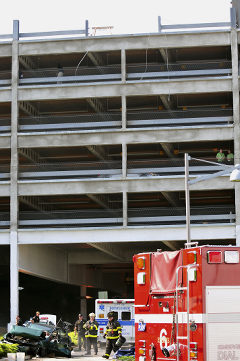 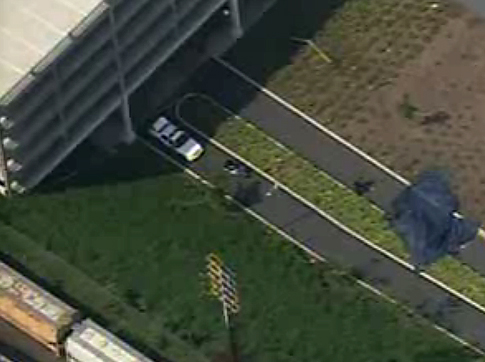 After the impact, the car tipped back onto its tires, witnesses said.

No one else was injured, although one witness told WFMZ television that Jamison's car slammed into the pavement just three car lengths away from another vehicle.

Firefighters pulled him out of the car and he was taken to St. Luke’s Hospital in Fountain Hill, where he died from massive blunt force injuries.

Cops believed Jamison killed himself because he had to have floored the gas pedal in order to break through the barriers.

"It's not likely that he rolled out of a spot," Bethlehem Police spokesman David Kravatz told The Express-Times newspaper.

Sands officials said that Jamison was a guest at the casino, but they didn't know whether he lost money or ran into any trouble.

You can watch the game and develop valuable combinations that can help you to win in the future! Please, can you tell me if there is an opportunity to contact technical support in syndicate casino https://syndicate.casino/en-au and how quickly do they respond? Sometimes slots from well-known developers confuse me. Through everything that happens often, I try to be very attentive. What slots can you advise in this casino?

Comment by BigginsMarie on June 4, 2011 at 11:58am
I would like to see some kind of statistic on how many people kill themselves over money. I bet a lot of people would be surprised. It's a lot of rich people who kill themselves too. Like those fashion designers and artist who commit suicide.

Comment by BigginsMarie on June 4, 2011 at 11:56am
So young. He just became an adult and he ended his own life.
It is true though, this society stresses people to much with money and debt. I remember having a 5,000 dollar debt when I was in my early 20's and thinking it was the end of the world. It was so stress ful i couldn't sleep at night. When your so young that little bit of money seems like a lot, especially if you come from a poor family.

Comment by Marco Andre Ricardo Clarke on June 2, 2011 at 10:22pm
I feel as if thiS waS murder Idk the Story juSt Sound Spooky