Funkmaster Flex, famed hip-hop DJ has come out in support of his friend, Mister Cee who was recently caught engaging in a sexual act with a transgendered prostitute in Manhattan’s West

Apparently, Flex didn’t take too kindly to his friend being discussed on the morning radio show, leading him to “address” the situation later on during his music set. During his late night radio show, Flex spent five minutes going in about how the charges against Cee were untrue (even though there are mug shots of the two online), while continually launching that if certain people kept saying otherwise, that payback would be coming. Flex didn’t end there, during his thinly veiled attacks, he said, “I know everything that goes on in that building… You know who I’m talking about. You know the shot I’m sending today. You know the gun I’m loading up today. The choice is yours.”

Clearly, Flex was gearing up for some sort of radio beef and being that Charlemagne feeds off that stuff, he wasted no time in returning his opinions. At the same time, Flex never directly hinted that he was aiming his coded attacks at the Power-105’s morning crew.

Yesterday, during his radio show, Charlemagne prepped his response by first playing back Flex’s late night attack while dubbing the older DJ, Flex Hogan (a play on Hulk Hogan, due to the fact that Wrestlemania happened on Sunday). He then launched into the charges surrounding Cee, mentioning that this is not the first time Cee’s antics have caught up with him. “Don’t get mad at us. Get mad at him. Tell him, I don’t care if you like men, but you got to move a little better,” he said.

Of course, Charlemagne had to engage in some thinly veiled punches of his own, warning the older radio DJ by stating, “If we’re ready for war…the pictures we got can break up a happy home.” Adding insult to injury, he then scolded Flex for not being direct with his attacks, instead of relying on subliminal messages.

This radio beef, as entertaining at it might be, still doesn’t seem to address the question at hand. With Cee’s business put out there, hip-hop has to acknowledge that not everyone is straight within the business and some people like certain things outside of heterosexual partnerships. Instead of resorting to bashing each other on air, why not address the reasons why Flex is willing to support his friend, even though there is hardcore evidence against him. Obviously, they have the fan base that would listen, so instead of worrying about veiled attacks and who said what; why not address hip-hop and why it insists on keeping homophobia alive and well – instead of trying to cater to the male ego.

New  City, I see everything moving and I see everybody moving," Flex said during his Monday (April 4) night Hot 97 broadcast. "We don't discriminate against no one or anybody. Whatever is your preference out here New York City, we do not discriminate. Because I need to say that before I say what I'm gonna say. Understand, the rumors that you hear about my man Mister Cee are untrue. OK? Let's address that first but we do not discriminate on what anybody wants to do...Now you listen to me right now so you understand clearly. New York City, I'm gonna say something today that I ain't never said. I know over there in that building, greasy talk huh, let me explain something to you right now. I'll lose a friendship today. I know everything that moves in that building...You want to throw a stone this morning? Is that what it is? ... All of y'all over there know exactly what I'm talking about. I will lose that friendship because I stand next to this logo! I stand next to this logo and nothing tears it down!" (Hot 97)


"Be clear, you'll never win," Flex added. "Ya did what you did and you're still in a losing position. But it doesn't stop there for me...Listen to me, I know what goes on up in those evenings and I know what goes up in that building and around it. And you know the shot I'm sending today. You know what that shot is! ... The choice is yours. You hear me? You know what it is...You will always dream of winning. You will never win. You can take anything you see, anything that you want to go with, this building will never crumble..." (Hot 97


"Donkey of the day goes to the finisher Mister Cee," Power 105.1 radio host Charlamagne Tha God said Monday morning. "Now do we call him the finisher or do we call the 20 year-old male prostitute that got caught giving him [oral sex] the finisher? ... Do we call him Mister or Misses? ... When you get caught in a compromising donkey a** position like this, you get a hee ha. First of all Mister Cee, you are 44 years old, why are you still doing stuff like this in your car? Get a room or get a boyfriend that you can bring to your house..." (Power 105.1)


Although some bloggers are claiming the story is a hoax, the NewYork court system's web site confirms that Calvin Lebrun aka DJ Mister Cee was arrested last week on charges of public lewdness. Evidently DJ Mister Cee, who works for New York City's Hot 97, was picked up for having sex with another 20-year-old man in public. The two men were evidently arrested in Manhattan's West Village, an area known by police where men participate in gay sex in public. Cops say they caught the younger man performing oral sex on DJ Mister Cee at Watt and West Streets. (Gay Socialites)

MediaTakeOut.com got a BLOCKBUSTER REPORT. Now before we go further, this report is NOT RUMOR. All information in this report is a matter of PUBLIC RECORD . . . and was taken from COURT DOCUMENTS!!!

OK back to what happened. MediaTakeOut.com learned that according to police, Mister Cee left his job at HOT 97 and shortly thereafter met up nearby with a TRANSEXUAL MALE named Lawrence Campbell. Officers from New York's SIXTH PRECINCT (which covers GREENWICH VILLAGE) observed Lawrence and Mister Cee engaged in some kind of UNSPECIFIED LEWD CONDUCT. And during the LEWD ACT . . . Mister Cee had his PRIVATE PARTS EXPOSED.

Well there you have it . . the first ever PUBLIC OUTING . .. with UNCONVERTED EVIDENCE of a hip hop icon. Now . . . ladies and gents . . . where do we go from here. Of course Mister Cee and his peeps are DENYING that this happened - but TRUST . .. everything we have above is ACCURATE. Now it may be time to have a more OPEN and HONEST discussion about HOMOSEXUALITY in hip hop.

This is a MediaTakeOut.com EXCLUSIVE REPORT . . . which was RESEARCHED and SOURCED like any GOOD JOURNALIST WOULD. Members of the press we DESERVE to be credited for BREAKING this report. 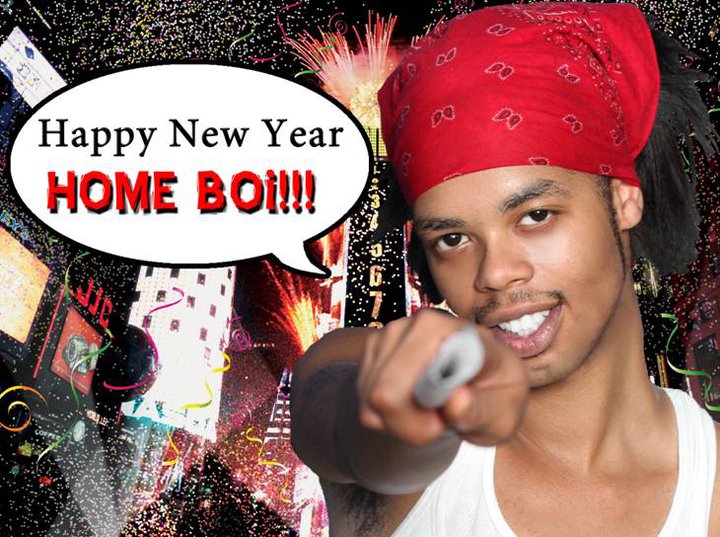 Comment by BigginsMarie on April 4, 2011 at 7:03pm
Bombahdrop- giiiirl, you right! It could have been a set up. Mr. Cee the only one that got something to loose (his credibility, his career, his wife and kids!) the chi chi man can only go up. Now he's a little bit famous
(i mean it's not like Mr. Cee was all that famous himself. lol!)

A war him want a war him ah go get lolz

mek him come na, so I can trow him back inna d closet lol

Comment by Bombahdrop on April 4, 2011 at 6:49pm
One thing is for sure he had better watch his front and his back now, with all the Gay crimes being committed everyday, he may be a target, in prision and in the streetz. I stiill can't understand if he gets paper why did he have sex in the street he is so trashy. Pherhaps he is a cheap trick. If he really wanted it to be down low, he would have done just that. What if the young f***** that was having sex with him in that car,  set him up, to expose him, or maybe could it be he himself thought this was a good way to finally come out the closet and get publicity at the same time. No dout he Gay, look at him, he looks more like a Pedephile to me and getting caught doing the Nasty with a young boy is proof. I know this wasn't his first encounter just his first time getting caught and it looks especially bad being that he is suppose to be a role model and alot of people must listen to his stuff on the radio.