Freeway Rick Ross Arrested After Being Caught With $100,000 Of Suspected Drug Money 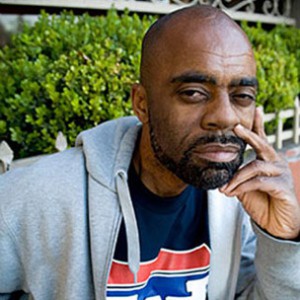 The former crack cocaine kingpin has since been released.

Freeway Rick Ross was arrested in Sonoma County, California last week after he was caught with $100,000 of money suspected to be related to the sale of a controlled substance, according to the Los Angeles Times.

The former drug dealer — who was imprisoned from 1996 to 2009 for conspiring to buy more than 100 kilograms of cocaine — was also arrested on suspicion of conspiring to commit a crime, according to a Sonoma County Sheriff’s Office arrest log.

Ross’ detention was later confirmed by Lt. Darin Dougherty, a spokesman with the sheriff’s office, however details about his arrest were not immediately available due to an ongoing investigation.

Freeway Rick Ross is no longer in custody, according to Sonoma County sheriff’s jail records.

What is this? Pre-crime? The "AUTHOR" is arrested because of suspicion that the 100K he had was connected drugs? Where's the proof? YET HE"S BEEN RELEASED! So now he will have to fight to get his money under federal forfeiture (scam) laws back as he's guilty until proven innocent and will have to spend more money than the money they took which the state/city is counting he won't fight to get back.....Forfeiture laws mainly target blacks and Hispanics disproportionately so in effect they just stole his money......