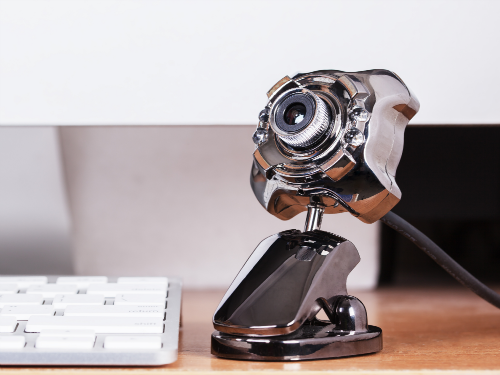 Over the years everything that’s digital has become exponentially cheaper, faster, and more efficient, including webcams. These devices have become so ubiquitous that there are now cameras in most homes and businesses. Unfortunately, these cheap little cameras have no security. Most customers simply aren’t concerned about them being hacked, so in an effort to save money, the manufacturers haven’t bothered equip these devices with any security protocols or passwords.

This state of affairs has led search engines like “Shodan” to launch a service that allows anyone to view these camera feeds in real-time. Shodan searches the internet for unsecured IP addresses, and makes them available to paid users of the website. There are webcam feeds of children sleeping, schools, marijuana grow operations, banks, kitchens and garages, from all over the world. Pretty much any location where you would expect to see a webcam, there’s an unsecured video feed that you can watch.

Make no mistake, this situation isn’t going away anytime soon. The whole “internet of things” idea that the tech community has been pushing for in recent years, hinges on devices that are incredibly cheap. Unfortunately, cheap devices often lack security. The smart homes of the future will likely be nothing more than human zoos that anyone can spy on from anywhere in the world.

Comment by GospelPan on January 27, 2016 at 10:47pm
Almost anything can be hacked, especially wireless devices like your smartphone. Folks can pinpoint your exact location, take pictures of you and listen in on your conversations...and that's just your phone.

Comment by Sufferahsmusic Media Prod on January 27, 2016 at 7:37pm
This fool cant even hack a wet paper bag gtfoh

Mervin E Yearwood lol not all the street cameras are easy to hacked they are own by the city and you know they have security because its about business thats how they make money not too much for safety, but yes they can be hacked

Mr1stroke you can hack the street cameras!

Tall Island Girl and ill be right there walking behind you and in front of you, if you are a nudist i hope your husband is a steel, always hard lol you better stop it

The internet was developed for just this purpose to gather information by addressable protocol.

Its "Orwellian" by design "Big Brother"

The nightmare world of constant video surveillance described by George Orwell in 1984 is one of the most compelling images of the 20th century.Big Brother is an icon of totalitarianism more familiar than real-world .dictator


Addressability is an increasing trend: more and more things can be assigned unique identifiers, and if something has a unique identifier, it can be tagged, assigned a URI and targeted over a network. That capacity paves the way for the Internet of Things (IoT), a scenario in which everything -- including people, animals, servers, applications, shampoo bottles, cars, steering wheels, coffee machines, park benches or just about any other random item that comes to mind.-- has a unique identifier and the ability to communicate over the Internet or a similar wide-area network (WAN).

As we know the USA has switched to Digital Television Broadcast which require a digital receiver (flat screen) which is addressable (internet connection) and can view the area it is install with the proper software.

A low tech solution is to cover the unit camera / screen for security .

ooh ooh ok now tall island girl better turn hers off cause im hacking it lol, what do you expect me people, this is the new world unless you know how to hide consider your self one of the victim, so what you can do is learn how to protect your self from things like instead of crying about it