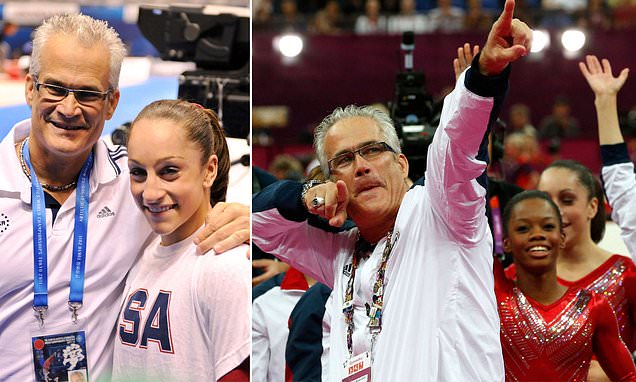 Gedderts’ charges stem from alleged crimes he committed as a gymnastics coach between 2008 and 2018. He was the fourth person to be charged in connection with the Nassar scandal. He faced 20 counts of human trafficking and forced labor, one count of first-degree sexual assault, one count of second-degree sexual assault, racketeering and lying to a police officer in connection to Nassar’s case, Detroit News reports. “My office has been notified that the body of John Geddert was found late this afternoon after taking his own life,”  Michigan Attorney General Dana Nessel said in a statement. “This is a tragic end to a tragic story for everyone involved.”

The charges against Geddert came three years after Nassar was sentenced for sexually assaulting hundreds of women and girls and for possessing 37,000 images of child pornography. Geddert owned Twistars USA, an elite gymnastics facility near Lansing where multiple victims of Nassar trained.

Gedderts alleged lies to police include:

Investigators began looking into Geddert after Nassar was incarcerated in February 2018. The two sexual assault charges against him stem from an incident in 2012.

“These allegations focus around multiple acts of verbal, physical and sexual abuse perpetrated by the defendant against multiple young women,” Nessel said in an earlier statement. “I am grateful for these survivors coming forward to cooperate with our investigation and for bravely sharing their stories.”

Geddert was expected to turn himself into police this week, but his body was found by Michigan State Police troopers near a rest area off eastbound Interstate 96 in Clinton County on Thursday.