For the Love Of God....What Is in Fast Food? A Newly Discovered Reason to Avoid Fast Food And Non-Stick Pans...A Long Read But A Must Read!!! 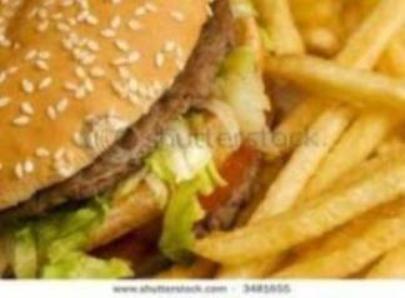 A new study shows that toxicperfluoroalkyls, which are used in surface protection treatments and coatings to keep grease from leaking through fast food wrappers, are being ingested by people through their food and showing up as contaminants in blood.

Scientists said the exposure to humans through this means "should be considered as a significant indirect source of PFCA." That means you now have a new reason to avoid fast foods. You may not realize it, but you and your family are continually exposed to perfluoroalkyls, which include perfluorooctanoic acid (PFOA), and perfluorooctanesulfonate (PFOS). And these chemicals can be detected in nearly everyone in the U.S.! 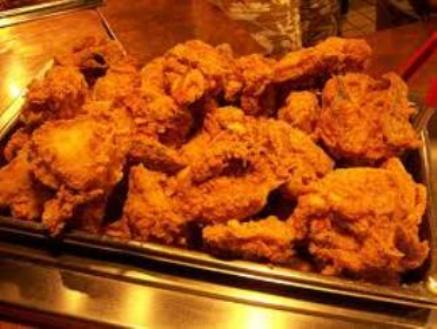 But it's not just PFOA and PFOS that show up. The CDC's Fourth National Report on Human Exposure to Environmental Chemicals 2009 (considered the most comprehensive assessment of the exposure of the U.S. population to chemicals in our environment), detected a total of 12 different types of perfluorinated compounds (PFCs) in Americans tested.

I've written many articles about non-stick cookware, highlighting the fact that they are one of the most common sources of PFCs. But this study shows fast food wrappers are yet another pervasive source!
Three years ago, environmental chemists Scott Mabury and Jessica D'eon established that perfluorinated chemicals, specifically polyfluoroalkyl phosphate esters, known as PAPs, can and do transfer from the wrappers into food. PAPS are byproducts of PFCAs and PFOA. 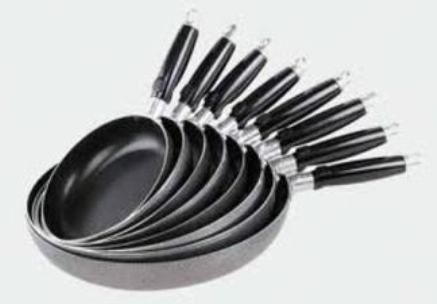 Contrary to the regulators' findings, we now know PFCs have many health dangers, including being part of a group of chemicals referred to as"gender-bending," because they can disrupt your endocrine system and sex hormones.

In animal studies, PFOA has also been associated with other health dangers such as:
• "Significant increases in treatment related deaths" in rat offspring at doses that did not affect the mothers.
• Serious changes in the weight of various organs, including brain, prostate, liver, thymus and kidneys.
• Deaths of a significant number of rat pups of mothers exposed to PFOA.
• Damage to the pituitary at all doses in female rat offspring (The pituitary secretes hormones that regulate growth, reproduction, and many metabolic processes. Change in pituitary size is associated with toxicity.)
• Tumor development after prolonged exposure.
Other studies have linked PFC's to:
• Infertility: A study published in the journal Human Reproduction last year found that both PFOA and PFOS dramatically increased the odds of infertility from 70 to 134 percent; PFOA was linked to a 60 to 154 percent increase in the chance of infertility.
• Thyroid disease: A study published in Environmental Health Perspectives found thatPFOA can damage your thyroid function. Individuals with the highest PFOA concentrations were more than twice as likely to report current thyroid disease. Your thyroid contains thyroglobulin protein, which binds to iodine to form hormones, which in turn influence essentially every organ, tissue and cell in your body. Thyroid hormones are also required for growth and development in children. Left untreated, thyroid disease can lead to heart disease, infertility, muscle weakness, and osteoporosis.
• Cancer: PFOA has been associated with tumors in at least four different organs in animal tests (liver, pancreas, testicles and mammary glands in rats), and has been associated with increases in prostate cancer in PFOA plant workers. The EPA has ruled PFCs as "likely carcinogens," and has stated that PFOA "poses developmental and reproductive risks to humans."

Immune system problems: Several studies indicate that PFCs have an adverse effect on your immune system. As described in a report on PFCs by the Environmental Working Group (EWG),PFOA was found to decrease all immune cell sub-populations studied in the thymus and spleen, and caused immuno-suppression.
• Increased LDL cholesterol levels: A study in the Archives of Pediatric & Adolescent Medicine showed that children and teens with higher PFOA levels had higher levels of total cholesterol and LDL or "bad" cholesterol, while PFOs was associated with increased total cholesterol, including both LDL cholesterol and HDL or "good" cholesterol.
For more information on these studies, please review the Environmental Working Groups extensive report.
So what can you do to protect your health? I strongly recommend avoiding any product that contains these toxic compounds, particularly foods sold in grease-proof packaging, such as fast food and popcorn. Besides the toxic burden of the wrappers, I think it's also important to realize that you are not getting proper nutrition from the food that comes in them.
Most important, however, is ditching your non-stick cookware, because most brands are a MAJOR source of PFC's, particularly PFOA. The moment you heat them, they start to liberate fluoride vapors that are so toxic they will kill small birds! Every time you cook with them, you inhale these chemicals, and the food in the pan absorbs them too, turning every home-cooked meal toxic.

To identify other products to avoid, the EWG has compiled a list of common products containing PFC's for you here.
Keep in mind that avoiding these products is especially crucial for pregnant women or couples who want to have children, since PFC's can have a serious impact on fertility, and on a baby's delicate hormonal system.
Dr. Joseph Mercola is the founder and director of Mercola.com. Become a fan of Dr. Mercola on Facebook, follow him on Twitter, and check out Dr. Mercola's report on sun exposure!

Comment by Malcolm X on January 2, 2011 at 4:47pm
Black people can't be racist, you have to be in charge to use someones race against them. But we can be realist. Lets be for real, does anybody think it's an accident that the builders of the pyramids were enslaved by cave dwellers. They used deceit and trickery. Our problem is we keep believing that turn the other cheek bull s**t. Meanwhile they enslave, do Tuskegee Experiments and keep Black nations down.

The Native Americans used to say, "the white man speaks with forked tongue. In otherr words they say one thing but do another.

Comment by JamRockLady on January 1, 2011 at 7:13pm
@Sweetness...all I'm saying is that those of African-descendant do not technically have the "power" to oppress an entire group of people...as the ruling elite (Caucasians people/the "wealthy few") do in this society.

@Sweetness...I agree with you to a point.  Remember what that white lady in the video I previous posted (on the other page) stated.  Racism EQUALS prejudice PLUS power.  Based on that fact and formula, those who are not European/Caucasian CAN NOT be racist
(they can only be prejudice...but not racist).  Can non-Causation be
prejudice?  Yes (but they can't be racist because they're race does not
make up the ruling elite).

Yes, "our own" can sell us up the river but, do they NOT have the power to ensure that 99% of our food is GM? No, that is exclusively an evil Caucasian idea and agenda).  Did "our people" come up with the New World
Order (no, some of us, like OBAMA, are helping carrying it out...but he
his merely a puppet...it's a Caucasian that's the "puppet master")...and so on...

Comment by Yahzequel Ben Israel on January 1, 2011 at 5:46pm
the wild wicked gentiles/caucasians are very dangerous.slavery alone is an eye opener for me,if they can painted all the people white in the bible how can anyone trust their mantra and religions.anyway cook your own food  and dont have a pagan heathen,babylonian mindset see site www.hebrewisrealites.org shalom  wake up sleeping giant of jacob.yah  and yahoshua are real

I try to maintain a strict paleolithic diet myself. It has gotten me off of diabetes medication and helped me lose 30 pounds the first month I was on it. That was a pound a day. All my people thought i was sick. That was a year and a half ago. Now that I'm in the best shape I've been in in 20 years I realize one thing. No matter what you eat or don't eat you will eventually get sick. The creator has not given us eternal life here on earth. Besides that just how long do you really want to live. Right now I can run up to the seventh floor just as fast as my buildings elevator. But I really don't want to be so old that I can't even walk up the seven flights.

i want a balance, live as long as I can enjoy life. But I also want to enjoy life as I live. If I have to avoid all the things I love in order to live is that really living. This is just a thought, it's not a criticism of anything written here.

Comment by JamRockLady on December 31, 2010 at 12:19pm
@Sweetness...I barely use that dutch pot anymore since I'm "trying" to go vegan (as of midnight) but what you're saying about it is valid.  Point taken. Good looking out! :D