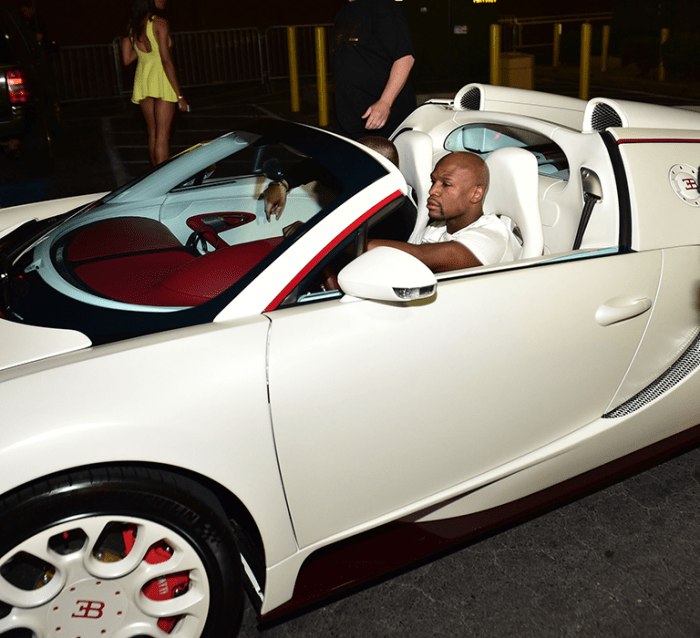 The only thing that Floyd Mayweather loves more than money . . . is his family and friends. And the champion decided to spoil his daughter YaYa on her 18th birthday.

The greatest boxer ever bought Yaya a $5 MILLION ring. Yes you read that right, it's a $5 MILLION DIAMOND. The diamond, which is an 18ct Canary diamond from the folks over at PRISTINE JEWELERS, is amazing.

It is one of the most beautiful rings that we've ever seen. The designer behind Iyanna’s colossal bling described it as follows: “Happy bday @moneyyaya … That 18ct Canary PRISTINE looking great.”

Iyanna does not care about people’s reaction; she confessed that she loves the ring and cannot stop looking at it.


The Sun reported that, "Before following up with a photo, which said: "I just can't stop staring at it."

Once again, Mayweather spared no expense with his gifts for his daughter - who spent a seven-figure sum on her 16th birthday. Musicians Drake and Future performed at her bash, while Justin Bieber recorded a special message for Iyanna.

While previous presents include a Mercedes 550 S-Class as well as a G-Class she was given for her 14th birthday.

Mayweather is known for splashing the cash, and recently took to Instagram to show off his dog wearing designer shoes.