Florida woman, 42, 'kills boyfriend by zipping him inside a suitcase before telling cops it was a game of hide-and-seek gone wrong' - 'that's what I feel like when you cheat on me' 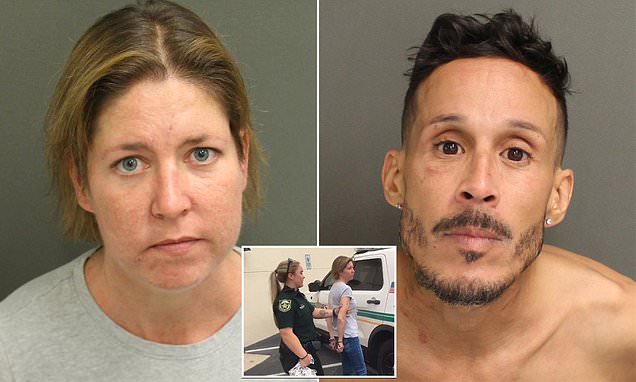 A Florida woman has been accused of zipping her boyfriend inside a suitcase and leaving there for hours until he died in what she described as a game of hide-and-seek gone wrong - but investigators say videos found on her cellphone tell a different story.

Sarah Boone, 42, from Winter Park, was arrested on Monday and charged with second-degree murder in the death of her boyfriend, Jorge Torres Jr, 41.

Boone summoned deputies to her home at 1pm, saying Torres died while the two of them were playing hide-and-seek after a night of drinking.

Woman who trapped man in suitcase seen escorted by police 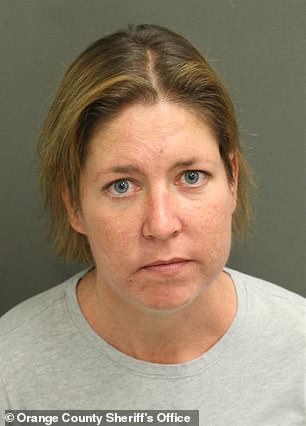 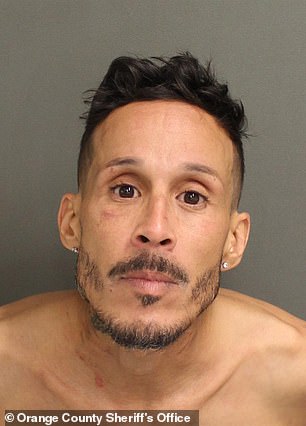 Sarah Boone, 42 (TOP), has been charged with second-degree murder in the death of her live-in boyfriend, Jorge Torres Jr, 41, after she zipped him inside a suitcase

According to an arrest affidavit cited by WFTV9, the woman claimed she and her boyfriend thought it would be funny if he climbed inside a suitcase and she zipped him up.

Boone said she later passed out in her bed as a result of her alcohol consumption, and woke hours later to find Torres dead inside the luggage.

Deputies who responded to the residence in the 4700 block of Frantz Lane found Torres' lifeless body laying on the floor next to a blue suitcase.

The victim had a small cut on hi slip and bruising around his eye, according to the document. 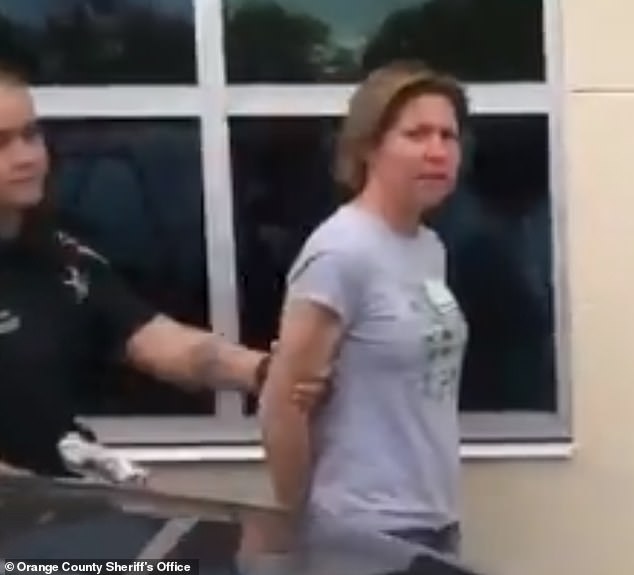 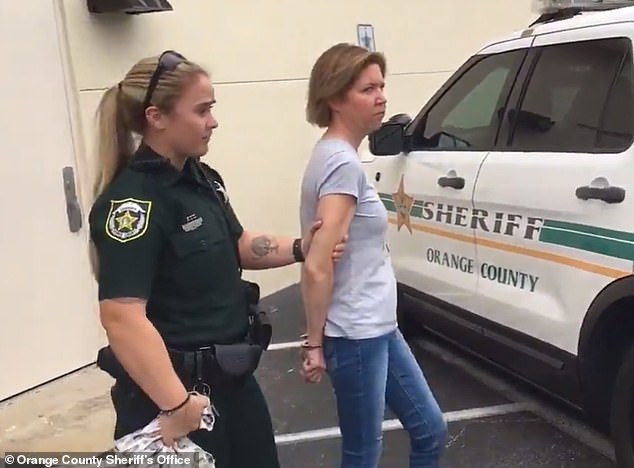 During an interview, Boone gave verbal and written permission to the deputies to search her phone.

A review of the contents of the device led to the discovery of two videos from the night of Torres' death that contradicted Boone's version of events.

On the first recording, the victim is heard yelling at Boone from inside the suitcase and telling her he cannot breathe, prompting the woman to laugh at him in response.

'Yeah, that’s what you do when you choke me,' Boone tells her boyfriend in the video, according to the affidavit.

Torres continued pleading and pushing against the fabric of the suitcase in a desperate bid to get out, telling his girlfriend he could not breathe.

'That’s on you. Oh, that’s what I feel like when you cheat on me,' Boone told him, according to the document, adding he 'should probably shut the f*** up.' 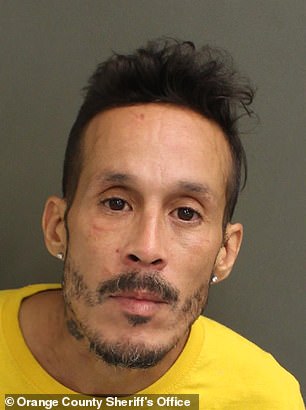 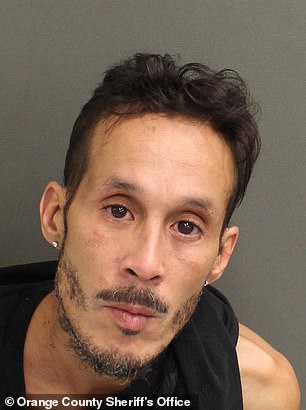 Last year, Torres was arrested twice in a span of two months on charges of battery - dating violence involving Boone (pictured in mugshots)

A second video found on Boone's phone shows the luggage in a different position. On that recording, Torres is heard yelling Boone's name and saying, 'I can’t f***ing breathe.'

Records indicate that the couple had a history of domestic violence.

In June 2018, Boone was arrested on a charge of battery by strangulation targeting her boyfriend, and Jorge was charged with battery stemming from an alcohol-fueled altercation inside their home.

According to an affidavit, Torres told a deputy Boone wrapped her hands around his neck and attempted to strangle him as he was walking upstairs to get away from her after an argument, prompting him to kick her.

A year later, Torres was arrested twice in a span of two months on charges of battery - dating violence.

Comment by vaughn mitchell on February 27, 2020 at 4:42pm
Damn. They both look like trash. Something is wrong in Florida.

Comment by mr1stroke on February 27, 2020 at 1:21pm
But than again may be some of those females had enough from getting beat by those boyfriends

Comment by mr1stroke on February 27, 2020 at 1:16pm
Lol nut wait how small was he and how did she fit him in that suit case alive, this is crazy

Comment by L on February 27, 2020 at 12:34pm
Yeah and then tried to lie her way out of it and only got charged with second-degree, but it would have been the other way around he would be charged with first-degree murder due to her being a female and white.

She actually recorded it!  SMH....

Comment by L on February 27, 2020 at 12:17pm
It is clear from the fact that they have the videos that it is not a second-degree murder case it is a first-degree murder case due to her recording him yelling he couldn't breath and her laughing at him to what she said to him in the videos. All the way, to her drinking more and passing out knocking he was in there and had already said he couldn't breath. Yet, the simple fact that she zipped the suitcase makes it premeditated murder, because if it was a game of hide and seek, one she would not have known he was in the suitcase until she found him in it and she would not have zipped it. Simply because, upon her going to zip it he would have jumped up stopping her.