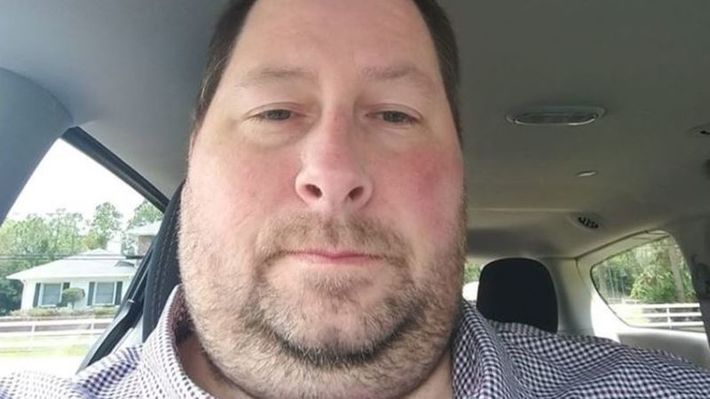 A Florida man who described the coronavirus as “a fake crisis” that was “blown out of proportion” and “wasn’t that serious,” is singing a different tune now that he and his wife have contracted the deadly contagion.
In March and April, Brian Hitchens, a rideshare driver, posted multiple messages on Facebook minimizing the threat of the coronavirus, believing it to be nothing but hysteria and a government distraction. But after both he and his wife ended up hospitalized with COVID-19, he’s speaking out about their experience.

“I’m honoring what our government says to do during this epidemic but I do not fear this virus because I know that my God is bigger than this Virus will ever be,” he wrote on April 2. “Jesus is the King of Kings and Lord of Lords.”

I’m honoring what our government says to do during this epidemic but I do not fear this virus because I know that my God is bigger than this Virus will ever be. Jesus is the King of Kings and Lord of Lords.

As noted by Complex, in mid-April, Hitches revealed that he and his wife began feeling ill and were ultimately hospitalized for nearly a month.

“Been home sick for over a week. Both my wife and I home sick,” he wrote in a post on April 18. “I’ve got no energy and all I want to do is sleep.”

Been home sick for over a week. Both my wife and I home sick. I’ve got no energy and all I want to do is sleep.

On May 12, Hitchens wrote that he “had just enough energy” to drive them to the hospital on April 19, where they tested positive for COVID-19.

“They admitted us right away and we both went to ICU,”” he wrote. “I started feeling better within a few days but my wife got worse to the point where they sedated her and put her on the ventilator.”

Three weeks into their hospital stay, and Hitchnes noted that he still had the virus and pneumonia in his lungs, and his wife was in far worse condition.

“As of today my wife is still sedated and on the ventilator with no signs of improving,” Hitchens wrote. “There were a couple times were they tried to start weaning her off the ventilator but as soon as they’ve done that her oxygen level dropped and they had to put her back on the ventilator full time.”

Both my wife Erin and myself are at Palm Beach Gardens Medical Center. Do not know what rooms will be staying in yet we…

He then explained that he had come to terms with the fact that his wife might die. “This thing is nothing to be messed with please listen to the authorities and heed the advice of the experts,” he added. “We don’t have to fear this and by heeding the advice doesn’t mean that you fear it that means you’re showing wisdom during this epidemic time.”

Hitchens expressed his regret for not initially taking the virus seriously.

“Looking back I should have wore a mask in the beginning but I didn’t and perhaps I’m paying the price for it now,” he explained, adding that if he did get his wife sick, he knows that she and God forgive him.

My wife is still sedated and still on the ventilator but has been lowered to 70%. She is also on a machine that works…

On Monday, Hitchens addressed his haters in a Facebook post: “I just got to get something off my chest this morning. To all you haters out there that has sent me the nasty messages saying I deserve to die and all that I just got one thing to say to you and I hope you’re reading this loud and clear ready for this “I AM NEGATIVE”! “PRAISE THE LORD!” he wrote.

At least this guy knows how to admit his mistakes. I, too, was rather skeptical about declaring a pandemic. However, this did not stop me from staying at home for these two months. In fact, it was not easy for me. I used herbal sedatives to reduce stress. This is the only option that is easy to buy in an online store without a prescription - https://weedzy.co.uk/product-category/prerolls/ I also always wore a mask when I went out for groceries. I live alone so I just limited contact to a minimum. As you can see, this helped.

Hmmm....Ignore.com....to all the foolishness during this crisis. SELAH