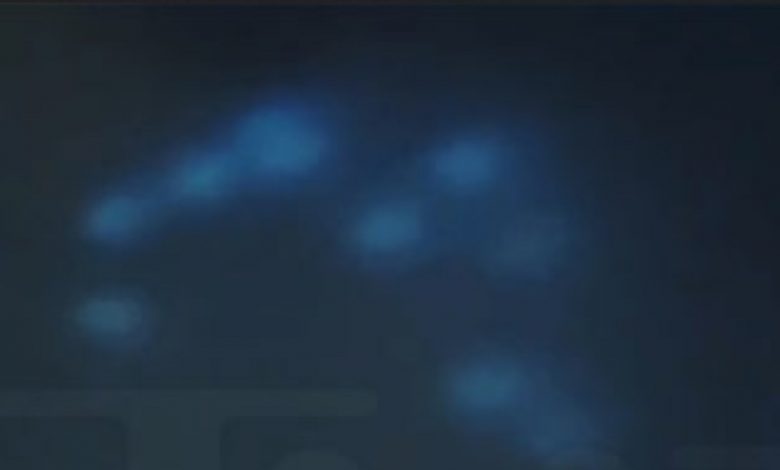 If you are a person who loves to watch the sky then you know that in years gone by the situation of UFO phenomena has become a mainstream topic based on the many unexplainable sightings reported across the world. Earlier this year the pentagon even made a monumental move towards the unveiling of the truth behind some of these unknown crafts spotted around the world, and they even went further by having a specific wing of their organization be dedicated to UFO research.

TMZ published an article showing a video captured on December 9 by a woman, who said her grandson alerted the entire family to the mysterious sight of the orbs flying around in the sky and encircling each other at a very high speed. The situation lasted according to Tmz between 30 and 40 minutes, and in UFO language the sighting has been described as a fleet.

Things have certainly been getting stranger over the past years, with some stating that mankind has reached an age of enlightenment that will bring forth the truths concerning extra-terrestrial intelligence.

Just recently the strange phenomena of unknown flying objects in the sky have resurfaced with the sighting of several orbs floating around in Chino Hill, California.

Comment by vaughn mitchell on February 19, 2022 at 11:39pm
They better stay in the sky. The moment they show their faces , white people will go crazy.

Comment by 1AGeorg Fabile on February 15, 2022 at 6:02am
Wordle Unlimited Unblocked games
If at the beginning of 2022 you already managed to sit on Twitter, then most likely you noticed posts with green, black and yellow squares. Under tweets with them, a discussion often erupts about the simplicity of the word and the strategies that a person used when guessing it. So what's the word? What strategies? This is a Wordle game that rallied a huge part of the Internet behind an old-fashioned pastime. The decision of the rebuses. All you need for Wordle is logic, knowledge of English and perhaps a Twitter account to share your results with friends.

Comment by 1AGeorg Fabile on January 16, 2022 at 8:01pm
More popular online Unblocked Games MOM can be found below

Scotty can you just beam me up already! Like earth so damn ghetto and I’m so over this covid s***!