Five dead after a small plane falls apart in the sky and crashes into California home, killing four people who were inside watching the Super Bowl 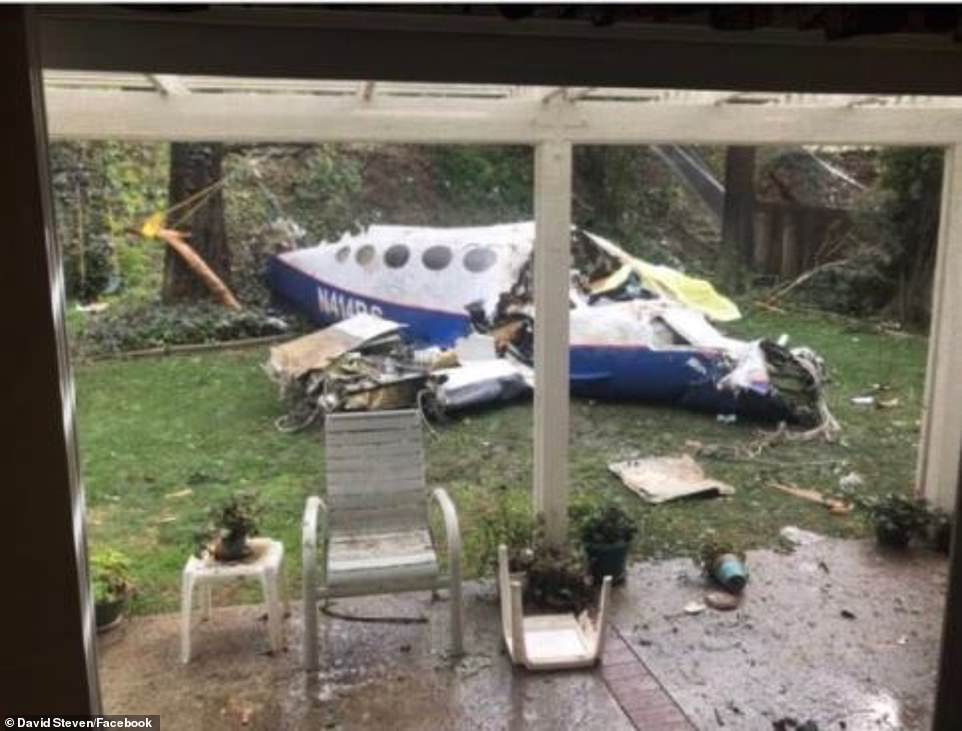 Five people are dead after a small private plane fell apart in the sky and plummeted in a fiery heap into a California home, setting fire to the house and killing four people who were inside at a Super Bowl party.

The Cessna 414A fell apart while flying over Yorba Linda, a suburb around 36 miles southeast of Los Angeles, on Sunday evening and was filmed plummeting towards the house.

The victims were two males and two females but it is not known how old they were.

Distraught neighbors told ABC that the home owners were throwing a Super Bowl party at the time of the crash.

It is not known how many people were in the home at the time but witnesses described seeing some survivors run out of the home screaming for loved ones who did not make it out.

There was only one person in the plane, a male pilot who has not been named either. Two people are being treated in the hospital for burns and a fire fighter was also injured.

After crashing through the house, the plane smashed through a fence and eventually came to a stop in the backyard of another home on the street behind the burnt property. 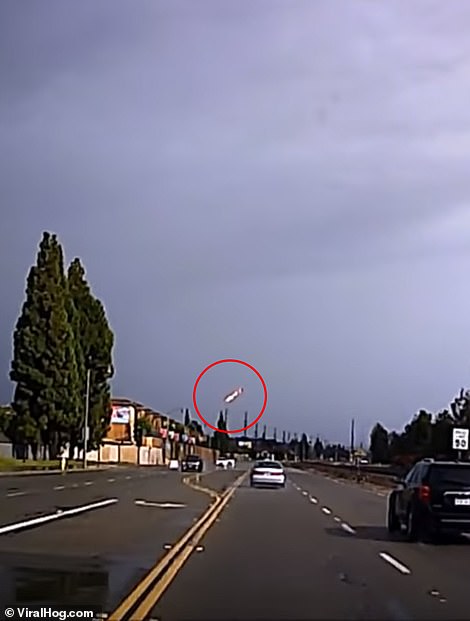 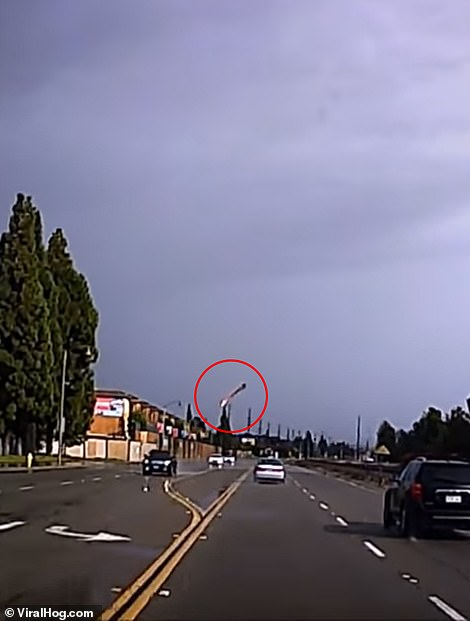 Dash cam footage taken by a driver nearby captured the moment the plane fell from the sky in a fireball and vanished out of view, crashing into the home and killing four people inside 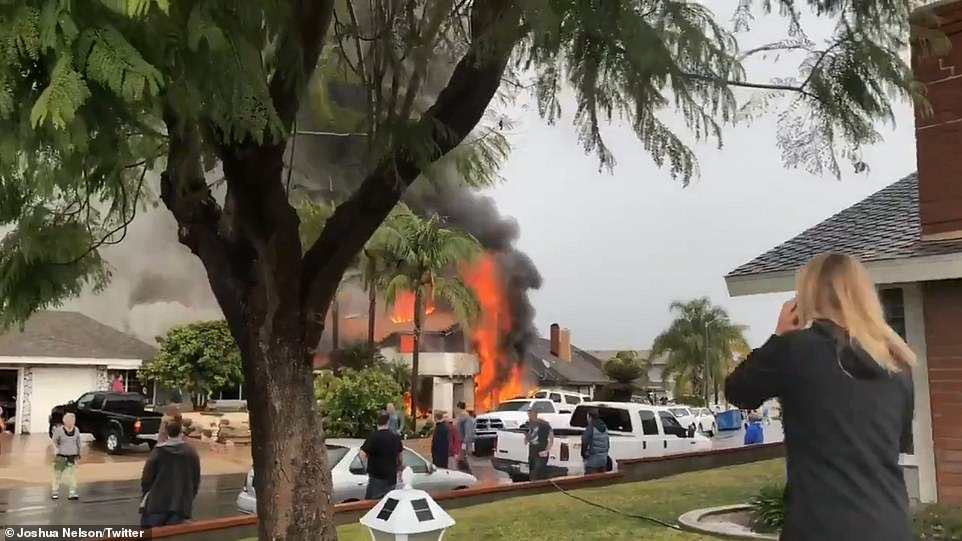 Horrified neighbors watched as the house was torn apart by flames with at least four people inside. None of the victims have been named

The plane's main carriage ended up in the backyard of the house behind the one it set on fire. The pilot, who has not been named, was the only person inside the eight-seater at the time 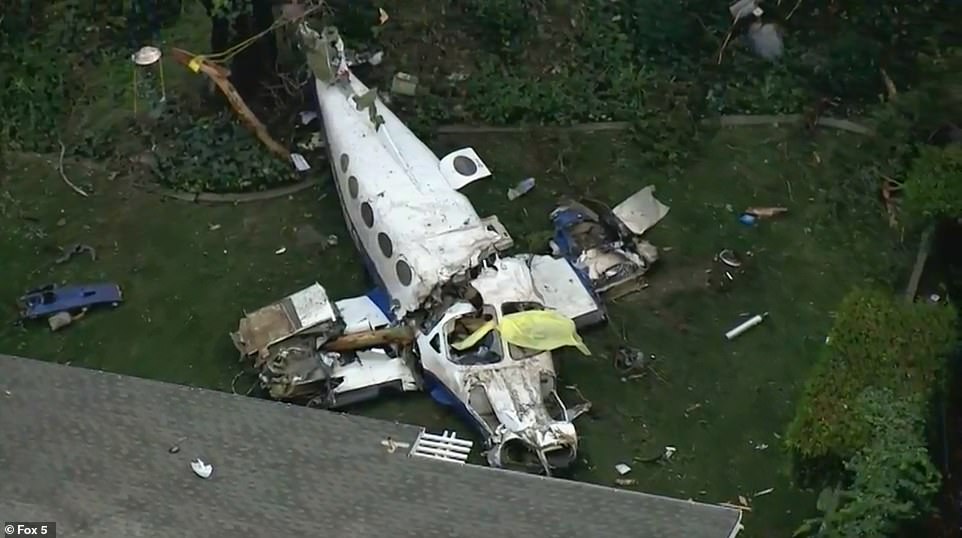 The plane is shown above in the backyard of the home behind the one it set on fire, where it eventually came to a stop. It is not known if the pilot was ejected from it 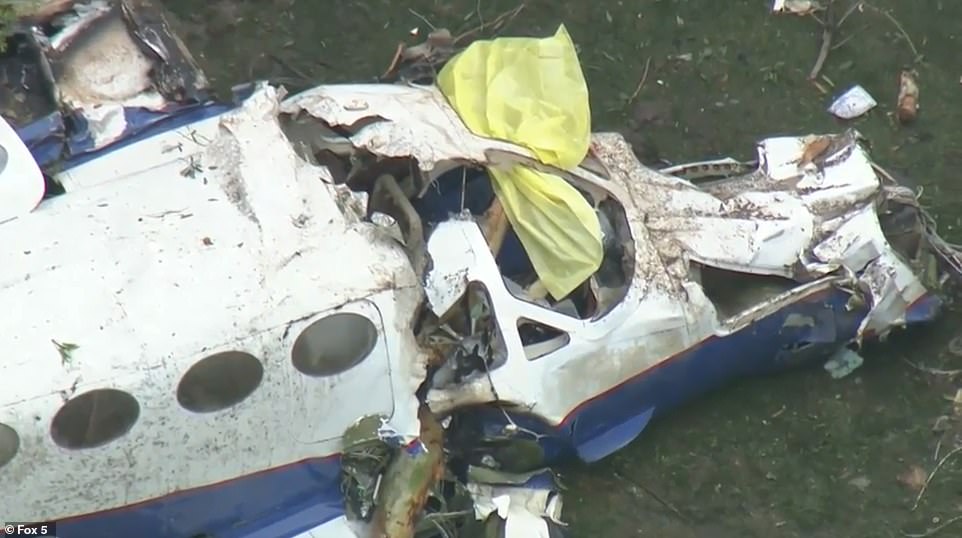 Parts of the plane, including one of its twin engines, landed in neighbors' yards.

The plane took off from Fullerton Municipal Airport about a dozen miles west of the blaze.

It is not clear where the pilot was traveling to or how long he had been in the air.

FAA records indicate that its registration was still pending. The address it is listed to is in Oregon.

'It was a boom. It sounded like something exploded. It shook our house,' said John Wolbart, who lives a block away from the home which was destroyed.

He said he ran to the burning house and saw a woman come out with singed hair.

Comment by Wayne Bacchus on February 5, 2019 at 6:33pm
my condolences to the families of the love one who lost their life