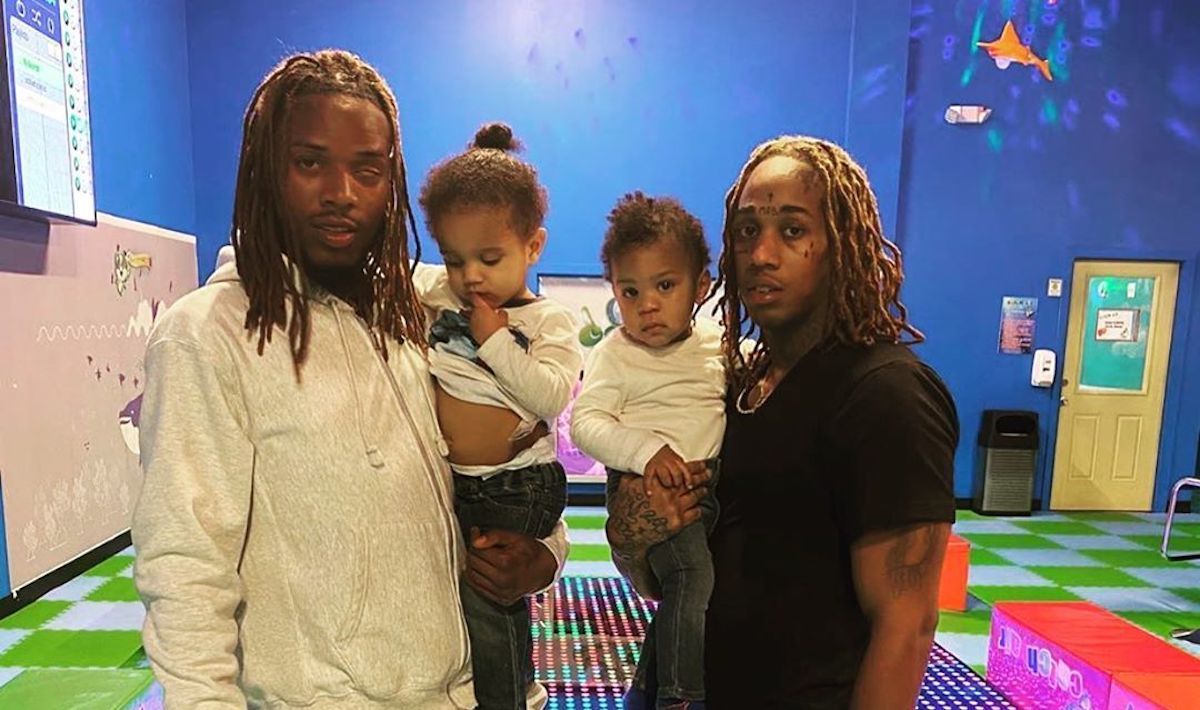 Fetty Wap is mourning the death of his brother.

New Jersey rapper Fetty Wap is currently in mourning following the shooting death of 26-year-old Twyshon Depew, who the “Trap Queen” rapper dubbed as his “twin.” While both men share different last names along with different birthdays, it’s clear that the bond between them was strong. This makes Fetty’s reaction to his death all too surreal, as the rapper labels himself a failure for not ensuring his ‘lil bro’ made it off the gritty streets.

“I love you lil bro my twin … R.I.P… I failed you bro I’m sorry,” penned Fetty below an image of himself and the deceased holding their little ones. “I keep calling ya phone and you won’t pick it up and that s*** never ring 3 times now it’s straight to vm I love you lil bro I really thought I could get you out before I ever had to make a post like this lil bro like wtf,” the rapper explains. 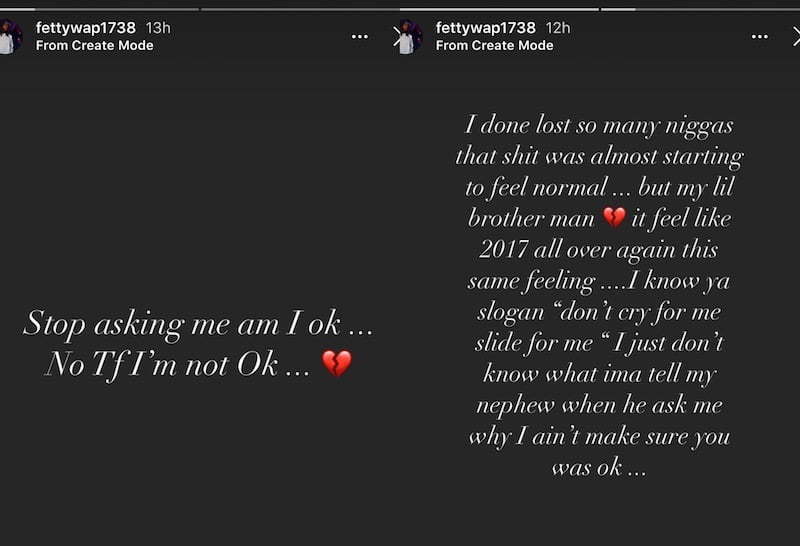 According to The Daily Voice, Depew was hit with bullets while on “Lawrence Street across from Wrigley Park near Rosa Parks Boulevard around 9 p.m.” He was transported to St. Joseph’s Regional Medical Center by a private vehicle. However, he succumbed to his injuries just after 11 p.m., said Paterson Police Chief Ibrahim Baycora.

As seen from a few later posts to his Instagram account, Fetty Wap is having a tough time dealing with Depew’s untimely death, with one of his main concerns being his nephew’s reaction in the future. “I done lost so many n__gas that sh_t was almost starting to feel normal,…but my Lil brother man…I feel like 2017 all over again this same feeling,” came the sad revelation from the 29-year-old rapper. “I know your slogan ‘dont cry for me slide for me.’ I just dont know what Ima tell my nephew when he ask me why I ain’t make sure you was ok..”

While the comment section below Fetty’s initial post has been disabled, fans have been sending him their condolences through other platforms covering the story. Urban Islandz would also like to extend condolences to Fetty Wap and other members of the victim’s family.