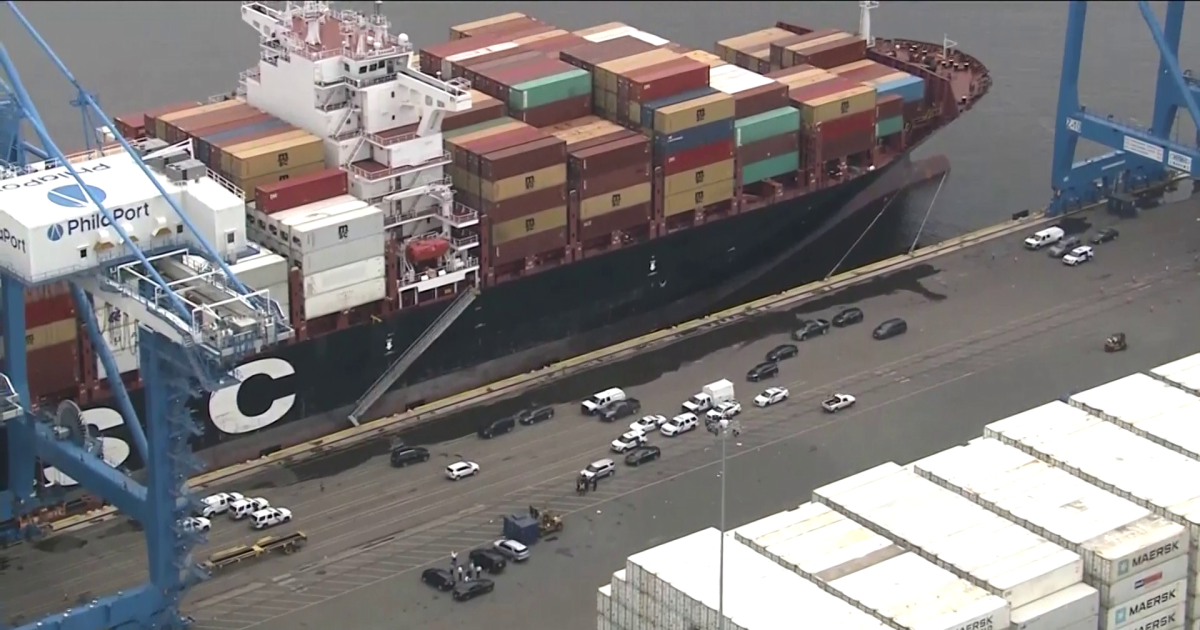 Federal officials made a massive cocaine bust in Philadelphia Tuesday, seizing an estimated 16.5 tons of the drug from a ship there -- with a street value of over $1 billion, officials said.

The historic bust -- the largest in the history of the Eastern District of Pennsylvania -- comes amid a series of large seizures of the drug in the Northeast, including a record seizure of $18 million worth of the drug in March

New York saw its largest cocaine bust in a quarter century in that months as well with $77 million worth of the drug seized from a cargo ship in the port of New York and New Jersey. 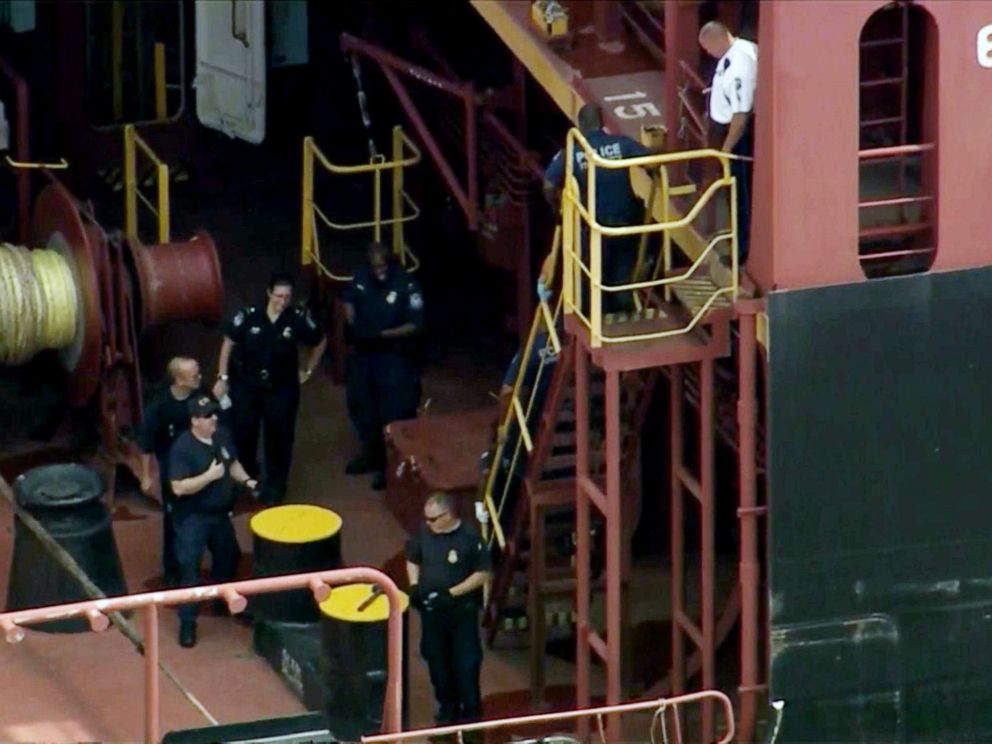 An official said the ship, the MSC Gayane, was headed from Chile to Europe when the drugs were found in Philadelphia at the Packer Marine Terminal. Members of the crew were charged, according to the local U.S. attorney's office.

The drugs were concealed in seven shipping containers aboard the boat, which started its journey on May 31 and stopped in a number of places before landing in Philadelphia. When agents opened up the containers they saw the drugs in bags, the official said.

According to a senior Justice Department official, U.S. Customs and Border executed the seizure based on a joint investigation between the Department of Homeland Security and Drug Enforcement Administration.

In a statement, MSC said it takes the matter "seriously."

"MSC Mediterranean Shipping Company is aware of reports of an incident at the Port of Philadelphia in which U.S. authorities made a seizure of illicit cargo. MSC takes this matter very seriously and is grateful to the authorities for identifying any suspected abuse of its services," the company said in a statement.

"Unfortunately, shipping and logistics companies are from time to time affected by trafficking problems. MSC has a longstanding history of cooperating with U.S. federal law enforcement agencies to help disrupt illegal narcotics trafficking and works closely with U.S. Customs and Border Protection (CBP). MSC is committed to working with authorities and industry groups worldwide to improve the security of the international supply chain and ensure that illegal practices are dealt with promptly and thoroughly by the relevant authorities."

Traffickers have been seeking out a new market for cocaine by mixing it with the powerful drug fentanyl, which is 50 times more potent than heroin and 100 times more potent than morphine. Synthetic opioids, like fentanyl have been responsible for thousands of overdose deaths a year, according to the Centers for Disease Control and Prevention.
“Cocaine, New York’s nemesis of the 90s, is back-indicating traffickers push to build an emerging customer base of users mixing cocaine with fentanyl,” DEA Special Agent in Charge Ray Donovan said at the time of the New York seizure. “This record-breaking seizure draws attention to this new threat and shows law enforcement’s collaborative efforts in seizing illicit drugs before it gets to the streets and into users’ hands.”

A criminal complaint filed in the Eastern District of Pennsylvania on Tuesday named two defendants, Ivan Durasevic and Fonofaavae Tiasaga, the ship's second mate and a crew member, respectively.

After boarding the Gayane yesterday morning in Philadelphia, Coast Guard personnel did a cotton swab of the crew members' arms and detected cocaine on Durasevic, according to the complaint.

Durasevic allegedly told investigators that he was told by the ship's chief officer to come down to the deck after it had departed Peru.

Durasevidc told investigators that he saw nets near the ship's crane that contained bags with handles transporting the cocaine, and he and around 4 others hoisted the bags onto the ship and loaded them into the containers after being promised by the Chief Officer that he would be paid $50,000, according to the complaint.

According to Tiasaga, he allegedly assisted in loading bales of cocaine that were brought alongside the ship by smaller boats both before and after they docked in Peru.

Cocaine's resurgence was also linked to an overabundance of cocaine supply in Colombia, after the country stopped eradicating the coca plant.

In the New York case, the drugs were hidden behind boxes of dried fruit on a ship bound from Colombia to Antwerp, Belgium. It wasn't clear if the drugs were headed to Europe or the U.S.

In the Philadelphia case from earlier this year, cocaine was found in duffel bags in a shipping container aboard the MSC Desiree, which was headed from Colombian to Europe.

Comment by mr1stroke on June 22, 2019 at 12:51am
they will want their drugs back, so there will be a few murders or they will come for the drugs or the cops will have to sell it back to them at wholesale prices

Man please,  somebody ratted them mothers out, a billion hell them lousy ass cops or port police, customs agents, FBI, CIA, DEA, none of them mothers are that got damn good. They got ratted out, and about 600 of them mothers, gone be dead soon!!!!!!! A billion  GOT DAMN!!!!!!!!!!!!!!