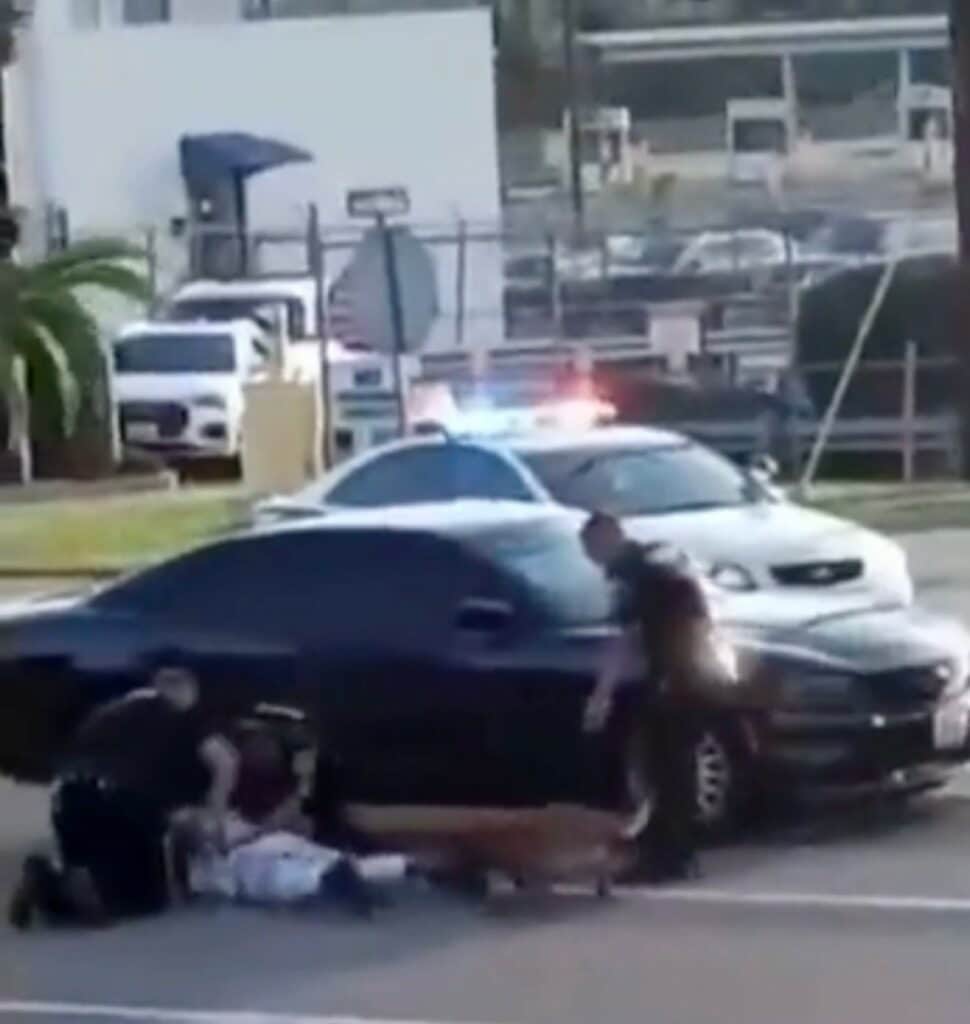 The FBI is reportedly investigating why officers with the Missouri police department allowed a police dog to repeatedly bite a detained Black man.

The disturbing footage shows the suspect with his hands on a squad car when the canine is released and begins biting his foot Monday in the St. Louis County city of Woodson Terrace. After several seconds, two officers take the man to the ground, with the dog still chomping on his right foot, the clip shows. The man then tries to stand up but is taken down by the dog again.

“Don’t let the dog bite him,” a woman is heard yelling on the video. “Are you serious? Oh my God. You let him bite him.”

The cops appear to handcuff the suspect, whose name has not been released.

According to a police Facebook post, cops responded to the scene Monday night on a trespassing complaint.

“Our officers made contact with the subject and the subject immediately started threatening to kill the officers and identified as a sovereign citizen,” the post said. “The subject continued yelling obscenities and telling the officers he would not comply and he ‘will not obey our contract.’”

“The subject was then warned several times that if he did not comply the K9 would be released,” the post said. “The subject continued to resist causing minor injuries to one of the officers so the K9 was released and the K9 gained control of the suspect’s foot.”

The department said the dog was released as the man continued to resist. According to the report, he was treated for unspecified injuries at the hospital and released. Charges against him are pending.

Halsted said his department is “fully cooperating” with the federal probe.

Local activists have expressed outrage over the footage (watch via the Twitter clip above).

“We are outraged by the vile and despicable behavior of the Woodston Terrace police officers,” community activist Zaki Baruti told the Associated Press.

Not a good news..

Comment by It’s Official on September 30, 2021 at 8:27pm
Every citizen need to take action against this instead of video taping it. If neighborhoods and passerby’s need to stop being scared and police the police. Everytime people witness a ‘ABUSE OF FORCE’.. stop get involved..and I don’t mean video tape