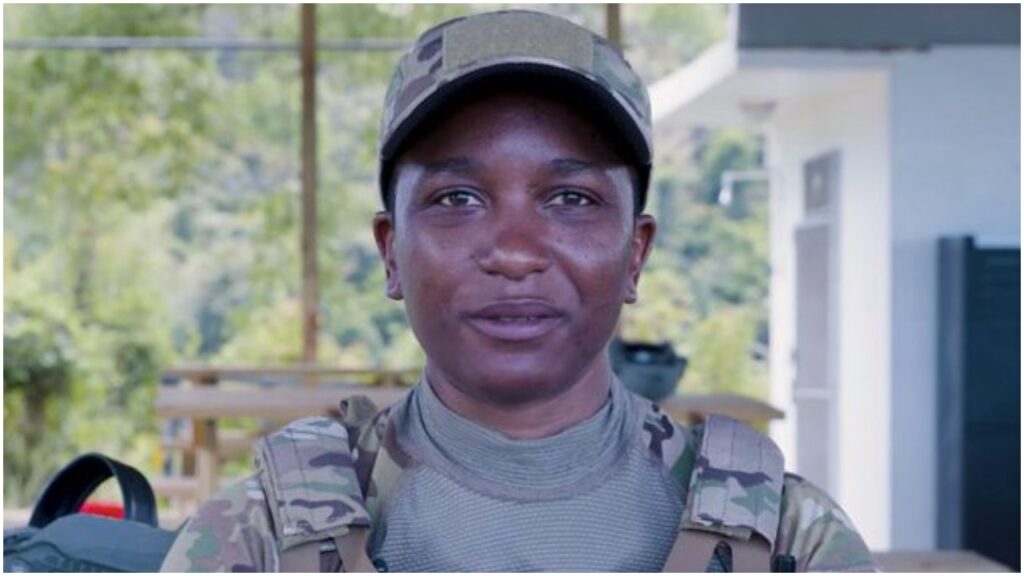 An FBI agent in Puerto Rico is reportedly the first Black woman selected to train for the bureau’s SWAT teams.

The newly chosen agent, who has only been identified as Tai, will be undergoing New Operator Training School (NOTS), a 10-week course that prepares selectees for SWAT field operations, the FBI said in a news release. If Tai passes NOTS, she will join the San Juan Division’s SWAT team as a probationary member. Within six to 18 months, she will undergo more training to become officially certified, according to the FBI.

“I’m one of those people where I have a task at hand and I just focus on that task,” she said in the release. “I don’t really think about people looking at me.”
Check out Tai in action via the clip below.

“Hopefully somebody will see that I was able to do it,” Tai added. “I’m not the biggest person. I’m not as strong as some of these guys. But as long as you have perseverance — because it does get really tough — you push through it and keep going.”

San Juan SWAT Senior Team Leader Mike Dubravetz “sees a lot of promise in Tai,” according to the release.

“There are no guarantees for success, but she’s been willing to tackle this,” Dubravetz said. “I’m impressed with her performance. She wouldn’t have made it through the selection process if she didn’t demonstrate that she has what it takes to be successful.”

Tai, 32, became an FBI agent four years ago. She was inspired to join the bureau after seeing its response to the 2016 mass shooting at the popular gay Pulse nightclub in Orlando, Florida. The shooting left 49 people dead and dozens injured.

“The amount of assets and the professional attitude of agents,” Tai said. “They were organized, and they got stuff done.”

Before joining the FBI, Tai was a deputy with the Orange County Sheriff’s Office in Orlando for five years, per the report.

“I like to help,” she said. “Even on patrol, I’d always say that jail isn’t always the answer. Sometimes someone just needs to be listened to or things can be worked out. That’s just part of listening and trying to help the community that I was serving.”

They deserve to improve every second in their ife..

Lol I like when negros are proud of announcing they are the first this and that, what change have all the rest of the first this and that have done for the community, what power have you hold, is there a different with you being the first or none for,black people, are May be all of,you are just being greatful being in the presence of white people, take some proud, make some changes to grow your people, none of you make decisions without white people unless it benefits white people