FAT BOY IS BACK ON TRACK! GEORGE ZIMMERMAN IS SPOTTED GUN SHOPPING! HOW COULD THIS HAPPEN! 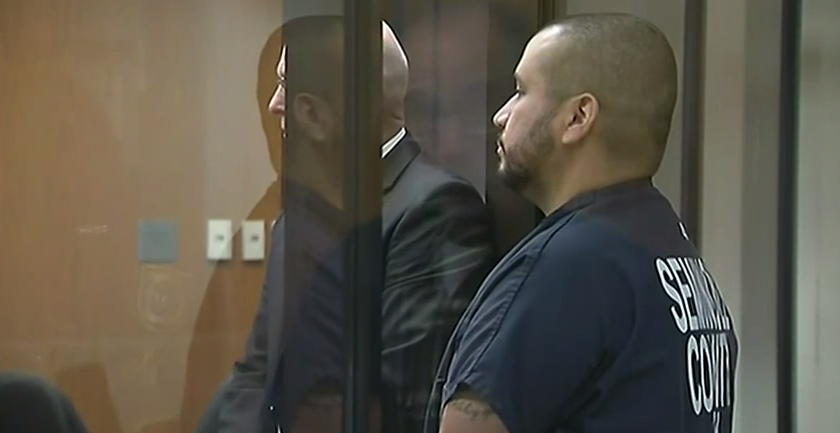 Florida authorities say George Zimmerman, whose acquittal of murdering an unarmed black teen sparked a national debate on race and self-defense laws, has been arrested for allegedly throwing a wine bottle at his girlfriend.

The Seminole County Sheriff's Office says the 31-year-old Zimmerman was arrested for aggravated assault in Lake Mary about 10 p.m. Friday and is being held at the John E. Polk Correctional Facility.

During a court appearance Saturday morning, Zimmerman's bond was set at $5,000 and he was ordered to avoid contact with the woman who was not identified.

Judge John Galluzzo gave few details of the incident, but said a wine bottle was involved and that the alleged assault happened at Zimmerman's home. Prosecutors questioned whether substance abuse treatment was needed, but the judge said that didn't seem to be a factor.

After the brief hearing, Zimmerman's attorney, Don West, told the Orlando Sentinel (http://tinyurl.com/me467wh) his client was arrested after allegedly throwing a wine bottle at his girlfriend several days ago.

Zimmerman was also told by the judge to stay out of Volusia County, where the woman lives.

The judge ordered Zimmerman to pack up any personal belongings his girlfriend may have left at Zimmerman's home and give them to his lawyer.

Zimmerman, who wore blue scrubs and handcuffs, appeared calm during the brief hearing. At one point, he laughed and joked with an officer as he signed paperwork.

Although the incident didn't involve a firearm, the judge ordered Zimmerman to surrender any weapons out of an abundance of caution.

Zimmerman is scheduled to appear back in court on Feb. 17.

No further details about the alleged assault were released. A message left for Seminole County Sheriff officials seeking further information about the incident was not immediately returned Saturday morning.

Zimmerman was acquitted in 2013 of a second-degree murder charge for shooting an unarmed teenager, Trayvon Martin. 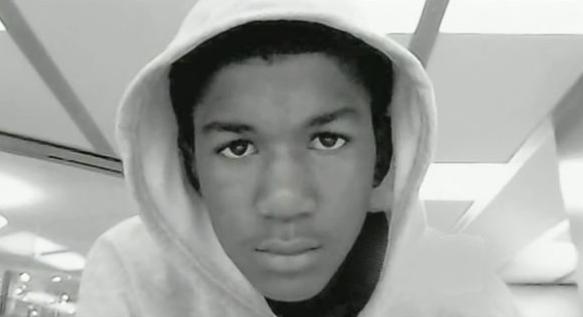 Since his acquittal, Zimmerman has had several brushes with the law:

— He was arrested on charges of aggravated assault, battery and criminal mischief after his then-girlfriend said he pointed a gun at her face during an argument, smashed her coffee table and pushed her out of the house they shared. Samantha Scheibe decided not to cooperate with detectives and prosecutors didn't pursue the case. 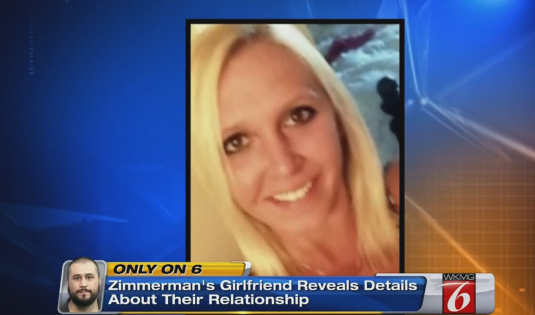 — Zimmerman was accused by his estranged wife of smashing an iPad during an argument at the home they had shared. Shellie Zimmerman initially told a dispatcher her husband had a gun, though she later said he was unarmed. No charges were ever filed because of a lack of evidence. The dispute occurred days after Shellie Zimmerman filed divorce papers. 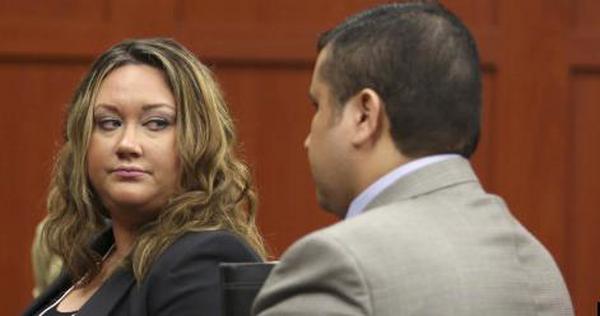 — Zimmerman has also been pulled over three times for traffic violations since his acquittal.

AN EXTREME LOWLIFE HOW DARE HIM! WHAT COMES AROUND GOES AROUND! FAT BOY IS GONNA GET HIS!

The stop at a gun dealer in Cocoa, Fla., marks the third time Zimmerman has been seen in public since being acquitted of second degree murder in the death of Trayvon Martin.

Perhaps George Zimmerman is preparing to stand his ground all over again.

Zimmerman was spotted on Thursday shopping for a new gun in Cocoa, Fla., the gossip website TMZ reported.

He stopped in at Kel-Tec gun dealership and inquired about a Kel-Tec KSG.

The 12-round, 12 gauge shotgun has a manufacturer's suggested retail price of $1,197, and is manufactured by the same company that made the PF-9 gun that Zimmerman used to kill Trayvon Martin.

He just want some attention

Comment by Robert on January 11, 2015 at 1:39pm
like old J Simpson who got away with the major crime.. but eventually his stupidity will get him caught and sent away for real

Comment by glen la on January 11, 2015 at 10:25am
Well lets see! OJ Simson got locked up for a long time and it took a while for them ti finally put him away after setting him up. Lets see how long it will take to put MR. Zimmerman away for thinking he is above the law.

Ruff, you are so right.  We will always be misrepresented in a negative light as long as our popular youths don't set good examples as role models for the young impressionable ones to follow. All of the rappers and musicians, sports figures and others could really make a massive positive change in our young and throughout the neighborhoods in the ghettos.

I can tell you why he is still walking because alot of blacks are delusional!!!! I told you he was going to walk ,I told you white America would embarace him ,let 2chains,Future,lil strain and the rest of those idiots keep being the voice of our young black america , Let your precious RIRI shacken her ass on Video See what happen When Miley Cirus Tried it !!!!! I give up!!!! Keep letting our youth end up on TV for dumb s*** !!!!! Contrary to popular concept We are still miss represented in the Global scope of things !!!! Keep Thinking Malibu gangster was a joke beleive it or not that is how alot of our culture is presented to white america MTV,BET,VH-1

wow, see I'd try to tell you we don't have RIGHTS!

It may be up to the cop as long as there is not acrime involved like murder or Homoside lol !!! IDK  but I will look it up over the weekend if I have time !!!! Bless up hell there are some screw drivers that do way more damage but thats another story besides not down with the Trinitorios!!!! thats they thing!!! LOL Bless

Comment by Dexter on August 26, 2013 at 12:48pm
@Ruff, I was just talking to my brother saturday night about the length of the knife blade & we both heard the same, that it can't be longer than the width of the palm of your. Same thing with me, I always heard you can have it in a sheath (case) on your belt. A lot of these newer knives like the one I have has that clip so you can clip it right to your belt. The problem with my knife though is even though its the right size, it looks like a tactical knife & it says smith & Wesson on it. Too me its a work knife that I forget to leave home on the weekends. The knife also has a glass breaking tip on the handle & a seatbelt cutter. As a truck driver, for me its a tool. If I come across an accident & have get someone out of a vehicle or even if I have cut something open for work, it comes in handy.