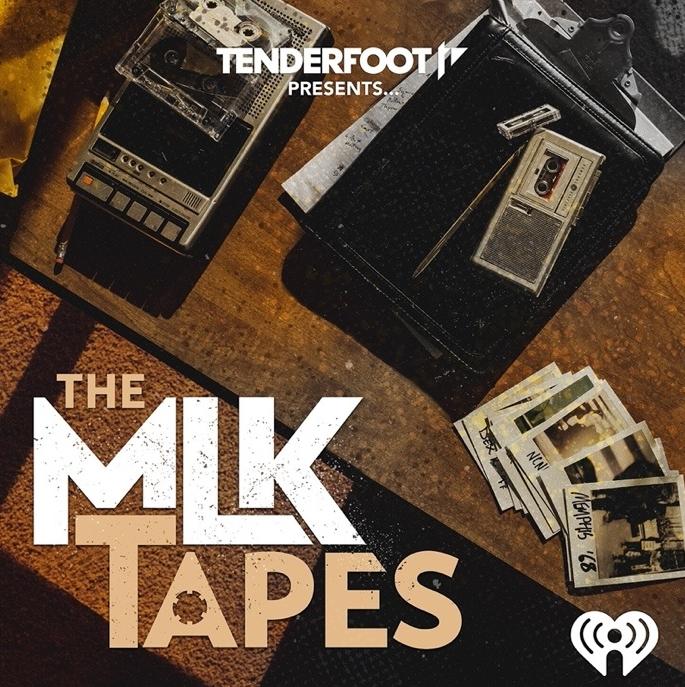 Did you know that a wrongful death lawsuit filed by the King Family concluded that Martin Luther King’s death was the result of a conspiracy involving multiple groups, including government agencies? Or the all-black police security detail, normally assigned to King, did not guard him on his final visit to Memphis? Instead, they were replaced by an all-white detail that left at 5PM and didn’t return at all the next day, April 4th, the day that King was murdered.

These are just a few teasers of information being discussed on “MLK Tapes,” a new podcast from iHeart and Tenderfoot TV. The series, which is focused on unveiling information and shocking details surrounding Martin Luther King Jr.’s assassination, is set to premiere January 10. Listen to the trailer below.

The new series is hosted by William (Bill) Klaber, author, and co-host of the podcast “The RFK Tapes.” He’s spent decades exploring the true story of what really happened to Dr. King and has challenged evidence that we thought we knew about the case. Now, he’s unveiling little-known details surrounding the tragic assassination, including the original recordings of witnesses who heard, saw or did something on or around the day Martin Luther King Jr. was killed, as well as new interviews

A Truly controversial topic this is.. comments below too.. everyone has their opinion..

Comment by mr1stroke on January 11, 2022 at 10:38am
But you cannot say f*** the white men, either you have to go punch a clock for him, or get the free hand outs lol, seriously why would your comment means anything, oh well be proud to be a salve until you die, no success story

Comment by mr1stroke on January 10, 2022 at 3:20pm
The sad part negros celebrate MLK for 2 reasons, 1 is because the white men tell them so and 2 because its a day of from work, anything to stay home and get drunk, tell them to celebrate the birth of the devil, they will gladly do like they celebrate Halloween and those other holidays with no meanings.

Niggers will give you any excuses why they don't celebrate kwanzaa, but wait until white people start selling it to them like they are selling every black businesses to make up for their pandemic losses, just like many did not give a damn about Juneteenth like the niggers from NY over the years I put them on blast to do their history , now they are will be celebrating juneteenth because their master Biden told them so

Every MLK starts my new year, which means my last weekend to party, drink or be lousy until May, I volunteer where it needed, I get all my plans and business in prospective, if I am so wrong how come for over 20 years I have yet to know what financial distress is, or any of those problems you people be complaining about even health problem, during the 2020 it was the worse year for many of you, but the best year in years for me and my family, do your history MLK is not just a day, it is every day to reflect on those who died for a purpose, what he fought for, and the issues we are still having as a people.

Many are so ungrateful and willing to criticize, but my question to them, what have you done, who have you help or save, what is your true contribution to black struggle, some of you can't even tell me the name of one shelter and which one you have help for 2021, who is your leader today and what have your leader done for you? Martin Luther junior fight was our fight and remain our fight, the prediction of Malcolm X is today's America and will be for the future because white people control the mind of niggers, they continue to hate their selves and anything that black and beautiful, white people will continue to build wealth with black history. While you struggle and continue to be their slaves