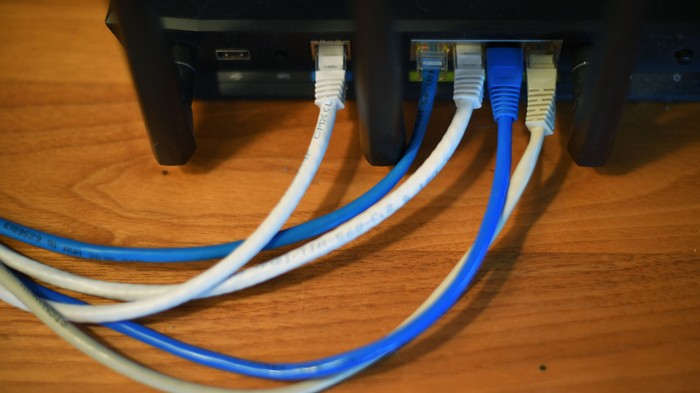 As millions of Americans hunker down to slow the spread of COVID-19, U.S. broadband networks are seeing a significant spike in usage. While industry insiders say that the U.S. internet should be able to handle the strain overall, broadband availability, affordability, and slow speeds could still pose a serious problem for many housebound U.S. residents.

In a blog post, Cloudflare noted that Seattle, ground zero for the U.S. coronavirus spread, has seen internet usage spike by some 40 percent. Key internet exchanges in cities like Amsterdam, London, and Frankfurt have seen a 10 to 20 percent spike in traffic since around March 9.

ISPs use a number of modern network technologies to handle congestion in real time, often letting them intelligently and automatically “deprioritize” the traffic of heavy users in overloaded areas. Even then, the massive surge in usage will likely impact U.S. broadband speeds in the weeks and months to come, industry trackers say.

Broadband Now, a company that tracks U.S. broadband availability and speed, told Motherboard that six of the biggest U.S. cities by population have seen little to no change in median speed test results from the past 11 weeks. But four cities—Houston, New York City, San Diego, and San Jose — have started to see slower average speeds overall.

“It stands to reason that we may not yet be seeing the ‘peak’ of network demand, and that many more businesses, schools and universities may end up closing or shifting workers and students to remote situations in the coming weeks,” Broadband Now Editor and Chief Tyler Cooper told Motherboard.

“Because we are a broadband-only provider, our customers are one-hundred percent cord-cutters, so we’re accustomed to seeing heavy data usage,” Lam Abrams said. “Our subscribers skew towards heavy video streaming and gaming, and many were already accustomed to working from home for at least part of the week, so the increase in traffic was not unexpected and is in line with what we were anticipating.”

Other residential ISPs may not be so lucky. U.S. phone companies, for example, have neglected their networks for the better part of the last decade, refusing to upgrade or even repair slow and aging DSL lines in many areas despite billions in taxpayer subsidies. As a result, many of these lines may buckle under the demand of a full family’s internet usage.

ISPs like Verizon that have upgraded to fiber say they expect no major disruptions due to the additional load. Many major ISPs have suspended usage caps and overage fees in response to COVID-19, after critics complained that such restrictions don’t actually help manage congestion—and are little more than glorified price hikes on uncompetitive markets.

Starry’s claim to fame has long been the avoidance of such caps, something the company says shouldn’t be a problem in the days and weeks to come.

“Our network self-monitors to accommodate for increased demands,” Lam Abrams said. “The way we’ve built it creates elasticity for our network to be responsive in real time, which is why we are adamant about having no data caps. We also have built tremendous capacity in our network, so we have no concerns on that front.”

Not everybody was quite so optimistic. Stealth Communications has sold fiber broadband access to businesses in New York City for 25 years. CEO Shrihari Pandit told Motherboard that things could get rocky for residential users on lower quality connections.

“We anticipate the huge shift to working from home will quickly overwhelm the capacity of residential communications infrastructure,” Pandit predicted.

The upstream speeds of many U.S. cable and DSL connections are already fairly pathetic, Pandit said, making them “ill-suited to many business use cases like cloud, VoIP, webinars and video-conferencing.” Pandit added that cable systems share bandwidth via local nodes that could also face congestion on a neighborhood by neighborhood level.

“Most business ISPs are well-engineered to handle large volumes of traffic,” he added. “Residential ISPs on the other hand, will be hard-pressed to mitigate usage peaks.”

Blair Levin was a former FCC chief of staff and co-author of the agency’s 2010 “National Broadband Plan.” He told Motherboard that accurately predicting COVID-19’s impact on the internet is difficult because nothing on this scale has ever happened before.

“I don't think anyone knows,” Levin said. “First, the FCC has done such a poor job of collecting data that we don't know where we are on many points. Second, we really don't know how much bigger the bandwidth demands will be. So this situation will be a stress test and show us where we are strong and where we are weak.”

Like Pandit, Levin predicted that some residential connections won’t be able to take the load of entire families working and learning from home. But he noted that an overall internet apocalypse isn’t likely to occur based on data from other countries already on lockdown.

“We haven't seen that happen in Italy or other countries who are ahead of us in terms of social distancing,” he said. “Increased traffic, yes, but the networks are built for peaks, not averages and so far the networks are doing ok in most of the world.”

That said, Levin was quick to note that affordability and availability will remain a problem for many families, given an estimated 42 million Americans lack access to any kind of broadband line (fixed or wireless) whatsoever. Many more Americans can’t afford a broadband connectionthanks to limited U.S. broadband competition and the politicians lobbied to keep it that way.

Levin said there are other potential pitfalls that could stem from mass quarantines, including a spike in privacy violations and cybersecurity attacks due to sensitive business increasingly being conducted at home. VPNs can mitigate this risk for many, but they too create another layer of potential congestion among providers not prepared to handle the load.

“Bottom line, this is a stress test in which problems will occur but overall, the communications networks will fare far better handling the surge than the hospitals,” Levin said. “I hope that when this is done there is an honest study of what happened so that we have a better map of what is working and what isn't.”

No doubt business (and not only) nowadays struggles a lot because of the economic crisis and the covid-19 outbreak. But this pause can be used to learn more about useful aspects of business, marketing, consulting, and other things. Check an article on a salesforce hiring manager. This is quite interesting information.