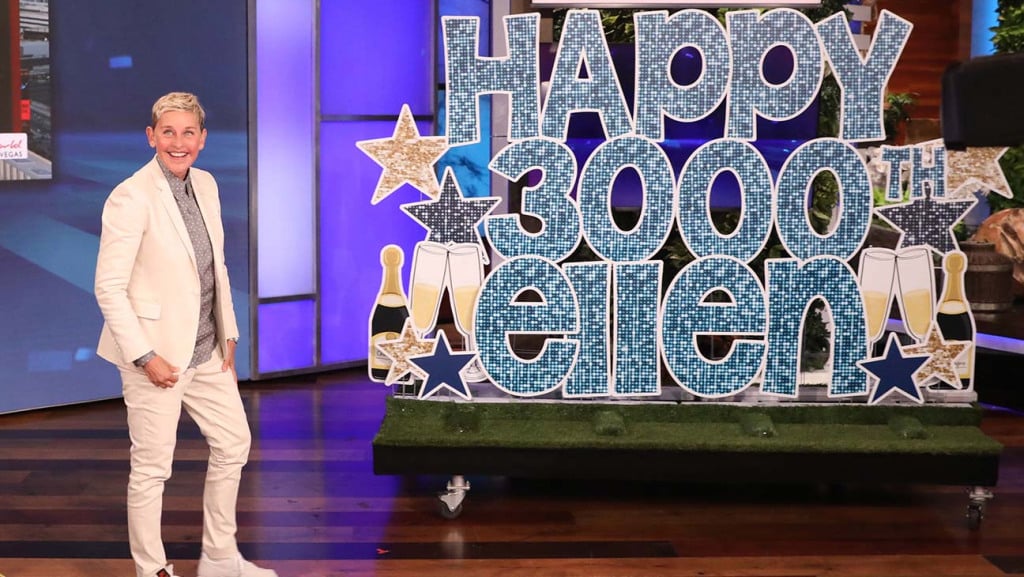 In this photo released by Warner Bros., a taping of “The Ellen DeGeneres Show” is seen at the Warner Bros. lot in Burbank, Calif. (Photo by Michael Rozman/Warner Bros.)

Ellen DeGeneres has announced that her daytime talk show, which debuted in 2003, will wrap up in 2022.

In a new interview with The Hollywood Reporter, the former stand-up comic said she needs “something new to challenge me.”

“When we did our 3,000th show, they showed that highlights montage and everybody was emotional. We all hugged and everyone had tears in their eyes, and [WB Unscripted TV President] Mike Darnell was here, going, ‘You really want to [end this]?’ Look, it’s going to be really hard on the last day, but I also know it’s time,” DeGeneres told THR. “I’m a creative person, and when you’re a creative person you constantly need to be challenged, which is why I decided to host the Oscars or why I decided to go back to stand up when I didn’t think I would. I just needed something to challenge me. And as great as this show is, and as fun as it is, it’s just not a challenge anymore. I need something new to challenge me.”


Last July, DeGeneres sent a lengthy memo to staff, saying she is “glad the issues at our show were brought to my attention” and that they are “taking steps … to correct” them.

She began her message, “Hey everybody – it’s Ellen. On day one of our show, I told everyone in our first meeting that The Ellen DeGeneres Show would be a place of happiness – no one would ever raise their voice, and everyone would be treated with respect. Obviously, something changed, and I am disappointed to learn that this has not been the case. And for that, I am sorry. Anyone who knows me knows it’s the opposite of what I believe and what I hoped for our show,” Ellen wrote, per PEOPLE.

DeGeneres tells THR that the accusations “almost impacted the show” but are not the reason she’s ending it.

“It was very hurtful to me. I mean, very. But if I was quitting the show because of that, I wouldn’t have come back this season. So, it’s not why I’m stopping but it was hard because I was sitting at home, it was summer, and I see a story that people have to chew gum before they talk to me and I’m like, ‘OK, this is hilarious.’ Then I see another story of some other ridiculous thing and then it just didn’t stop,” she explained. “And I wasn’t working, so I had no platform, and I didn’t want to address it on [Twitter] and I thought if I just don’t address it, it’s going to go away because it was all so stupid.”

She continued, “It destroyed me, honestly. I’d be lying if I said it didn’t. And it makes me really sad that there’s so much joy out there from negativity,” Ellen said. “It’s a culture now where there are just mean people, and it’s so foreign to me that people get joy out of that. Then, on the heels of it, there are allegations of a toxic workplace and, unfortunately, I learned that through the press. And at first, I didn’t believe it because I know how happy everybody is here and how every guest talks about, ‘Man, you have a great place here. Of all the talk shows I’ve done, everyone here is so happy.’ That’s all I’ve ever heard. … I can see people looking at that going, ‘You don’t care about what people [went through.]’ I care tremendously. It broke my heart when I learned that people here had anything other than a fantastic experience — that people were hurt in any way.”

DeGeneres will discuss the show’s ending on the May 13, episode.