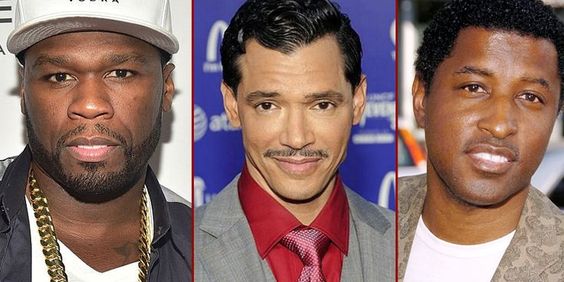 El Debarge previously opened up about his 22-year crack and heroin addiction. But what you may not know is that after he got clean and sober following a two-year prison stint, he almost relapsed and it was rapper 50-Cent who stepped in and saved him

As reported by I Love Old School Music, El Debarge spoke to V103 in Atlanta a while back and revealed the time he almost relapsed in 2012, but was saved by Fiddy and music producer Babyface. Here’s what he had to say:

“I had my own intervention, I felt like I was about to go and pick up some drugs again. I could almost feel the taste in my mouth. When I was busy, when I was on the road doing things, I just didn’t have that taste…didn’t have that sensation. Once you sit down and you get some time with yourself, then you know who you REALLY are.

So I called 50 Cent up and I called Babyface up and I said ‘You guys gotta help me man.’ And 50 came to my rescue, he took me over to Babyface, who met me over at Interscope and they sent me to a place called the Harbor House in Jackson, MS. They said get out of L.A. I was there for 6 weeks. […] That’s another reason why you didn’t hear from me, I was in a treatment center.”

And there you have it

Throwback pic of El Debarge and his kids (via Pinterest)

In related news, El Debarge once opened up about his struggles to reconnect with his 12 children and why he lost one of them.

In an interview with Jet magazine, El discussed his kids (11 biological and one he’s accepted as his own) by 5 different mothers (3 of whom he was married to). After overcoming a 22-year drug habit that largely kept him away from his kids. El revealed: “I intend to be in their lives forever. God gave me a second chance. I am so very glad with what is going on with my career, but I want to be a success in my relationship with my children”, DeBarge says.

He also recalled how he lost his 3-year-old daughter. “I have one child that I lost to the system when I was on drugs”, he said, noting that the child was adopted. “I don’t know where she is.”

According to ILOSM, El reconnected with his oldest daughter, Adris when she was in her late 20’s.

I NEVER tried any drugs & I dint drink so I dont get it!  WASTE OF TIME & LIFE!

thanks for the introduction