ANOTHER Toronto Friend Of Drake Gets MURDERED On VIDEO - What's Going ON? 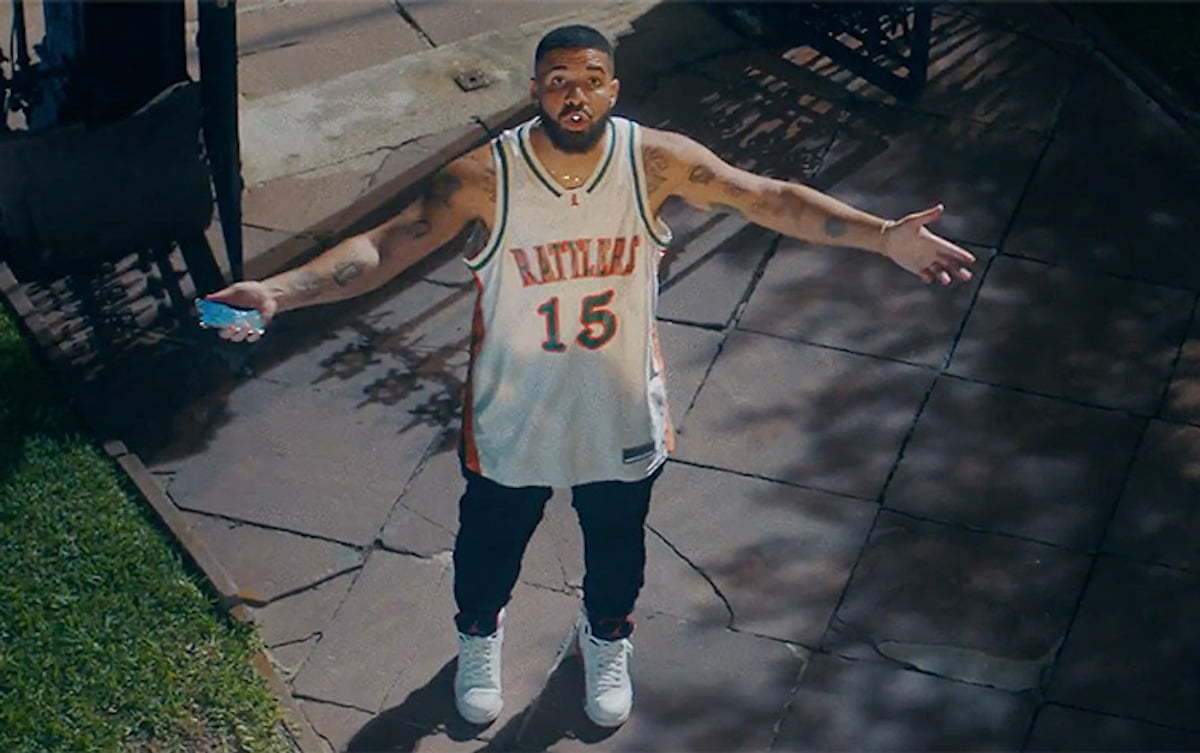 Drake drop his new video “In My Feelings” as promised on Thursday night.

Yesterday, Drake announced on IG that he would be dropping the long-awaiting video for his viral single “In My Feelings.” The cinematic clip was directed by Karena Evans and saw La La Anthony playing Drizzy’s love interest Keke and Phylicia Rashad playing the role of her mother. Instagram comedian Shiggy, who started the “In My Feelings” dance challenge, also made a cameo in the video. Elsewhere in the clip, you will see Big Freedia and City Girls’ Yung Miami making a cameo.

The clip kicks off with Drake pulling up to Keke’s house on the block and throwing a stone to knock on her video to get her attention. “I’m trying to tell you, I love you, girl, for real,” he told Keke. While talking to her, her mother came out and told the 6 God to get off her lawn and leave. Drizzy left reluctantly in his black Escalade.
The skit was hilarious with Drake rocking gold teeth and Jordans sneakers while hanging out with his home boys. At the end of the video, Drake woke up inside his trailer telling his friend CJ that he had a dream about the whole thing that happened in the video.

“This kid from New York that spits when he talks all the time did some dance to it and then the world did the dance and Will Smith was there,” the 6 God said. So far “In My Feelings” has been the biggest new song on Drake’s new album Scorpion. The track currently holds the record for the most streamed song in a single week and is currently No. 1 on Billboard Hot 100 chart.
With the release of the music video, the song will surely keep that number one spot for weeks to come.

Is Drake making amends to Black women with his new VIDEO ‘Nice for ...

Last night, Toronto rapper Smoke Dawg - who is a  Drake affiliate - was shot and killed in broad daylight. That marks the SECOND Toronto rapper tied to Drake that was MURDERED in the last few months.

Smoke Dawg had been building up a lot of BUZZ on the streets of Toronto - and was reportedly planning to GO ON TOUR with Drake this fall. Drake and Smoke were said to be "cordial", ""respectful", and "fans of each others work".
But yesterday someone ran up on Smoke Dogg and killed him.

The VIDEO is below.
A few months ago, another Drake affiliate - Anthony “Fif” Soares was shot an d killed in a  similar manner.
Soares had just arrived at the lobby of a high-rise building on Glamorgan Avenue, near Kennedy and Ellesemere roads, on Sept. 14 when two suspects pulled up in a vehicle and “rushed him,” firing bullets through the glass windows.
This was caught on video too


According to reports, "three people were shot in the area of Queen Street West and Peter Street, in Toronto’s Entertainment District, shortly before 8:00 p.m. EST. Police said the suspects may have fled in a black SUV or a white car. Two male victims and one female were transported to a local hospital in serious to critical condition; one of the male victims were subsequently pronounced dead."
Associates of Smoke Dawg confirmed on social media that he was the deceased victim. 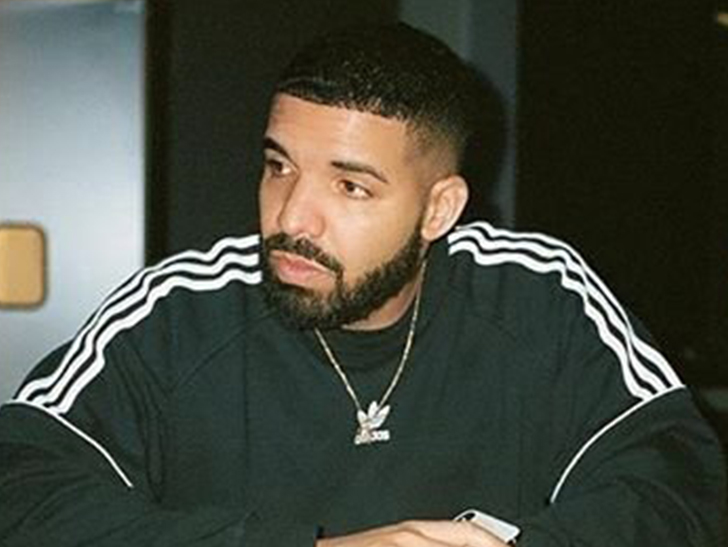 Drake has finally come clean -- admitting he's fathered a son -- even rapping about the paternity test he took to know it was for certain.
Drizzy released his album, "Scorpion," Friday and, as expected, it's full of glimpses into the rapper's personal life. His song "Emotionless" is the first to acknowledge his secret son Pusha T exposed in a diss track last month.
"I wasn't hiding my kid from the world. I was hiding the world from my kid." 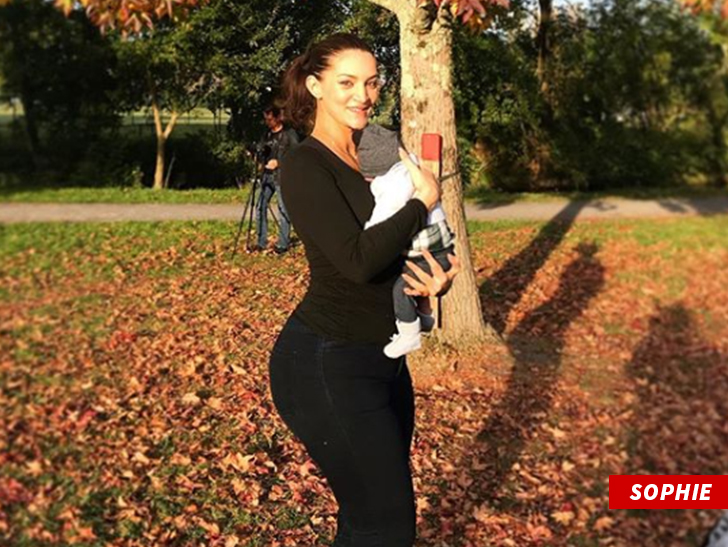 The rapper reveals he's taken a paternity test for the kid too, leaving no doubts in the song "March 14."
"Yesterday mornin' was crazy. I had to come to terms with the fact that it's not a maybe. That sh*t is in stone. Sealed and signed. She's not my lover like Billie Jean. But the kid is mine. Sadie used to tell me all it takes is one time. And all it took was one time. S**t, we only met two times."
The album also features a previously unreleased track with Michael Jackson.
TMZ broke the story ... Drake's been financially supporting baby mama Sophie Brussauxsince the birth of their son last year. Sources close to the rapper told us last month Drake was planning to take a paternity test to figure out any future legalities.
So, that settles that.

Pusha T dropped his VICIOUS diss track against Drake last week. And so far, Drake has not responded. But last night he took to instagram to make some comments

And the usually upbeat Drake sounded real depressed. The Canadian OVO leader told the world that he has no friends . . . even though he has a Mercedes Benz. Probably a Maybach too.
Then he went on . . . sounding real melancholy.
Wow . . . is it possible that Pusha T stole Drake's SOUL with that diss . . .

As you know Kanye West attempted to play peacemaker with a Tweet shared over the weekend. Kanye said, “I’ve never been about beef,” West wrote early Saturday morning. “I’m about love. Lines were crossed and it’s not good for anyone. So this is dead now.”

According to sources, "Despite the storm of controversy around West in recent weeks, the Drake-Pusha was possibly the main topic of conversation among attendees of the Wyoming event. Although no one involved addressed the situation publicly — although Pusha was boisterously present at the event — everyone was talking about it. And when the house DJ played Drake’s recent hit “Nice for What” early in the evening, looks of amused confusion could be seen all across the room."

According to Page Six:

Although many people were stunned by the deeply personal nature of the attacks on the song, an unscientific consensus at the Wyoming event seemed to think it was true to rap battles’ general eye-for-an-eye rule — and wondered how Drake would respond. West’s tweet may be an attempt at quashing the beef before it escalates further.

The FIRST news source that broke the story of Drake's babys mother Sophie being an adult film star. Well a new explicit video has just leaked - and folks say that it's Pusha T that leaked it.

The video - which has new footage of Sophie - doing explicit things leaked this morning.

Drake and Sophie have a nearly one year old son together, named Adonis.

Here is the video

It has been confirmed that Drake is paying child support, and is involved in Adonis life. He even built a nursery in his new Torono mansion - so that Adonis can stay with him when he's in town.

“This woman has a very questionable background. She has admitted in the past of having multiple relationships. We understand she may have problems getting into the United States. She’s one of the many women claiming he got them pregnant. If it is, in fact, Drake’s baby, which he does not believe, he will do the right thing by the child.”

A little advice for Pusha T the next time he thinks to come for Drake: don’t. Exhibit A: Drake’s “Duppy Freestyle.”

Not even 24 hours after Pusha-T released his new Kanye West-produced album, DAYTONA, on which he takes aim at Drake for hiring ghostwriters to pen his lyrics, Drake fired back by dropping his own diss track. On it, Drake turns Kanye into roadkill as he runs over Pusha-T, claiming he penned lyrics for the Chicago rapper who ultimately put Pusha-T’s latest work on the map.

Drake raps, “If you rebuke me for working with someone else on a couple of V’s, what do you really think of the n**** that’s making your beats?/I’ve done things for him, I thought that he never would need/Father had to stretch his hands out and get it for me.”

Drake goes on to warn Pusha-T to expect an invoice for his ghostwriting efforts, with the lines, “It’s gonna be a cruel summer for you/I told Weezy and Baby ‘I’ma done him for you’/Tell ’Ye we gotta invoice coming to you/Considering that we just sold another 20 for you.”

Then Drake got extra petty: When Pusha T asked Drake via Twitter Friday to send an invoice, the Toronto rapper uploaded an image on his Instagram account of an invoice for $100,000. The reason reads: “Promotional assistance and career reviving.”

Variety reports that the feud was ignited in 2016 when Drake mocked Pusha-T in a track called, “Two Birds, One Stone,” in which he raps: “But really it’s you with all the drug dealer stories/That’s gotta stop, though/You made a couple chops and now you think you Chapo/If you ask me though, you ain’t lining the trunk with kilos.”

Pusha-T took aim at Drake on his new album, released Thursday, via the song, “Infrared.” The Virginia Beach rapper delivers the lines, “Your hooks did it/The lyrics pennin’ equals to Trump’s winnin’/The bigger question is how the Russians did it/It was written like Nas but it came from Quentin.” Quentin is a reference to Quentin Miller, the writer who penned lyrics for Drake.

Drake and Cleveland Cavaliers big man Kendrick Perkins get into it twice while at Game 1 of Cavs vs. Toronto Raptors, with the second time getting very heated. Some guy looking for trouble grabbed Drake by the back of the head as he walked through a busy nightclub on Saturday. The rapper, who was clearly angry, quickly turned around and stared the man down before security took over and handled the problem.

TMZ reports that Drake was in Dubai as an official guest of the royal family. 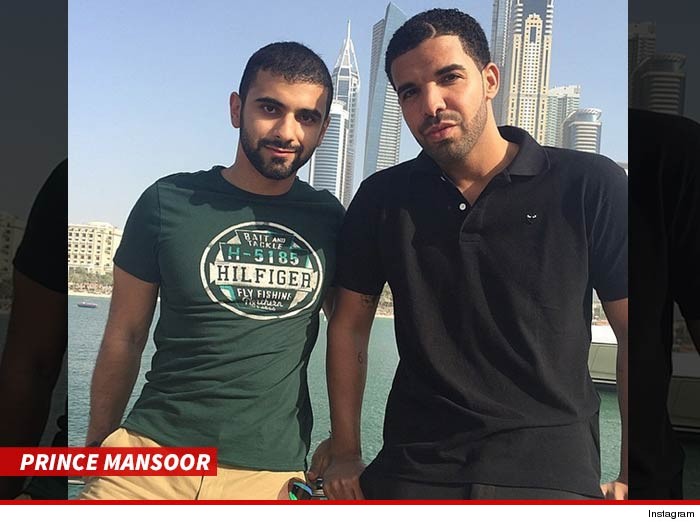 After the surprise release of 'If You're Reading This It's Too Late, wich debuted at No.1 on Billboard 200 with 495,000 copies sold and the own broken Spotify record, Drizzy Drake becomes the first rapper ever to top Billboard’s Artist 100 chart. The chart combines data such as album sales, single sales, airplay, streaming, social media and other Billboard charts to measure an artist’s popularity weekly.

Drake vaults to No. 1 on the Artist 100 list with an 850% increase, he's also the third R&B/hip-hop act joining Trey Songz and Chris Brown. Below Drake on the Hot 100 top 5 list are: Taylor Swift, Ed Sheeran, Sam Smith and Maroon 5 Drake Talks About Being Jewish

Comment by Sufferahsmusic Media Prod on July 3, 2018 at 11:53am
Bwoy drake a sacrifice everybody in Toronto ....damn son

gzzzzz thats a good meal, i hope he will be hungry lol

Lmaoooooo! I am seriously going to put on an outfit like that and record myself pouring baby all over me & send to him. That should bring im home extra early from work today.. insert wicked laugh. Then when he walk through the door I will be there waiting wit mi leg cock up.

Well damn.. the video is sexy af! Bout fi mek one like that with mi babes hee hee

Man Drake know he ain't no fighter.  He needs to slow down.  Looks like he was gonna get his ass handed to him by big man.