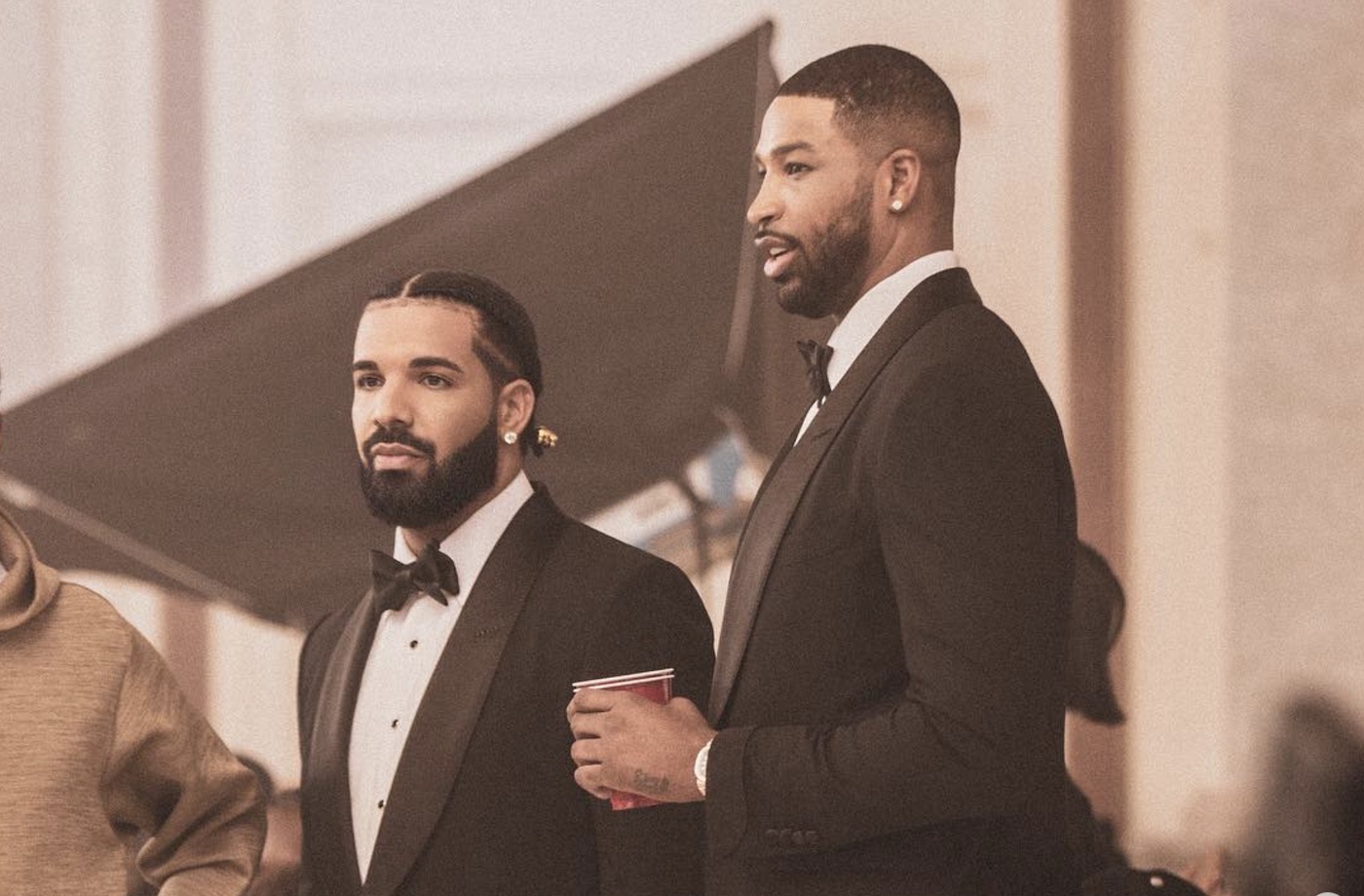 Tristan Thompson is Drake’s best man at his wedding with 23 brides in “Falling Back” video.
Drake blessed fans with the surprise release of his new album Honestly, Nevermind, his seventh studio album, on Friday. Fans who stayed up to listen to the project also got the first view of the music video for “Falling Back.”
The album has received mixed reviews from fans, with many offering opinions that Drake should stick to rapping and leave singing alone. In contrast, some fans noted that the rapper’s music always grows on fans, so while it is sonically different, it doesn’t mean it’s not good.
The album featured 14 tracks with quite a few giving club music, and probably this might be the longevity factor that Drake always infuses in his music that has caused him to remain one of if not the most dominant hip hop artist right now.
The album only had one feature with Jimmy Cooks and 21 Savage, but Drake kept the club house-style music going in at least six tracks.
One particular track on the project is receiving a lot of attention, “Falling Back,” which was also released with a music video featuring none other than fellow Toronto man Tristan Thompson.
The nine-minute video featured full cinematic features and lots of women, with Drake as the man to be married and Thompson as the best man (coincidental of him as he is presently being dragged by The Kardashians for his cheating ways in their Hulu family show).

The video’s theme also honors UGK and Outkast‘s classic “Int’l Players Anthem (I Choose You)” video with Drake walking down the aisle, but of course, the video’s outcome is completely different as he ‘marries’ not one bride but 23.
At first, he is seen exchanging vows with one bride while a Rabbi officiates the ceremony.
However, the first scene cuts to Drake saying to 23 brides of all shapes, sizes, and skin complexions.
Drake also puts a ring on each of the women’s fingers as he cements the marriage pact, but instead of sealing the deal with a kiss, he instead gives the wives a handshake.
The best man Tristan Thompson and Drake’s mother, Sandi Graham, also appear in the video, with Sandi even cracking a joke about Drake’s attention on one bride in particular.
“I think he’s really taking this one seriously,” she says.
The video gave props to Young Thug and Gunna as a “Free YSL” sign was displayed. It’s the first time the rapper is addressing the arrest of the Atlanta rappers, who are both in jail on RICO charges that Young Slime Life collective is a criminal gang.
Meanwhile, the album is dedicated in remembrance of Louis Vuitton’s creative head Virgil Abloh, who died late last year due to cancer. He and Drake were close friends, and the rapper even tattooed an image of the fashion icon on his arm last year to honor his memory.

By the way, I can speak on the jailhouse ass crack invitations because I worked as a Corrections Officer in NY State.  I worked at Attica, Collins Correctional, Sing Sing and lastly Lincoln Correctional facility in Harlem.  I saw the madness first hand where a young man came in a man and left jail as a h*** thug.

Yeah I know it's a music video.....but to the simple ones that cannot decipher what's real and what's not real they get a different message.  The music industry and Holly-weird put subliminal messages in everything produced and these messages resinates in the subconscious, allowing certain inhibitions to be activated.  Remember, the Greeks and the Romans were masters of Psychology, and in today's world they use what they're good at.  They themselves even admitted they put messages in everything to persuade the masses.  Just because you can see and decipher the real world from the imaginary world doesn't mean everyone else can see.  Perfect example, when the movie "Money Train" came out, there was a scene when some guy goes up to the token booth in the subway and lit it on fire.......after that you had copy cats doing the same thing in NYC.  Once again, because you can see, doesn't mean everyone else can see.  Another example, look at the music videos, all females are scantly dressed, teasing on every level of sexual perversions.  Now, look at our little girls, they copy what they see on the videos and what do we have?  Look at the young men listening to gangsta rap music, it produced a bunch of young men thinking gang banging, wearing their pants below their ass cracks and selling drugs is the way to go.  Again, you can see and you have enough sense not to be caught up in the shenanigans, but not everyone has that ability.  In short, what I'm saying is this stuff is degrading blacks and Latinos.  By the way, wearing the pants below the ass was a jailhouse cue signalling you were available to take it up the ass.  Now that culture is here to stay.

More madness of the rich.