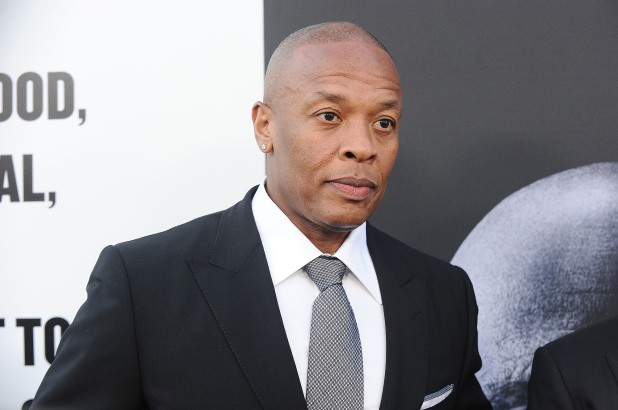 Producer Dr. Dre was served with divorce papers at his grandmother's funeral.

According to TMZ, the process server arrived at the Los Angeles cemetery as the producer was paying his respects. The pair reportedly got into a verbal altercation at the event. Dre was reportedly standing next to his grandma's casket as it happened. He refused to take the papers in his hands.

Nicole Young was served the papers in a parking lot.

Last month, Dre was ordered to pay his estranged wife another $1.55 million in legal fees and costs.

The judge ruled that Nicole's legal fees in the case is an estimated $3 million, plus costs. That means the producer must pay $1 million in fees, plus another $550,000 in costs associated with the case. That same month, $350,000, alleging she embezzled from his company, Recording One studio.

He says they both had access to the "maintenance and control" of the business' assets before their divorce but that she "decimated" his assets by allegedly "embezzling and stealing" $353,571.85 from the company's account and used the money "for her own, personal obligations."

LMAO, the white mans girl got him, AmeriKKKa the land of chaos and confusion where they have the highest divorce rate, unwed people, spouse abuse, killing their wives and children, a land of dysfunctional zombies rule by Devils who LOL as you burn.