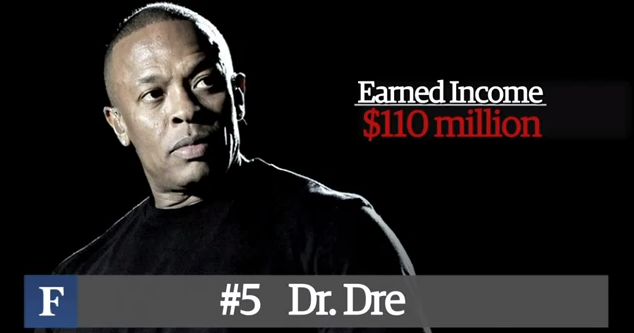 Forbes has rolled out it's list of the top-5 highest paid celebrities as ranked from May 2011 to May 2012. The list has some familiar faces and one big surprise.

Oprah Winfrey came in at the top spot with $165 million earned. Take a look at the rest of the list below as well as how the list is determined.

To determine who the highest-paid celebrities are, we considered upfront pay, profit participation, residuals, endorsements and advertising work. We talked to manager, agents, lawyers and other in-the-know folks to come up with our estimates. We did not deduct for things like agent fees or the expenses related to being a celebrity. $165 million
The media mogul's earnings fell by a staggering $125 million from last year. However, even with the drop, she remains the highest earner on the list, just inching out director Michael Bay. It's been a challenging year for Winfrey, who signed off from her 25-year syndicated show and immediately turned her attention to struggling cable network OWN. The bulk of the earnings dive comes from lost income on The Oprah Winfrey Show, but her diversified portfolio includes O: The Oprah Magazine, spin-off shows like The Dr. Oz Show and a radio deal with Sirius. She does not earn a salary at OWN, which has faced ratings disappointments and financial issues since it premiered in Jan. 2011. As chairman and CEO of the joint venture with Discovery Communications, she hopes a recent restructuring, new programming and a distribution deal with Comcast will turn the network around. 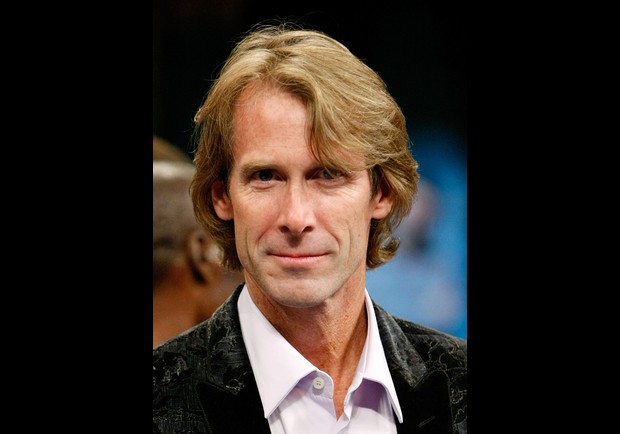 $160 million
Bay nabs the title of top-earning director this year thanks to Transformers:Dark of the Moon. The 3-D film brought in $1.1 billion at the box office. Bay has a great deal on the films, taking a solid chunk of the profits. He also earns big from Transformer toys. Adding to Bay's coffers this year: a Transformers ride at Universal Studios in Hollywood. Bay has earned the right to finally do a small film. Pain & Gain has a budget well under $50 million. 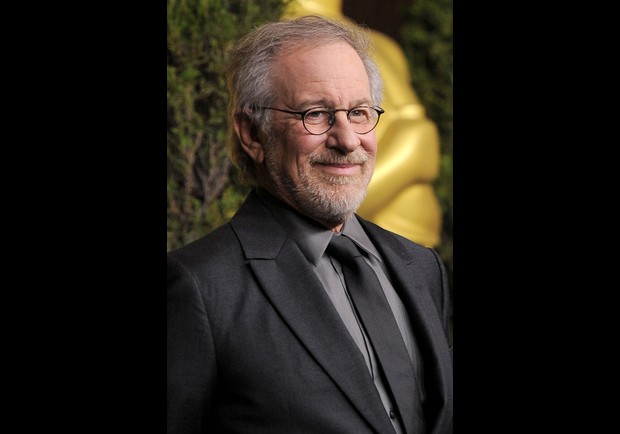 $130 million
Spielberg's DreamWorks moved into television in a big way this year with four new shows, including Terra Nova and Smash. On top of that, the prolific producer stepped back into directing with two movies that hit theaters last Christmas, The Adventures of Tintin and War Horse. Both films were nominated for Oscars. $115 million
Bruckheimer's Pirates of the Caribbean: On Stranger Tides was one of the highest-grossing films of 2011, bringing in $1 billion at the global box office. That was a nice change from 2010 for Bruckheimer, when his two big films, Prince of Persia and The Sorcerer's Apprentice stumbled at the box office. In the new Hollywood, though, even Bruckheimer can't get away with an out-of-control budget. Disney made everyone take big cuts for The Lone Ranger. $110 million
The ageless super-producer's latest hit isn't a song, but rather a line of headphones. In August handset maker HTC paid $300 million for a 51% stake in Beats by Dr. Dre, the headphone company he co-founded with Interscope chief Jimmy Iovine in 2006. Each owned about a third of the company, pocketing about $100 million apiece, before taxes, from last summer's deal.

DAMN DRE. CAN I HOLD SOMETHIN