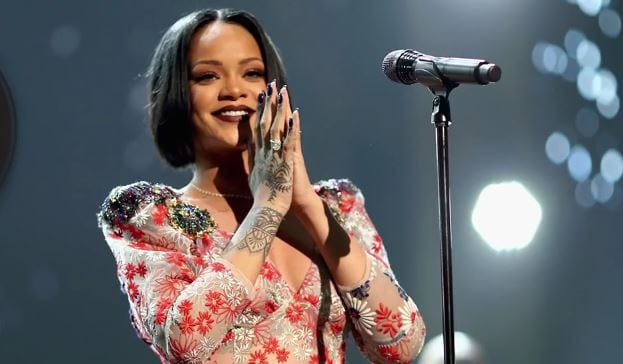 Following the announcement that Rihanna would be headlining this year’s Super Bowl halftime show, fans and the press have been hungry for details about the singer’s upcoming performance. TMZ spoke with Rihanna briefly, and the artiste shared some of her feelings about the highly anticipated show.

California. When asked how she felt about her upcoming performance, Rihanna revealed that she was understandably nervous but also excited. Rihanna has not yet revealed who may be joining her on stage, and when asked for details, she remained tight-lipped.

Though she did not initially answer when asked if her partner, rapper A$AP Rocky, could potentially perform alongside her, when pressed, the Bajan singer said maybe. TMZ sources shared with the outlet that there is a possibility that Rihanna may perform solo, though she is reportedly considering nearly 50 guest performers. Rihanna has taken a break from music over the past few years, focusing primarily on her businesses: Fenty Beauty, a cosmetics brand, and Savage x Fenty, her lingerie company, both of which have been highly successful.

When Rihanna takes centerstage at the 57th staging of the National Football League’s (NFL) championship game on February 12, 2023, she will be following in the footsteps of greats such as Michael Jackson and Beyonce. Her performance will follow that of rappers Dr. Dre, Eminem, Snoop Dogg, Kendrick Lamar, and R&B singer Mary J. Blige, who gave a stellar performance at the 56th Super Bowl earlier this year, a performance lauded by many as one of the best in the show’s history. 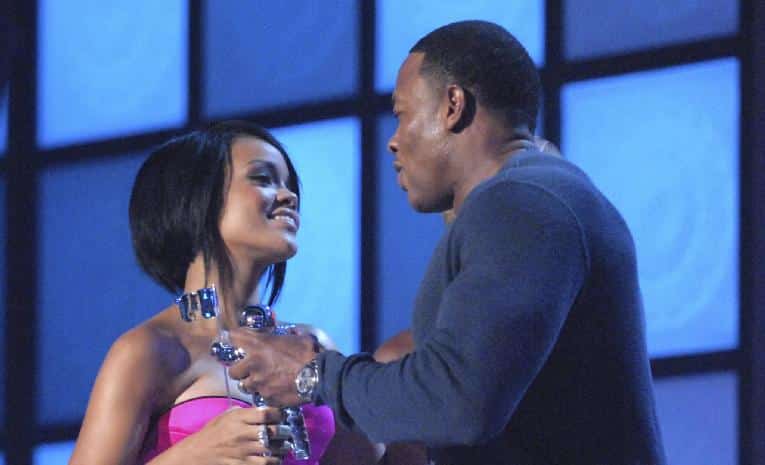 As we reported earlier, Rihanna is set to headline the Super Bowl LVII Show on February 12, 2023. Initially, it was all rumors until she took to her Instagram page to confirm the reports as accurate.

As we reported earlier, Rihanna is set to headline the Super Bowl LVII Show on February 12, 2023. Initially, it was all rumors until she took to her Instagram page to confirm the reports as accurate.

Dr. Dre read her post and instantly shared the news with his fans.

“Oh, my god,” he posted. “Let me tell you something, man. I actually just got the news that Rihanna’s going to do it, and I’m a super fan of Rihanna. I can’t wait to see what she’s going to do.”

Dr. Dre himself headlined last year’s Super Bowl Halftime Show, and so he decided he was the right person to offer Rihanna some pieces of advice.

“Put the right people around you, and have fun,” Dre explained to Ebro Darden on Apple Music 1, still on the matter. “That’s basically what it is, making sure you have the right creative people around you. She might want to look into some of the people that we used to do our show.”

“I just like her and what she does, and her get down, and how she approaches her artistry and the whole nine,” added Dr. Dre. It’s fantastic. She has the opportunity to really blow us away. I know we set the bar extremely high.”

He also revealed that he was nervous ahead of his performance. 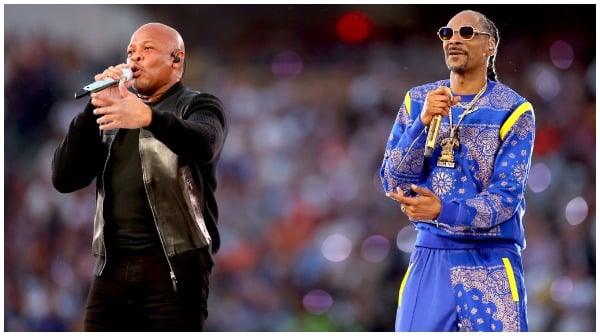 “I don’t know if I’ve ever been that nervous before,” he said. “Not only that, I don’t know if I’ve ever looked more forward to a Monday morning. So it’s the preparation and making sure you have the right people around you. All of these people came through for me, and everybody was extremely enthusiastic about the show. We had a good time, although it’s a lot of things and a lot of people you have to depend on.”

“You’re talking about at least 3,000 people that you have to depend on to get this show right for 13 minutes. So it is an extreme amount of pressure, but it’s fun at the same time,” the rapper continued. “When it’s done, it’s like goosebumps, bro. I got goosebumps, especially from the reaction that we got from the show, and especially being able to do the show with all of my friends.”