A rocket designer, space scientist, internationally-acclaimed speaker, trailblazer, and world leader, Dr. Camille Wardrop Alleyne is a force to be reckoned with.

Her accomplishments in the field of space exploration have been nothing short of extraordinary. In the highly technical fields of science and engineering where women are in the minority, she is one of the most-recognized women in aerospace engineering and one of the few women of color to serve in senior technical leadership positions at NASA. 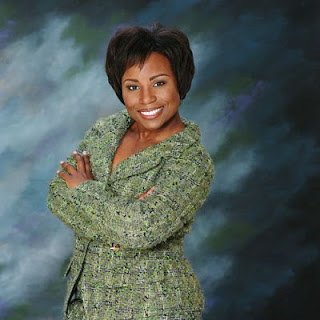 Born in Trinidad and Tobago, Dr. Alleyne migrated to the United States at the age of 17 years old and with her passion for space, she pursued a career designing and developing space and rocket systems.

She has spent her 25-year career advancing the areas of aerospace and space technology development, including space vehicle design and test and space research.

In the last few years, she has emerged as an expert in the areas of space, science, and technology application for sustainable global development. Dr. Alleyne currently serves as the Deputy Manager for the Commercial Lunar Payload Services at NASA Johnson Space Center where she develops the strategy and manages the execution of NASA’s primary mission to the return to the Moon, first with US commercial companies. Prior to that, she served as the Assistant Deputy Associate Administrator for Programs in the Science Mission Directorate at NASA Headquarters where she provided technical and executive leadership on NASA’s planetary, earth, heliophysics, and astrophysics science missions.

EXCELLENT!!  I'm proud of you, sister!

Comment by mr1stroke on September 1, 2020 at 2:47pm
You are an old angry slave n***** with too much hate, thats why you are lonely in that project apartment no one loves you, thats why you are always on here spreading hate with nothing to contribute, ask every one who loves you? Lol dont worry we will have your zoom funeral and a few likes, old 60s porch monkey how old are you now, 85 aint your n***** ass too old to still be here

Comment by mr1stroke on September 1, 2020 at 1:23pm
The n***** is so hateful he is even mad because they are honoring a black woman for her achievement, like it is someone's fault he is under achieve in a project apartment, you made it through the 60s you had your whole life to make a name for your self or achieve something. Now you are just old, with nothing and nobody, just waiting to die too bad no one will miss you or come to your funeral, the members who have time on here like your girl friend Vaugh Michelle will watch via zoom, crying for his boy friend lol damn f***** niggers

Comment by mr1stroke on September 1, 2020 at 1:17pm
stephen myers you wont waste your time reading but both of you slave niggers are always on here riding my dick and i have yet to say anything about you, now if i am a racist and you so black share some of information with every one on here, the election is right around the corner tell us about Biden, share with every one why you will vote for him, i mean damn is this how every one who are complaining in the black community thinks, you niggers run with the mouth but have nothing to contribute may be this is they say those who are always yelling and speak loud are the dumbest one, you niggers are a waste and i will keel on disrespecting you both. I wish someone you know would red these comments so they can see how you dont matter even on line, the sad part no one else is in support of your thinking except you for the time you have been attacking me i have yet to see any one supporting you niggers and if there was one i already shot him or her down and you niggers are so weak not one comment you post can shut me up, now this is sad for you slave niggers

Vaughn mitchell, you are correct, this is a racist white troll, no doubt, this piece of white trash is a waste who should be ignored, he is a white racist who is on this website to sow confusion, this piece of trash has a Black Power avatar to fool people, no doubt he is a white supremacist, a troll, I won't even waste my time even reading the trash he post, time to shun this Satanist.

Comment by mr1stroke on August 31, 2020 at 5:17pm
vaughn mitchell you are so black what have you contributed to the community, im sure you have been to every march but which one, how many times have you volunteered to the community, the senior citizens, local churches trying to help, you niggers are so black all you do is repeat that Russian crap you keep hearing from the same people you have been voting for

When will you hold your own information, when will you break down what makes your master Biden not racist, now let me show you how retarded you niggers are and this is sad, you can jump down my throat for being in favor of Trump that same police Department you are begging is showing you how they control you, they turn their backs and let loose the criminals it calls inhouse terrorists, that same union president and it's members, which are the police endorse Trump, so you mad at me now what are you going to do about those same police who are on your streets are Trump supporters, since you mad at me are you going to protest against them, Patrick Lynch stand on National Tv and call you niggers Animals just like Biden and Hillary yet you never boycott Patrick lynch, you love biden and thats why you niggers are living like slaves, you have too much hate, its okay for the same white folks you pay your taxes to kill you to support Trump and still be in your community, but i dont even know you just because i choose not to live like a slave you want my head on a platter, this is why i dont have love for niggers, thats why i moved out that filthy community, f*** you niggers, i wish Hitler would be back and burn you niggers alive, because this is what Malcolm call house niggers, its okay for the white men to kill and hate and still make you kiss his ass, you will not fight him but will fight a black man, damn niggers, no one cares about you niggers thats why even the cops that are killing you are taking a knee, they black lives matter, niggers lives dont mean nothing, damn monkeys, f*** you all niggers you will all suffer after this election, you are nothing but food stamps, the more charity we make the more tax money we will collect with niggers, every one is getting some of that new slave trades, thank you niggers, go buy some more masks to match your outfits

Comment by vaughn mitchell on August 31, 2020 at 4:53pm
@ Stephen Myers, he is not black. He talk about black power but he is just a undercover racist, come on CF, to because he can't go on Instagram, Twitter or Facebook with this nonsense. So he come on here with his hate. His love for a racist, Russian loving, traitor, con man, thief, love forcing himself on women, dumb ass, clown. He might get re- elected by stealing the election, but watch how more violence take place, as racist cops, white vigilantes, start killing black people.

Comment by mr1stroke on August 30, 2020 at 11:44am
stephen myers you have been slaving on a dumb 9 to 5 all your lives every thing you do have been for a white men, now you are just an angry old man who is afraid you wont be able to survive since the world is about business and no longer welfare, i am still waiting for you to define a house n***** to me since you know about Malcolm he did talk about the house niggers who are so loyal to their democrat masters and always happy to vote for them without purposes, lol im sure you know who he is talking about, we missed Hillary now go Massa Biden lol