Comedian Donnell Rawlings, most famously known for his role as Ashy Larry onChappelle's Show, recently sat down with Vlad TV to talk about how drastically hip hop has changed regarding LBGT topics.

He offered his opinion on Macklemore's song "Same Love" becoming the first pro gay song to become a hip hop hit, said the first rapper to put out an album supporting gay marriage will go platinum and suggested Lord Jamar pull the reigns in on his controversial comments if he expects to ever get corporate backing again. 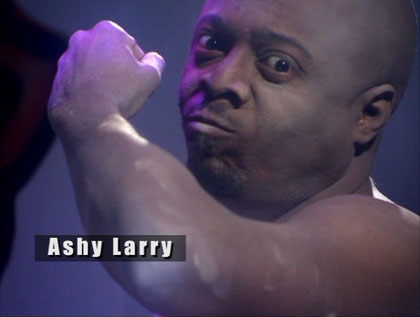 Comment by Bombahdrop on January 15, 2014 at 9:03am
Yes Lynz ah so d ting setup, yuhdunnoo. We need not worry bout dem ting deh instead we should be rejoicing. We know the truth and we also know this along with everything else that we are experiencing are suppose to happen in order for this generation to come to past.we both know after this there is no more generations to come , we are the last generation sis. I pray for you and everyone here out there that you all be received into Gods kingdom through my name sake. God Bless.

GAY IS TH NEW THING ACCEPT IT WHETHER U H*** OR NOT NOT UR LIFESTYLE U DONT HAVE TO AGREE BUT IT IS WHAT IT LOOK LIKE  BY THE PWOERS THAT BE SUM R BORN SUM R TURNED SUM R CHOZEN????? HOW U NOT DIOINNNNN IT

You're welcome lynz. At one point we controlled the message and the image of hip hop, but over the years we allowed ourselves to be compromised for financial gain. Lord Jamar is on point because the message of love and uplifting our culture is suppressed,  and when you hear people saying Eminem is the best mc we're in trouble. I have to tell some of the young people rap is only 1 element of hip hop.

Comment by lynz on January 13, 2014 at 9:35pm
Thanks for sharing that link @Rashid Rourk. He kicked that knowledge! "Destroying the blueprint so no one can see, who is the ORIGINAL & who is the copy! #Midnite Band!

Comment by lynz on January 13, 2014 at 9:35pm
Thanks for sharing that link @Rashid Rourk. He kicked that knowledge! "Destroying the blueprint so no one can see, who is the ORIGINAL & who is the copy! #Midnite Band!

Comment by Fedora McClaren on January 13, 2014 at 9:19pm
Lord Jamar doesn't need corporate backing. He can go overseas and do well.
I do feel Jamar is extreme at times though when discussing rap music, because the elements of it were different when he first entered the business.

I don't care who likes who, because I am not going home with any of them, however, I highly disagree with major industries pushing the effeminacy role to males, without them discovering that for themselves.

A major plan to cease procreation.

Comment by Bombahdrop on January 13, 2014 at 9:58am
If they start letting homos promote same sex songs Its a wrapp not only that if they do then they can't bann nobody for singing boom byebye in a batty boy head.