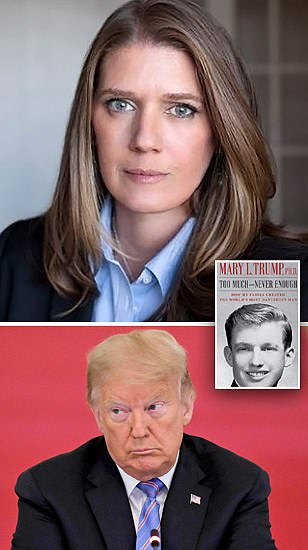 A temporary restraining order blocking the publication of a new tell-all book by President Trump's niece has been lifted by a federal appeals court, one day after the Trump family was granted the preliminary injunction.

A New York court overturned the decision on Wednesday, allowing publisher Simon & Schuster to proceed with the print and distribution of Mary Trump's 'Too Much and Never Enough: How My Family Created the World's Most Dangerous Man', due for release on July 28.

Presiding Judge Alan D. Scheinkman noted that, unlike Mary, the company was not bound by a confidentiality agreement and was therefore within their rights to publish the book. 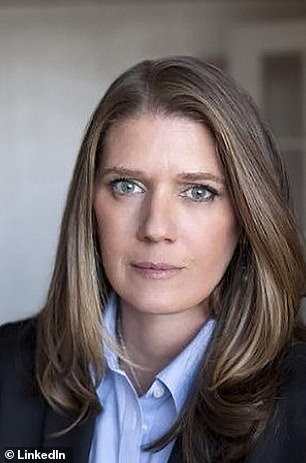 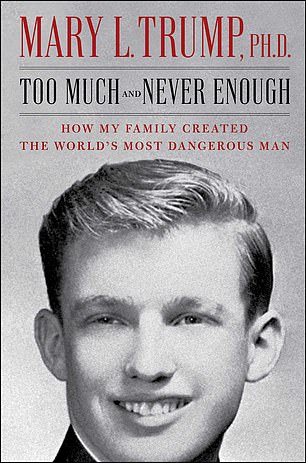 A New York appeals court on Wednesday lifted a temporary restraining order on Mary's book - titled Too Much and Never Enough: How My Family Created the World's Most Dangerous Man — is due to come out on July 28 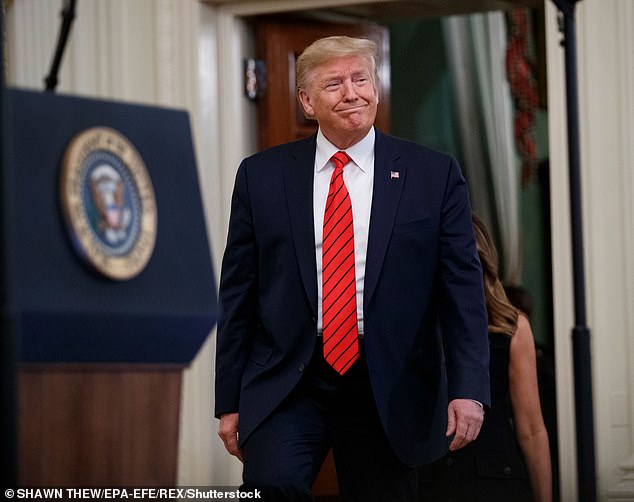 It comes after the Trump family won a preliminary injunction on Tuesday against their niece Mary Trump, blocking publishers from printing and distributing her tell-all book
Trump's niece is set to publish a tell-all book

'Unlike Ms Trump, Simon & Schuster has not agreed to surrender or relinquish any of its First Amendment rights.'

The restraining order remains place for Mary, but her attorney Ted Boustrous said he plans to file a brief on Thursday for it to be vacated. 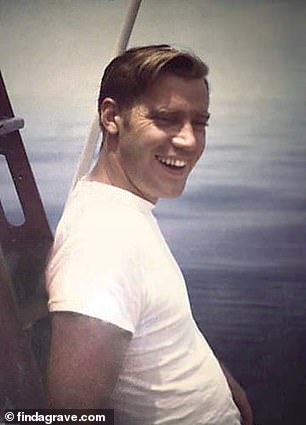 Mary is one of two children by Fred Trump Jr, the President's older brother who died in 1981 after battling alcoholism.

Simon & Schuster responded to the appeal in a statement on Wednesday saying: 'We support Mary L. Trump's right to tell her story in Too Much and Never Enough, a work of great interest and importance to the national discourse that fully deserves to be published for the benefit of the American public.'

It comes just one day after Judge Hal B. Greenwald at the Dutchess County Court sided with the president's younger brother Robert, ordering them to refrain from 'publishing, printing or distributing' any copies of the book ahead of a hearing on July 10.

Robert Trump, 71, argued that Mary's book violated the terms of a confidentiality agreement she signed two decades ago.

The publishing company later told the court they were not aware Mary had signed such an agreement.

Justice Sheinkman, however, said terms could have changed due to her uncle's position as president.

'The legitimate interest in preserving family secrets may be one thing for the family of a real estate developer, no matter how successful. It is another matter for the family of the president of the United States,' he said.

Although the restraining order has been lifted, the Trump family is expected to continue with their battle for an injunction.