Donald Trump is Impeached for SECOND Time by Democrats AND Republicans 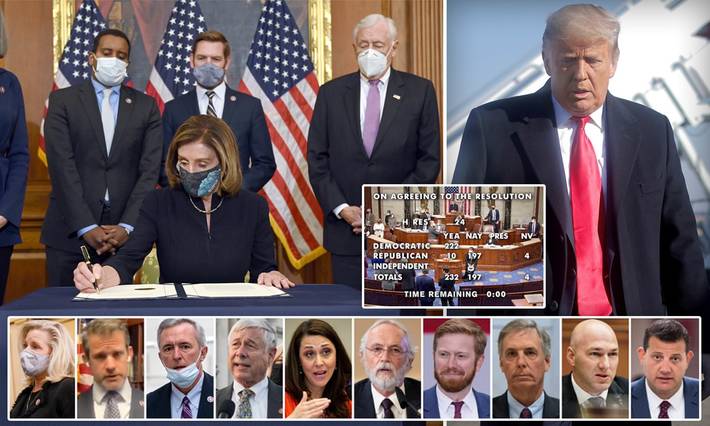 They did it AGAIN. On Wednesday, the House voted to impeach President Donald Trump for a second time for “incitement of insurrection.” The move comes exactly a week after the inspired a MAGA mob to storm Capitol Hill.

McConnell’s decision came after the House cleared procedural hurdles and debate had started on the article. Meanwhile, the White House released a statement from Trump, trying to quell future violence, as the House debated“

In light of reports of more demonstrations, I urge that there must be NO violence, NO lawbreaking and NO vandalism of any kind. That is not what I stand for, and it is not what America stands for. I call on ALL Americans to help ease tensions and calm tempers. Thank You,” Trump’s statement said.