Don’t Know How to Dab-We Got You: Music Monday’s 5 Dance Crazes to Get Your Party On 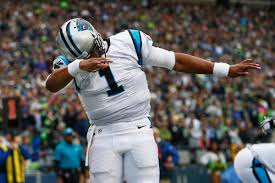 As TRN prepares to head into 2016, we thought we’d wind down the old year by trying something new. So today on Music Monday it’s all about the dance moves.

As you get ready to party in the New Year, now is the perfect time to brush up on your moves before you hit the floor.  Gone are the days when you had to watch “Soul Train” to catch the latest East Coast swing (if I’m dating myself, please don’t judge). Just pull up any craze on YouTube and let the music move you.

2015 brought us some certain to be classics, but we don’t want  to forget how they got down back in the day because nobody could do the cabbage patch like you.

So here are 5 Dance Moves to Get Your Party On..

Everybody from pro-ballers like LeBron James. & Cam Newton have been dabbin’. Even Neyo as the Tin Man on NBC’S  “The Wiz Live” dabbed on Dorothy & the crew. The step comes straight outta of the A thanks to rap group the Migos who passed it on to Future and next thing you know it’s the craze. If you are rhythmically challenged, this is the dance for you. If your Mom ever told you to sneeze into your elbow instead of spreading germs all over the room, then you are dab ready..

From the depths of hip hop’s birthplace of New York comes Milly Rock named after rapper 2 Milly.  The really creative dancers know how to Milly Rock inside of whips, but slow down–we don’t want anybody getting hurt, so  one dance move at a time. The dance may have started in the Big Apple but blazed across the country this summer quicker than wildfire.  The official Milly Rock x 2 Milly video has nearly 6-million views and counting–so chances are pretty good you won’t be the only person on the floor hitting this step. It’s simple as dances go, just a basic side to side two-step, but with some attitude. If you get confused, it comes with instructions “First arms up then left and right…”—not even your cousin with two left feet can mess that up.

Every so often, a dance comes along and for some inexplicable reason it just catches on which brings us to Hit the Quan.  It’s a series of moves all orchestrated and choreographed at the beck and call of the rapper. You can do it several ways when you put your own spin on it but there are some basic rules of the dance you can’t overlook- namely, stepping, squatting and flailing your arms. It sounds crazy when you try to describe it so as the saying goes I can show you better than I can tell you…or rather Dwayne “The Rock” Johnson and some others can show you in the clip below as they stepped up to the Hit the Quan challenge.

Yeah, it’s an oldie (like 2014), but still makes our list. How could we omit a song that in some small part seems to have been inspired by Martin Lawrence  almost 30 years ago. WeAreToonz who came up with the dance in their basement says the Nae Nae moves are based on one of his signature characters—you know Sheneneh Jenkins the ratchet chick who lived across the hall from Martin and Gina on “Martin”.  As the NaeNae took off in the South, with the help of  “Drop that #NaeNae” campaigns, Vine and YouTube,  everybody was doing the NaeNae and Lord, I do mean everybody…

So maybe you’ll be “boo-less” on the big night & no dance partner or simply want a dance that’s simpler. No matter… You can still get down when the line dance party starts. Whether its the Drop,the Dougie or Hit Dem Folks, you can see all of the recent and current dances following in the steps of the orginators of line dancing like the Electric Slide, The Cha-Cha Slide, The Wobble, Cupid Shuffle. Some have even evolved into dances built around the beat such as the “Blurred Lines Line Dance” or  one of my favorite and one I’ll leave with you today…the Jamie Foxx Slide.  Go hard or go home!