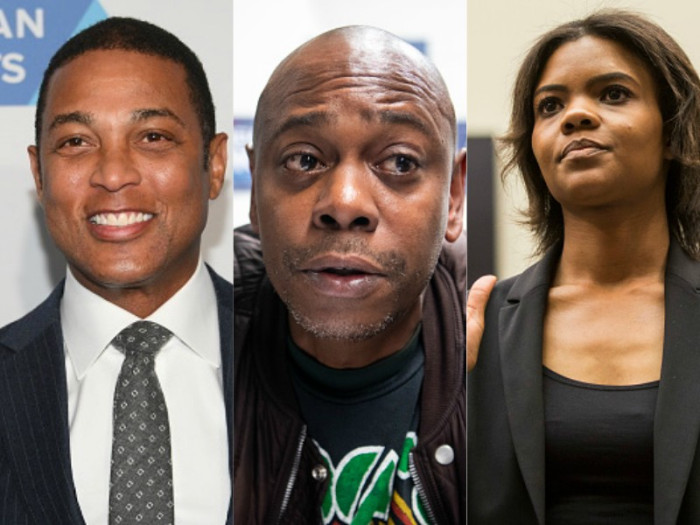 In the special, Chappelle called Lemon out, saying, “I’m watching Don Lemon… he says, ‘Where are all these celebrities. Why aren’t you talking?’ Does it matter about celebrity? No. This is the streets talking for themselves. They don’t need me right now.”

As it turns out, Lemon agrees with his remarks.

“I’m actually honored to be memorialized in a Dave Chappelle special,” he told CNNabout his reaction to Chapelle’s stand-up, per Complex. “What I will say is that I actually agree with Dave Chapelle. I agree—I think the establishment has been a bit behind… I think the young people who are out there in the street don’t really care what we have to say. They think that part of the world that we created and what we did, maybe we didn’t move fast enough, we weren’t strong enough. So they’re out there fighting.”

He continued, “They said listen, we are tired of this happening. We tried to do it nicely, we tried to do it peacefully, we’ve tried to do all of these things and you’ve rejected it. So they’re not only speaking to the white people in this country but also to all of us, all of us in the establishment.”

“But I do think that this is not a moment for modesty. I think this is a moment that we should all be using our platforms to do whatever we can, and at least to show those young people and people out there that we support them. And it doesn’t mean taking all of the credit for it or speaking out for them. I think that they can do that on their own—I think that’s exactly right, that they need to know that people like Dave Chappelle, like me or whoever supports them. And that’s all they need to know.”

Lemon concluded with, “But the irony is that [Chappelle’s] special is called 8:46.He’s talking about this issue and I think it’s great. He’s using his platform to talk about this in the way that he can.”

Hear/watch him tell it via te clip above.

To every Democrat tweeting me the clip of #DaveChappelle insulting me:

I’m not a leftist. I have a sense of humor & I think comedians SHOULD make fun of people.

Dave Chappelle is one of the greatest comedians of all time and I made it into one of his specials.

35K people are talking about this

We’ve arrived too suddenly into a culture where people can’t laugh at themselves, or want to restrain comedians.

I will never be a part of that culture. @DaveChappelle —you are legend and I’d love to meet you and challenge you to say any of that to my face!

Owens also responded to Chappelle putting her on blast over her response to Floyd’s murder.

“I seen Candace Owens try to convince white America, ‘don’t worry about it he’s a criminal anyway,’” Chappelle said. “I don’t give a f*** what this n**** did… I don’t care if he personally kicked Candace Owens in her stink p****. I don’t know if it stinks, but I imagine it does. If I ever find out I’ll let you know for sure, I’ll tell like Azealia Banks, I’ll tell.”

He’s referring to Azealia spilling the tea a few weeks ago claiming she and the married comedian had an affair.

Meanwhile, Owens was far from offended by the jabs. She took to Twitter to praise Dave for adding her to his routine.

Check our her tweets above.

Comment by I AM XLV on June 16, 2020 at 9:19pm
Dems vs. Reps. Dave C. Wont be seen with either Lemon or Owen's hes too fearful of his brand... BUT if Dave C could bring Don L & Candice O to a neutral joint... and have us all laugh together that would be the power move this country truly needs!

She called him out!
good for her.
The special was wacked! All this emotional Black lies BS is worse than my girl on her period.

Did she just proposition Dave?