Do you agree that V. Stiviano's secret recordings and subsequent releasing of private conversations with Donald Sterling is as bad/morally reprehensible as what Mr. Sterling said on the recordings?

What happened to Sterling was morally wrong 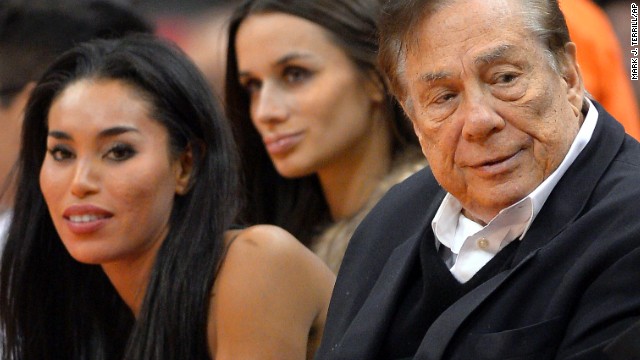 The NBA's suspension and $2.5-million fine for Los Angeles Clippers owner Do... sent shockwaves through the sports world, but it's not the first time a league has cracked down on a team owner.
STORY HIGHLIGHTS

Editor's note: Marc J. Randazza is a Las Vegas-based First Amendment attorney and is the managing partner of the Randazza Legal Group. He is licensed to practice in Arizona, California, Florida, Massachusetts and Nevada. The opinions expressed in this commentary are solely those of the author.

(CNN) -- This past week, my inbox blew up with e-mails asking whether Donald Sterling's First Amendment rights were violated in the uproar over the Los Angeles Clippers owner's racist remarks about black people. After all, he was simply expressing his views, however unpopular.

While he did have some rights violated, his First Amendment rights remain intact.

The First Amendment protects you from the government punishing you because of your speech. The NBA is a private club, and it can discipline Sterling all it wants.

What about the chorus of criticism? Are we all violating his First Amendment rights by criticizing him? We are punishing him for his speech.

Most everyone would agree that Sterling's ideas fail in the marketplace of ideas. Nevertheless, I reluctantly stand on Sterling's side today. What happened to him may have been illegal and wasmorally wrong.

Start with illegal. In California, you can't record a conversation without the knowledge or consent of both parties. The recording featuring Sterling and V. Stiviano may be the result of a crime. Once she gathered this information, someone leaked it (she denies i... -- and it went viral. This is where I think things went morally wrong.

We all say things in private that we might not say in public. Sometimes we have ideas that are not fully developed -- we try them out with our closest friends. Consider it our test-marketplace of ideas. As our ideas develop, we consider whether to make them public. Should we not all have the freedom to make that choice on our own?

The Nevada rancher Cliven Bundy made his own stupid and bigoted statements, and he's been nationally pilloried, too -- but he chose to make those statements to the world. He deserves every ounce of obloquy heaped upon him.

But does Sterling? Think about what his public character execution means. It means that we now live in a world where if you have any views that are unpopular, you now not only need to fear saying them in public, but you need to fear saying them at all -- even to your intimate friends. They might be recording you, and then that recording may be spread across the Internet for everyone to hear.

Isn't it bad enough that the National Security Agency can spy on all of us? How can we complain when we condone giving our closest friends the ability to do worse -- perhaps just to try and destroy us.

In the novel "1984," George Orwell wrote of the Telescreen, a device that beamed information into the home but that also spied on people constantly. Even if we were to stop the NSA in its tracks, would we still now live in a world where the Telescreen watches us? Only instead of an oppressive government installing it in our apartments, it is conveniently placed in the hands of our dear friends.

Don't get me wrong. Sterling does seem to be a bad person. But sometimes the bad person is also the victim, and he stands in for us. As you applaud Stiviano for bringing the racist old man's viewsto light, consider if it were you speaking to a woman friend in what you thought was a private conversation.

Do we now live in a world where we can trust nobody? Where there is no privacy?

In this story, there are two villains. Sterling represents the bad old days. But Stiviano's behavior represents the horrifying future. Shouldn't we condemn the complete breakdown of privacy and trust at least as loudly as we condemn some old man's racist blathering?

Comment by Ruff de Gehto Travler on May 1, 2014 at 3:04pm
To me not if he said it in private !!!! I think he was violated , Do you know if some body typed some thing up here and some one takes it and shows it to you boss how would you feel !!!! You are saying it in confidence of other bloggers not your boss , I felt the same way about the cops that were fired over what they typed on face book that is there page and to me unless you are a threat to yourself or others it's nobody business but yours and who ever you are speaking with!!!!