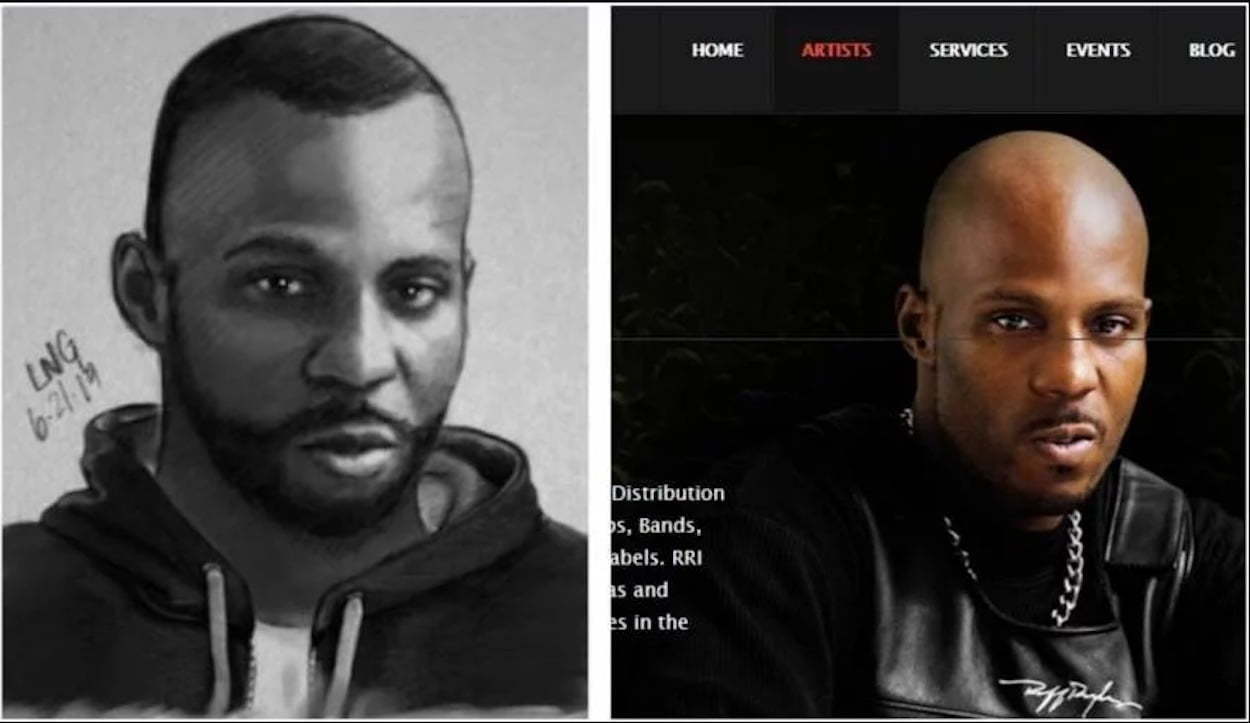 DMX has a doppelganger who went on a crime spree in South Carolina.

DMX is trying to put his legal troubles behind him, but someone who looks a lot like him has managed to bring the rap legend’s name back in the headlines. The New York rapper has not yet weighed in on the developing story, but he might want to steer clear of South Carolina at least until cops catch his look-a-like. The man is wanted by cops for attempted murder.
The Columbia Police Department has since released a police sketch of the suspect which has been making the rounds online. According to The State, police responded to a 911 call on June 19. When cops arrived at an apartment complex, they found a 27-year-old man suffering from gunshot wounds in the lower abdomen.

One eyewitness told police officers that the suspect looks like DMX. The police department released the sketch on June 24, and the image quickly went viral on social media. It’s almost as if you’re looking at DMX with hair and a beard. Columbia Police Department Deputy Chief Melron Kelly made sure he pointed out that the rap icon is not the suspect that they’re looking for.

“We always let the witness dictate the process and how everything unfolds,” South Carolina Law Enforcement Division spokesperson Thom Berry said. “We make sure the witness sees everything we do and is comfortable with whatever rendering that we make.”

DMX, whose real name is Earle Simmons, was recently released from prison after serving time for tax evasion. The former Ruff Ryders rapper also did a stint in rehab for drug addiction. He is currently shooting a film in New York and likely want his name out of the headlines for anything remotely illegal.