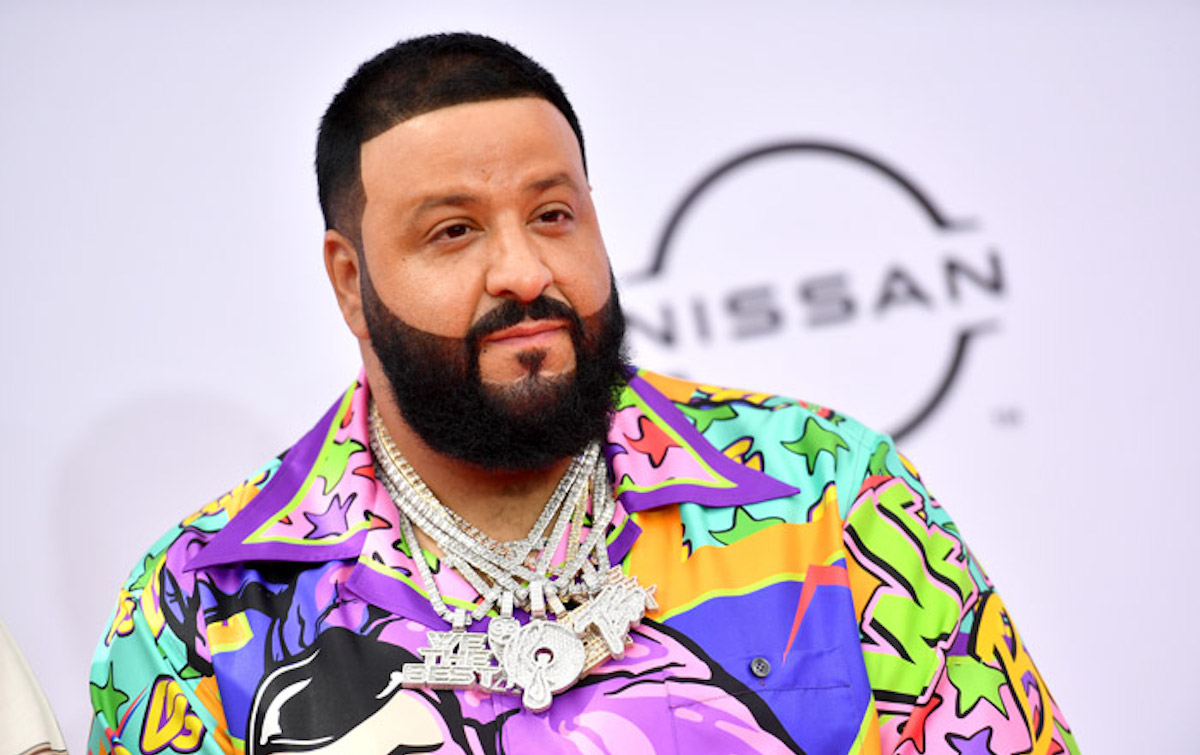 DJ Khaled is mercilessly mocked by Twitter fans this weekend for his poor guitar-playing skills.
The guitar in question was the Guild Guitar, a series made in collaboration with the Marley family that is similar to Bob Marley’s own Madeira A-20 guitar. It was sent to DJ Khaled by either the Marley family themselves or the creator with a short note from the family. The video popped up online and quickly made its rounds through social media. Fans were very disgruntled to see the famous producer’s inability to play the instrument as a record producer that has worked with a multitude of artistes.
In the video, DJ Khaled shows off the personal note and hands it over to a woman to read. After she finishes reading the note, he begins playing the guitar. It was a cringe-worthy sight for any avid guitar player, which was the main reason for the uproar. Fans found it hypocritical that DJ Khaled, the famous music executive, record producer, and DJ was unable to play the guitar in a way that would honor the music legend, or at the very least, they expected him to be able to play it properly.
Twitter users were not only ripping into him for his lack of guitar skills but his lack of sensitivity towards the significance of a gift based on the reggae legend Bob Marley.
Some were more kind-hearted than others and came to his defense. One commenter pointed out that he does not need to know how to play a musical instrument.

However, it was quickly shot down by one reply, which stated, “That’s really weird b/c most producers know how to play at least one instrument. Or understand how music works. Or at least know when not to play something.”

Whether users were on his side or not, it does point to a question frequently asked about DJ Khaled, what does DJ Khaled actually do?

He has a ridiculous amount of features on songs with his infamous taglines, “We da best music” and “DJ Khaled,” but otherwise makes no further appearance on his collaborations which has led many to degrade his music skills. Unbeknownst to many people, he is a great music producer; his role is to collaborate with artistes and beatmakers to guide the direction of songs. This is an extremely valuable role that can make or break a track.

Despite his lack of guitar playing skills, there is proof in his pudding as he is a producer behind many award-winning hits such as, “Higher” (featuring John Legend & Nipsey Hussle), I’m the One (featuring Justin Bieber, Quavo, Chance the Rapper and Lil Wayne) and “For Free” (featuring Drake).

Despite sending the wrong message about his respect for the reggae legend, it is needless to say, he has worked hard to make his name and deserves all the credit he gets.

On a side note, the Bob Marley guitars are some of the best on the market.

Hey! I am Iqbal Saleem from Pakistan . I have been associated with online business since 2020. Currently, I am playing my role as a quality assurance at vividshop.pk. I analyze every product and take the reviews of the customers. If the customer’s reviews bad about some product, we would certainly remove that product. Therefore, you can rest assured when it comes to the quality of our products.

There are numerous custom writing services operating in the UK but do they guarantee affordability and quality features together? If not, you do not need to reach out to them as PhD Dissertation Help furnishes qualitative yet cheap dissertation writing service UK for you. So, get the best by placing an order now!

Facing difficulties in assignment research and composition is natural for the students. Every student is not in writing their assignments or dissertations. Most students prefer to hire assignment writing services. It is because they couldn’t do their tasks on their own. You can buy such services. These service providers are highly professional and cooperative.

What a beautiful hair and beard cutting style. You are looking rock in this style. Right now, I am busy with my study; after completing my study, I will try to cut my hair like this and I have saved your pic. Thanks buddy. buy dissertation online

To be honest, I was looking for an English Literature Dissertation writing service when I landed on your site. I do not know, why it directed me towards you but I think it made the right decision because I have never found such type of information which you have shared with us. Literally, it is very huge and authentic information.

Just another culture vulture to dumb down the masse, tub of lard Arab should stick to his own music.