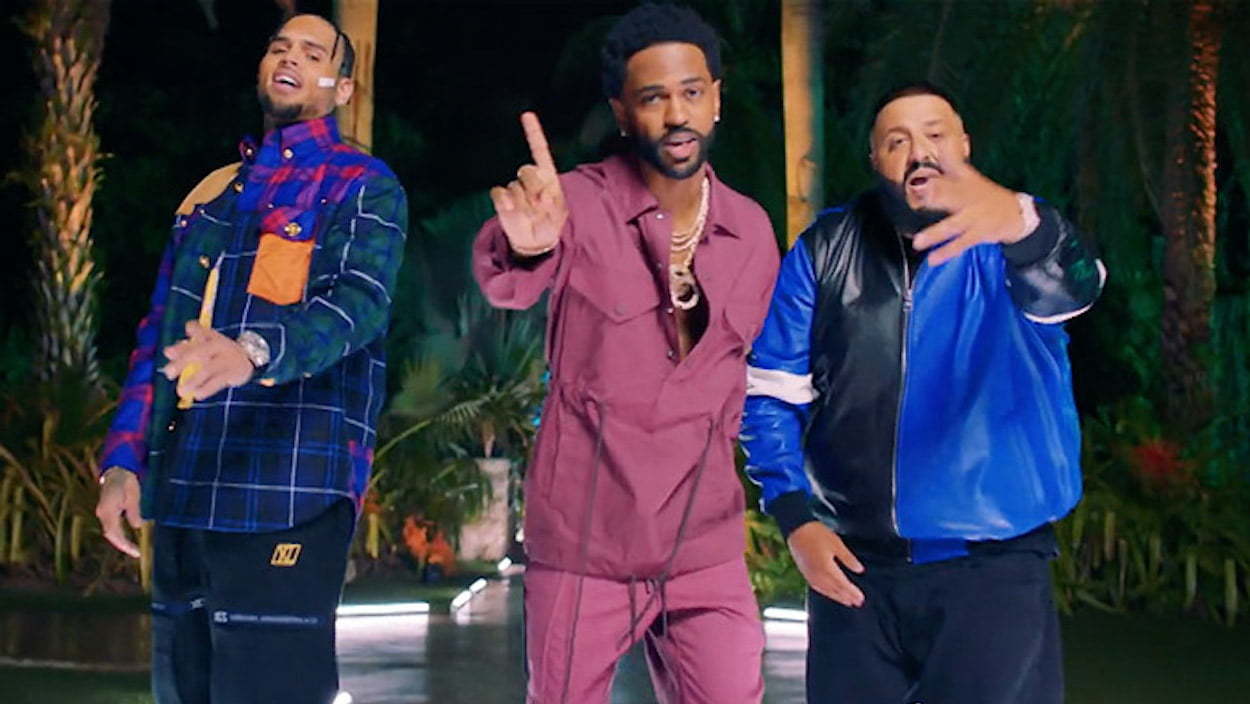 The famous disc jockey/producer is currently dominating the airwaves with his new album, Father of Asahd, which was released last night. One of the tracks on the project is “Jealous” featuring Chris Brown, Lil Wayne, and Big Sean. DJ Khaled released a cinematic 8-minute video clip of was co-directed by Khaled and Eif Rivera with a special cameo from Jennifer Lopez. The singer/actress dished out some advice on how to deal with jealousy.
The video then moves to a scene where DJ Khaled and Chris Brown hangs out with some expensive supercars and some smoking hot ladies. The two then go to race in their Ferrari and Lamborghini where Khaled bet Chris that if he wins he will get a hundred more features and Breezy says if he wins he wants a lifetime supply of food from the famous Fingalicking restaurant.
Khaled then links up with Lil Wayne where they bet on a race involving his Maybach and Lamborghini trucks before he links with Big Sean and goes boat racing in South Beach. Father Of Asahd comes packed with bangers from artists like Cardi B, Meek Mill, 21 Savage, Buju Banton, Mavado, Sizzla, SZA, Post Malone, Travis Scott, and more.