Toronto: Music lovers in Canada will be in for a big treat when three ‘distinguish gentlemen’ of reggae head to Toronto for the show of a lifetime dubbed 'Men of Distinction' on November 19 at the Double Tree  Hotel 655, Dixon Road. Presented by Rinkah and Fam Records, the event will feature veteran singers Dobby Dobson, Pluto Shervington and Boris Gardiner.


Dobson, nicknamed 'The Loving Pauper,' is one of the great, soulful voices of the rocksteady era. Among his many hits are Loving Pauper, Mexican Divorce and Muriel. Last year, he was the recipient of a "Lifetime Achievement Award at the inaugural Linkage Production Awards in NY. The former Kingston College old boy also stole the spotlight with a jaw-dropping performance that had fans dancing to hits like "That Wonderful Sound," "Sweet Dreams," "Muriel" and "Loving Pauper." Earlier this month he was again recognised for his contribution to the music industry with the Order of Distinction (OD) in the rank of Officer by the Government of Jamaica on National Heroes Day. The smooth voice crooner will be heading to Canada on a high as not only has he been honoured in New York and Jamaica, but he was also recognized in Miami for his contribution to music as well.

When it comes to delivering lovers rock classics, veteran crooner Boris Gardiner has an extensive catalogue of hit songs which he will be unleashing on fans in Canada. Among the numbers he is expected to deliver are his UK number one hit, I Wanna Wake Up With You, You’re Everything to Me, This Old House, Elizabethan Reggae and My Commanding Wife.

Over the year singer Pluto Shervington has recording a numbers of classic songs that has left music lover cracking up, as well as nodding, while enjoying the singer’s play on words. Ram Goat Liver, Your Honour and Dat are just some of the humours songs he has recorded. Of course he also hit the big notes with numbers such as Sixpence, Letter from Miami and Keycard.

Now based in South Florida the singer - regarding as


one of Jamaica's most prolific and successful singer/ songwriters -


will be joining his fellow Jamaican music legends to give Toronto reggae lovers the performance of a lifetime.


And that is what Rinkah promoter Karl Haughton has in mind when he says "This concert promises to be the best in Toronto for 2011 as it features accomplished professionals and young artistes who have performed excellently in previous concerts.”

Also  appearing on stage will be Toronto born reggae singer Bonnie Casey, Kafaye Rose, Oswald "Ossie D" Douglas, Empress Minott and  Jackki James. All artistes will be backed by Mountain Edge Band while MC duties will be handled by DJ Cool from Sound 100.3FM and Sir B from CHRY, 105.5FM. 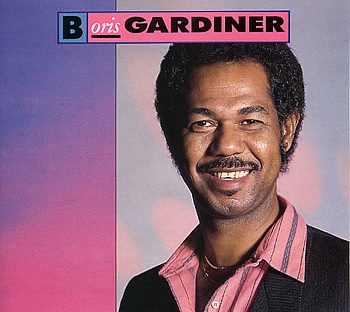 Comment by JamRockLady on October 26, 2011 at 10:50am
Sweet. I personally know some of the people involved in putting this together.  If my busy schedule permits, I'll try to make it out.