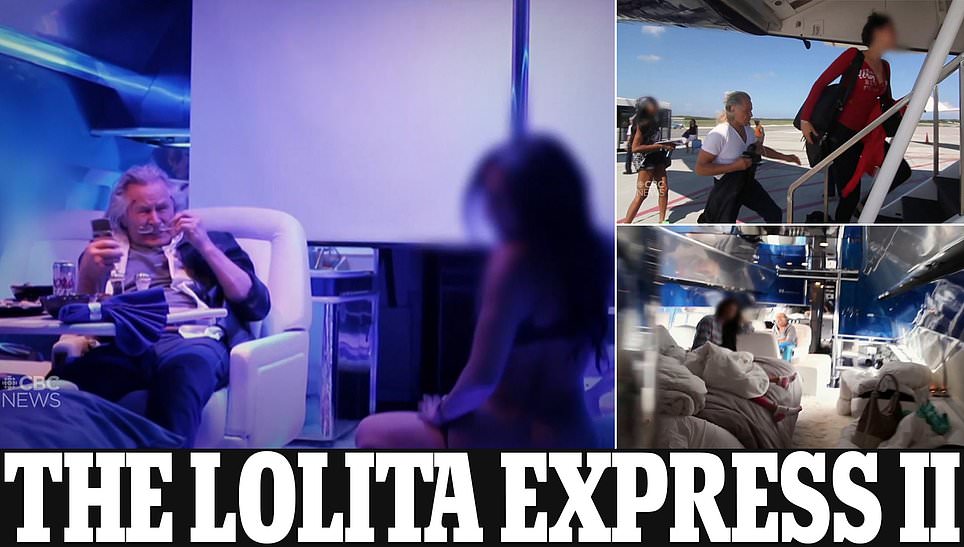 Comment by Robert on January 30, 2021 at 3:47pm
What stupid billion would hire someone to videotape his kinky antics?

With all due respect; them hoes knew what they was getting into.

Okay.....this happened more than 10 years ago and it's now making news?  This shows me that the media don't have any salacious stories to tell so now this will be on the front page.  Amazing.  These 17 year old girls know exactly what they're getting into and they participated on their on free will.  Look at Instagram, FaceBook and other social media outlets; all they promote is sex.  Even the television, movies and commercials sexualize everything, which is a big influence on these young girls, not to mention, grandma and moms also want to dress like sex symbols not setting an example to the young girls.  Hell, I remember when my grandmother use to wear a petticoat under her dresses.  Most people don't even know what a "petticoat" is.  Everyone puts a dress on these days and you can see everything.  There's nothing left to the imagination.  I'm not saying what he did is right, but hey, we live in a society that promotes this behavior, so why make it news?

These females puts a price on their own head...smdh

Comment by vaughn mitchell on January 29, 2021 at 1:44pm
He better hung himself, jail will not be too kind for him.

Be careful the 17 years old now consider young adults, thet are the one making the money, majority of those females are not 18 and they are all want to be treated like adults and do what adults do, so font feel sorry or bash him and you all know it