Diddy's Son Justin Gets A $360,000 Car for His Sixteenth Birthday Money might not buy love, but it will buy a six-figure Maybach for the teenaged son of a hip-hop superstar.

Thanks to his dad, hip-hop mogul and businessman Sean "Diddy" Combs, now Justin Dior Combs is the proud owner of a $360,000 luxury sedan. 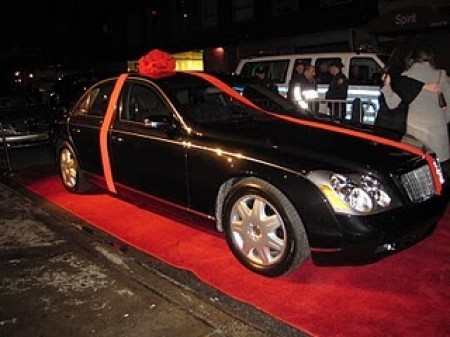 His dad didn't just throw Justin a huge, star-studded birthday party at the Manhattan club M2 Ultralounge on Saturday night. He also presented the youngster with a brand-new Maybach, wrapped in a red bow and parked outside the club.

The party, which was filmed for the MTV reality show "My Super Sweet Sixteen," featured performances by rappers Fabolous, Lil' Kim, and Jim Jones. Cast members from "Jersey Shore" were also there to wish Justin a happy birthday.

In addition to the wheels, Diddy gave his son a check for $10,000, which Justin immediately donated to Wyclef Jean's charity Yele Haiti. And since the teenager doesn't yet drive or have a license, Diddy provided him with a uniformed driver to escort the teen and his friends around Manhattan. 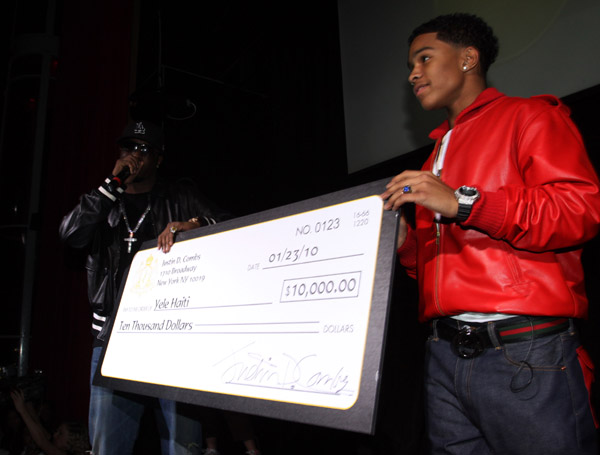 Surprisingly, Justin doesn't seem spoiled by life as the son of a mega-star. At the party, he told UsMagazine.com "Words can't even describe how I feel.'' Justin, whose mother is Diddy's ex Misa Hylton-Brim, said ''I'm so blessed and thankful for all of this."

For the non-autophiles: A Maybach is the ultra-luxury automobile line owned and operated by Daimler, which is also the parent company for Mercedes-Benz. Maybach is a favorite brand in the hip-hop celebrity community. Russell Simmons and Jay-Z are among the famous Maybach owners, and the Simmons-founded Def Jam record label had a release called ''Maybach Music.''

Even with new wheels, no birthday is complete without a cake. Diddy made sure his son was not disappointed. 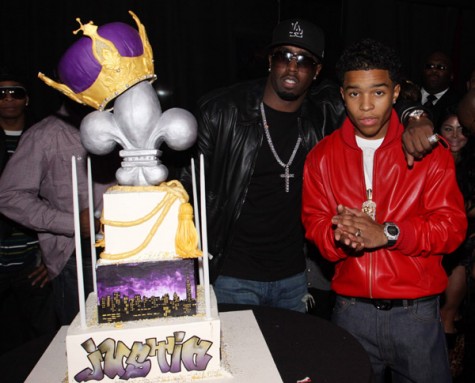 Comment by Jewel Holder on January 28, 2010 at 2:14am
Even with all those riches and indulgence the boy is not a spoilt brat. Kudos to Diddy for that and to his son for doing the selfless thing and donate his monetary gift to Haiti. Well done!

Comment by N.Deane on January 27, 2010 at 4:37pm
well at least the boy did give his birthday money to Haiti, cause they need it more than him rite about now

Comment by N.Deane on January 27, 2010 at 4:35pm
a Maybach?? giving a 16 year old a maybach?? Damn what happen to Mercedes Benz or Range Rover??
Y do I have this feeling that maybach is actually Diddy's that he got washed and put there on display thinking the boy gonna get that car lol

Comment by Lyndon on January 27, 2010 at 12:07pm
Well is daddy have it so he can give i to his son so the world can see what rich family do for their kids for they Bday.