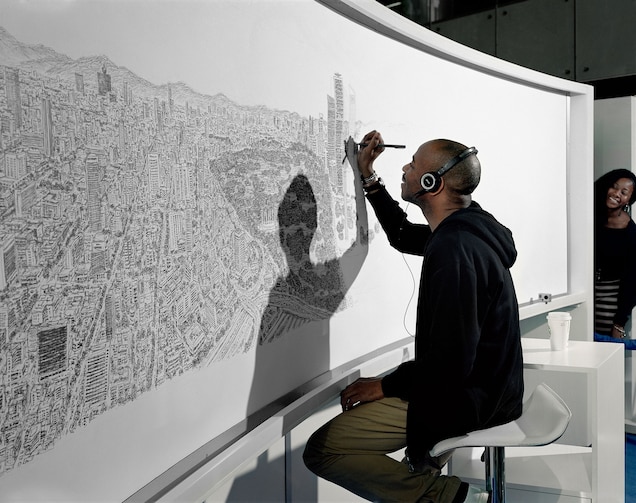 After flying just once over Mexico City, artist Stephen Wiltshire drew the entire cityscape from memory on a 13-foot canvas

See This Incredible Artist Draw a Whole City From Memory

Today, Stephen Wiltshire is one of Britain’s best-known artists. His commissions have a four- to eight-month waiting list, and videos of him sketching panoramic cityscapes in perfect scale have a tendency to go viral.

But when Stephen was in school, his teachers didn’t know what to do with him. Diagnosed with autism at age three, he didn’t say his first word (“paper”) until age five. Still, as a child, Stephen could sketch stunningly accurate images of wildlife and caricatures of his teachers.

Later he began drawing the buildings he was seeing around London with impressive detail. His older sister Annette would take him to the home of a school friend who lived on the 14th floor of an apartment building, so he could see a sprawling view of the city. He marveled at its layout and landmarks. From that point on, she says, “his passion became obsessive.”

At age eight, he got his first commission—from the British prime minister. Language didn’t come easily until the next year, but by age 13, he had published his first book of drawings. The public and the media became fascinated by the young teen’s incredible memory. Stephen was featured on television shows and in documentaries about so-called savants. 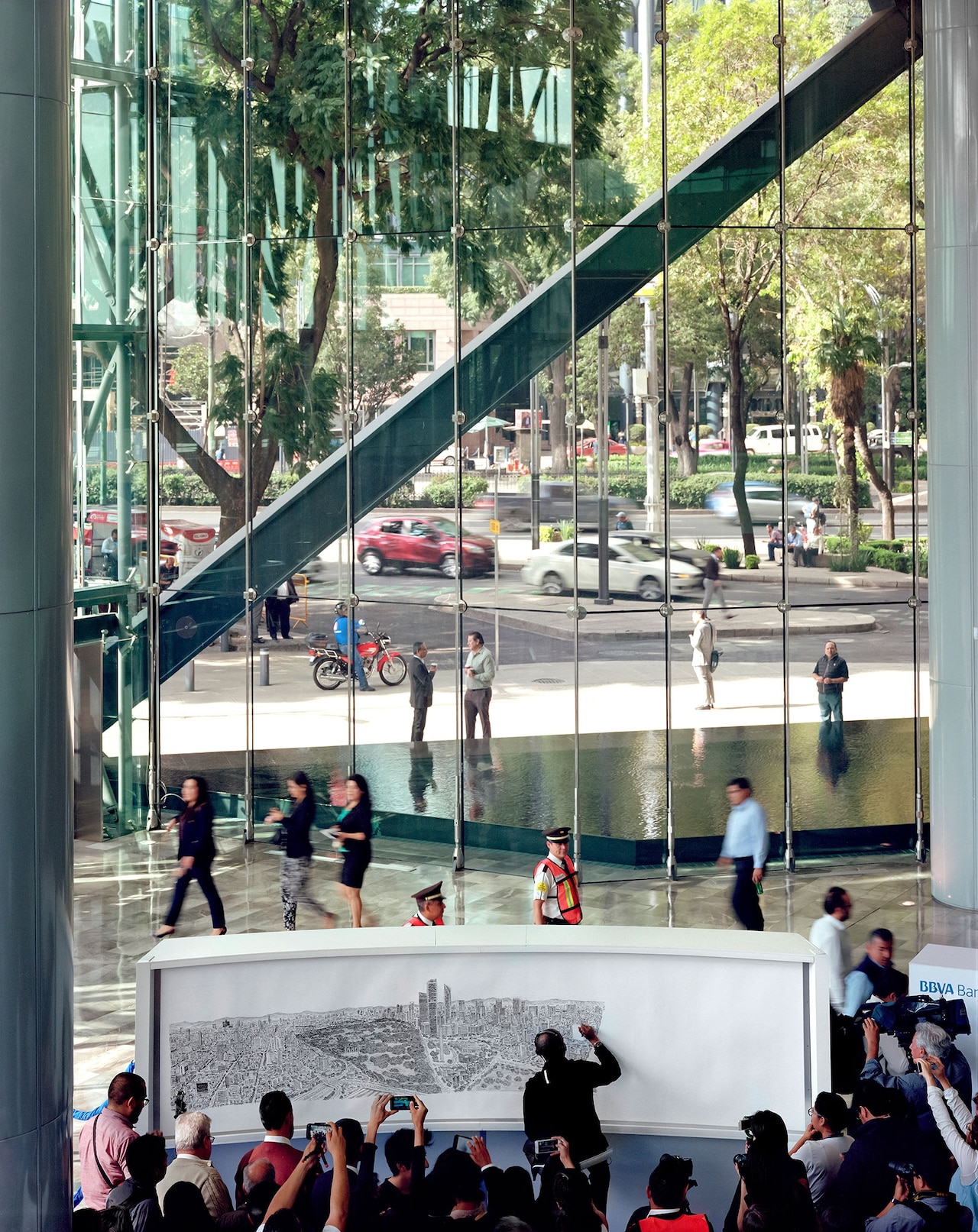 Wiltshire completed his sketch of Mexico City in front of onlookers inside the city's Bancomer bank.

MAJESTIC ENERGY. WITH 2 NEICE AND NEPHEW WITH THIS SAME DISABILITY,