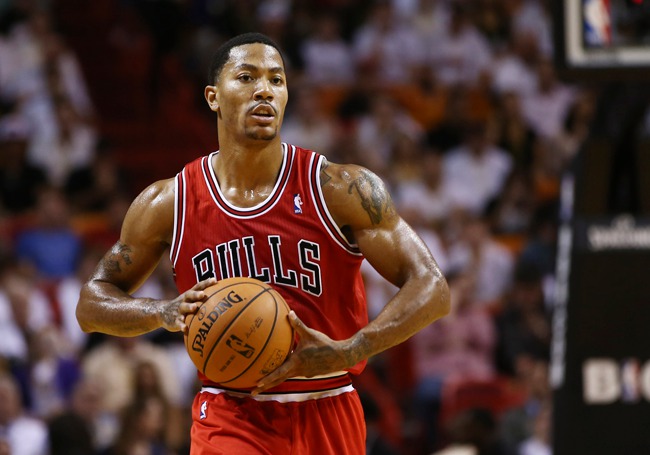 NBA superstar Derrick Rose, 26, is facing allegations that he participated in the gang rape of an ex-girlfriend after she was drugged, according to a new lawsuit. The victim goes on to claim that in August 2013, she was drugged while at Rose's Beverly Hills home by the player and two of his friends, Randall Hampton and Ryan Allen.

The men allegedly intended to rap Doe, but she managed to leave with a friend.

Later that night the three men went to the victim's apartment and reportedly gang raped her. She claims she waited two years to file the lawsuit because she was "ashamed and embarrassed" of what happened and concerned her "conservative family" would find out.

She's asking a judge to award her unspecified damages.

Rose's attorney, Lisa Cohen, told TMZ the allegations were an attempt to shakedown her client.

"We have complete confidence that the case will be dismissed and that Mr. Rose will be vindicated. This lawsuit is outrageous," Cohen said. 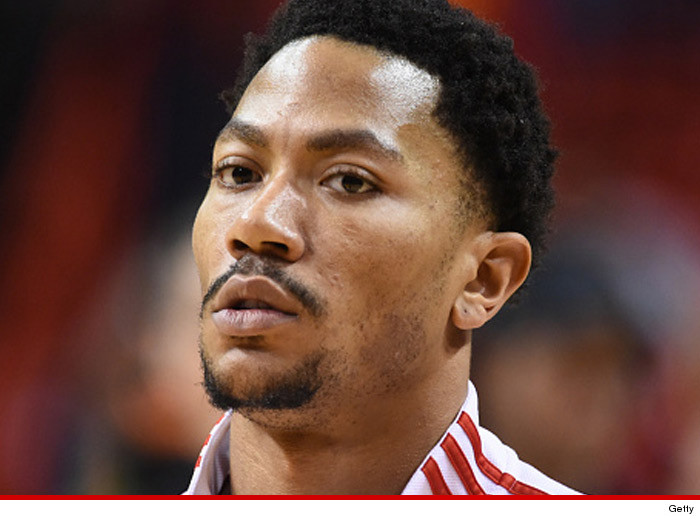 Derrick Rose is being sued by a woman who claims the NBA superstar and two of his friends drugged and gang raped her.

Rose's accuser says the two continued to date until August 2013, when Rose and two friends, Ryan Allen and Randall Hampton (who is also Rose's personal manager), invited her to Rose's Beverly Hills house. She says there, they slipped a drug into her drink with the aim of raping her.

The plaintiff says she escaped the house with a friend, but later that night, Rose and his friends broke into her apartment and gang raped her while she was incapacitated. She says she remembers only "flashes" of the incident, but can remember the defendants forcibly raping her.

She claims she waited for two years to file the suit because she was "ashamed and embarrassed" of what happened and concerned her "conservative family" would find out.

We've reached out to an attorney for Rose, but so far ... no word back.

Comment by Big Shot... on September 20, 2015 at 12:48pm
This is not gonna end until there are laws to protect victims of false rape and/or allegations. There should be strict laws to penalize those that attempt extortion, accuse people of rape/attempted rape. Let them face the same fate if found lying about the act. That would put a stop to all of this madness. Right now because of the Cosby Circus, its become trendy to claim rape more then ever. The cookie cutter excuses have been getting a pass from the public so it doesnt matter how many times its being ran. Even though everyone has heard all of these reasons a million times. Sorry, you cant clam rape because your now mad at the guy for some reason. You cant cry rape because he cut you off. You cant cry rape because you let people he knows slut you because you want something from him (the rich/famous guy). You dont have the choice to claim rape later because he dont call you the next day. Thats NOT rape. If you were willing at the time, then no one took anything from you, you were not raped. If you are drinking and/or taking drugs, you are responsible for your own intake just like when the Government wants to enforce laws on anyone. Its your responsibility, what you take and how much, you are a grown-up. (You should have enough smarts and class to choose who your partying with.) Like drinking and driving. YOU go to jail, not the friend, supplier, auto manufacturer...

But, If you were raped, get a report done, pics, tests, witnesses to back some of your story, speak to someone immediately. If you dont then you loose. They get away with it. None of this 10-20-30-40yrs crap.. Thirty years is a lifetime basically, if you held it all of that time, youve made up you mind to live with it based on your own actions. So dont come claiming youve been hurt and have been suffering with it forever when you choose to hold it in. Thats your fault, and you probably hurt others too by doing so. This is not something to be played with, a stern, solid approach must be taken. Too many have been caught lying because they had motives. This is foul button that any female and press at anytime and dont have to have any proof or evidence. He is forced to defend himself and reputation on allegations. And whether hes innocent or not, he is forever scarred with a tarnished reputation and sometimes a record (which cannot be erased, once its there, the damage is done.). The female walks off as a victim whether hes guilty or not also because most still never believe the innocent man in these situations 100%. Most believe he did it and is lying, he got away with it cause they couldnt prove it or there was a loophole or something. They find reasons to side with the women as if no women would lie or would ever do something like that to someone. Which is total non-sense. (Bottom line is he spends his life from then on trying to prove himself.).. Several times a year since early 2000 new DNA testing have cleared many men of charges. And none of these females have been brought up on charges of any kind. (Its like they all just said, ooops, my bad, and keeps it moving.) One man lost 28yrs of his life. He cant, nor can any of the men accused get their lives back. That new testing exposed quite a bit over the years now. This is further proof that a female will lie for whatever the reason, even, about things as life changing as rape.

Like Bill Cosby. Are we to believe he raped about or more then 100 women??? (B/c this is where its going. ) Being theres no proof needed, anyone can jump on board) 98% of them were Whitewomen and this is ranging back through the 60's & 70's? A Blackman doing that wasnt even possible then no matter who it was 1-3xs let alone more then 20. (Get outta here with that sh*t please) If anyone believes what the media is spinning and what those sad washed up failed actresses say, you should have your head examined. (Lets not be so fast to except whats popular at the time, do a little research on everybody involved, it tells it all. Motives. Etc.) The reasons for the attack on him, has nothing to do with females being done wrong, its the intelligence and money that the man has, along with his determination to succeed in what he wants that is the cause of this. When they say no to a Blackman in America owing and running his own completely (knowing hes trying to uplift his ppl) theyre NOT having it, and will do anything to stop him.

why was this foolishness published?

If you know someone slip in your drink earlier and tried to rape you ...Why open you door much later for them to come in and assault you ....What a set up

Comment by Divine God on September 1, 2015 at 5:01am
This sounds like bill Cosby bullshit. The media is trifling, always trying to destroy a blessed black man. JUST Join The Hanging Of The Blackman and get paid while doing it. Wake up black people.

Comment by Cleverboy on August 31, 2015 at 6:52pm
Tacky ass bitchs trying to shake down another brotha. Im so sick of these NASTY ASS HOES always looking for money after the dude dont want your stank ass anymore. 2 years to report it my ass. B**** u a HOE looking for a easy come-up. Get the f*** outta here

here we go again using the split to get s***

Comment by Jerome S [ Barz ] on August 29, 2015 at 4:29am
This is a horrid, story. I hope that it's not true, Id rather hear about a diva money scam than another popular known figure raping something. Both are bad which makes this news horrid.