Inmate Shoots His Shot At Pretty Judge; During Arraignment!! (Video) 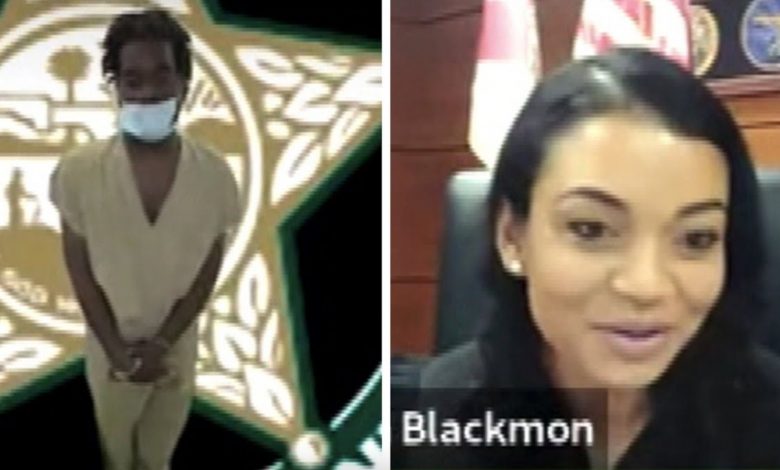 Demetrius Lewis became a sweet talker when he faced Judge Tabitha Blackmon remotely in Florida, even though Covid-19 restrictions were in place he was determined to use his charm to play a game with the attractive judge.

He used some of the tactics that were taught in playaz school.  He is facing charges of attempted burglary and ecstasy possession, but he thought he could sweet talk the judge and get her to be more lenient when she was handing down her verdict it seems.

He started off by telling her how gorgeous she was, he said he had to tell her how much he loved her many times. He poured out his heart felt adoration and he got the judge to smile, she was receptive at first.

However, it didn’t take long for her to burst his bubble, he might want to allow his lawyer to do all the talking next time.

Romeo is still sitting in jail and his bail is set at $5000 after he blurted out “Whaaaat” like Lil Jon during the prosecutor’s remarks, at one point as if he forgot he was in Court.