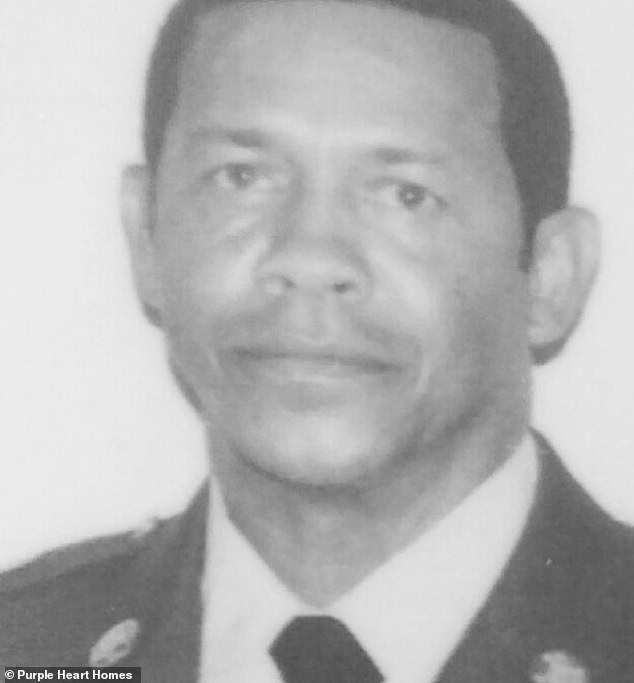 A decorated Vietnam and Iraq war hero says his prosthetic legs were repossessed two days before Christmas after the Veterans Administration failed to pay for the artificial limbs.

Now Jerry Holliman, 69, says he's stuck in a Mississippi veterans home, unable to use the artificial limbs after they were returned to him - most likely because he went to the media with his story.

He technically still doesn't own them and needs to have them adjusted before he can wear them.

His solution, he was told, was to file a claim with Medicare, and make a co-payment.

He said: 'I went into Vietnam in 1970 and stayed in the military until I was 60 yearsold. This is ridiculous. Insane really.

'You spend so long, doing something for your country, and you expect it to do something in return, but it doesn’t happen.'

Holliman's story describes the frustration veterans promised lifetime medical care through the help of the VA sometimes endure when they claim benefits from the government.

A VA spokesman told DailyMail.com that the agency couldn't address Holliman's charges due to privacy reasons, however, that the agency was not involved the purchase of the artificial legs, as he says he believed it was.

Volunteering for service, Holliman completed Basic Training at Fort Ord, California, and received an accelerated promotion that allowed him to serve as a squad leader in the 101 Airborne Division over in Vietnam, according to his profile page on PurpleHeartHomes.org.

After Vietnam, he continued in active duty while stationed in Egypt for Operation Bright Star and the Tigris-Euphrates River Valley in Northern Iraq.

'Jerry participated in 37 convoy missions in Iraq from 2004 and 2005,' PurpleHeartsHome.org says. 'In 2010, Jerry was honorably discharged after 40 years in the Army. He had reached the rank of Sergeant Master.'

He was the recipient of the Bronze Star from his service in both Vietnam and Iraq, according to his discharge papers, reports the Clarion Ledger.

Holliman also was exposed to Agent Orange, the chemical agent used to wipe out forestry in the hunt for enemy soldiers, which also has been linked to illnesses.

He told DailyMail.com he's beaten cancer three times, but that diabetes caught up to him, crippling his legs.

Both ended up with gangrene, leading to the amputation of one in 2018 and the other in April, the Ledger reports.

He moved from his home in Hattiesburg, Mississippi, to a veterans home in Collins, which was supposed to be temporary until he got his mobility back, reports the Ledger.

That's when in August he was suited up with artificial limbs from Hanger Clinic, assisted by the firm's office in Hattiesburg.

A representative from the office was not immediately available when DailyMail.com reached out.

He said Hanger provided his artificial limbs in August, that he held on to his paperwork, including handwritten notes on how to use and clean the prosthetics, and that he began rehab at the veterans home.

Jerry Holliman, pictured from a post on the site PurpleHeartsHomesUSA.org, is a recipient of both the Bronze Star awards

After undergoing a few rehab sessions, he said he was then told by Hanger staff that the VA wasn't paying for the limbs. He said the home, wasn't able to help and that his last hope was with the federal government.

A VA spokesperson was not immediately available when DailyMail.com reached out.

With the price of prosthetic limbs typically in the thousands, Holliman says he was encouraged to file a claim with Medicare, which leaves him responsible for a co-pay, which he refused to pay.

On December 23, he says Hanger sent an employee to adjust the limbs and have him sign Medicare paperwork. When he refused, the artificial limbs were reclaimed.

'He was always under the impression, "These were my legs,"' his son Jerald told the Ledger. 'What he's done for his community, his country ... for them to have taken these legs is an insult.'

'I stayed in the military 40 years, I'm a Vietnam veteran, then I came back and I went into Iraq. I've had cancer three times from Agent Orange,' Collins says in video footage taken by the Ledger, showing him in the veteran's home.

'I'm going through deep depression. I really want to throw in the towel' he says. 'It's because of them repossessing my legs like that. I was going through therapy to try and get up and go home. It's not even worth it anymore.'

After a reporter and photographer from the Leger visited the same home on January 2, Holliman says the Hanger representative returned with the limbs.

''You can have 'em,' the representative said, Holliman recalled to the Ledger, claiming he was denied the adjustments he needed for using the prosthetics.

'They're not going to do anything to them until the VA pays them,' Holliman says he was told.

Hanger declined to give prices for its artificial Limbs, when asked by the Ledger, which quotes a 2013 ABC News report that provides a range of $5,000 to $50,000 for adults.

At least two GoFundMe pages have been created to help the veteran since his story went public. 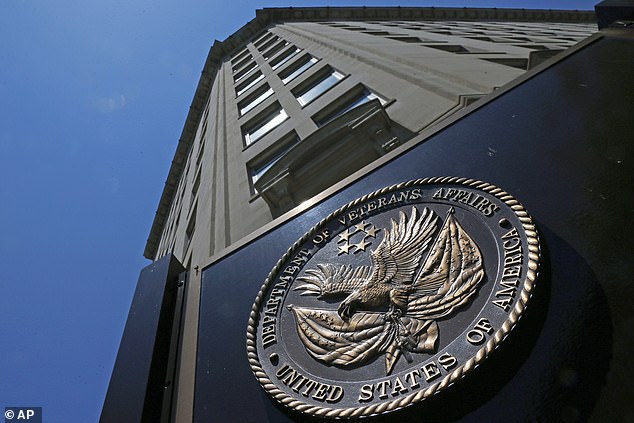 Holliman says he was told the Veterans Administration (file) wouldn't cover the cost of his artificial limbs, and that instead he should file a claim with Medicare and make a co-payment

A spokeswoman for the company did tell the Ledger outlet that 'Hanger Clinic does not take back prosthetic devices after final delivery to a patient has been made,' in a statement, reports the Ledger.

That final delivery will be official once Holliman agrees to have Medicare cover the cost, and make the co-payment.

When re-approached, the Hanger spokeswoman re-stated it could not speak about Holliman's case specifically, because of privacy laws.

'We understand how critical the devices we build are for our patients' rehabilitation,' she said in a statement.

'It is our policy, in accordance with regulatory guidelines, to follow up with every patient we see and make necessary device adjustments through delivery and for at least 90 days afterwards. We are committed to empowering human potential, and want to see our patients regain their mobility and independence.'

Meanwhile, Holliman's claims his depression is tough. He's the youngest resident in the veteran's home and his roommate died last month.

'I was here for one thing — to get my prosthetic legs, learn how to walk in 'em, and go home,' he told the Ledger.

'I've been here over a year. I wanna go home. This place is not for me. It's a dignified place for these guys to die, that's what it is...

'It's probably every other month somebody dies here. And you know what they do? Put a flag over them, and play 'Taps' and take them outta here.'

People should be ashamed of themselves.

I would never fight the white mans wars, Black people have been warned but never learn.