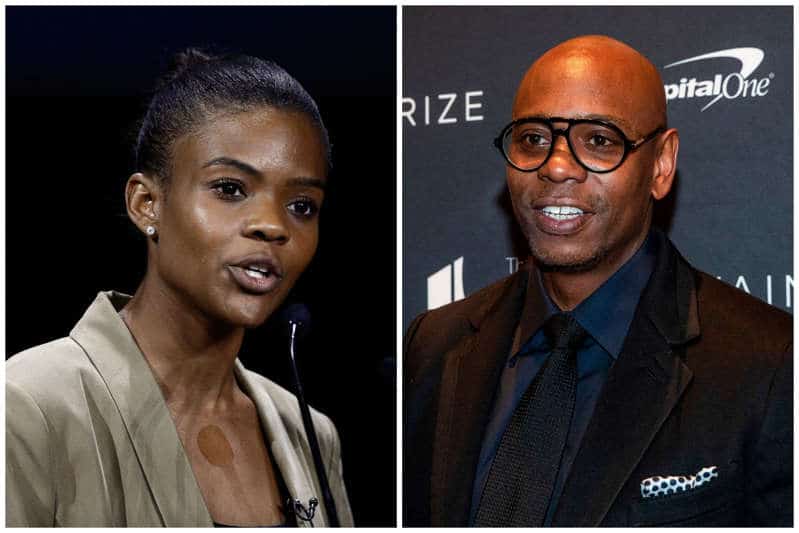 Dave Chappelle discussed his rant against Candace Owens on a recent episode of his podcast The Midnight Miracle.

The comedian made clear that he will not apologize for roasting Owens in his Netflix special, but apologized for calling her “articulate.”

In case you missed it, last June, Owens responded to Chappelle calling her out over her response to the police killing of George Floyd.

“I seen Candace Owens try to convince white America, ‘don’t worry about it he’s a criminal anyway,’” Chappelle said in his comedy special. “I don’t give a f*c* what this n**** did… I don’t care if he personally kicked Candace Owens in her stink p****. I don’t know if it stinks, but I imagine it does. If I ever find out I’ll let you know for sure, I’ll tell like Azealia Banks, I’ll tell.”

He was referring to Azealia claiming she and the married comedian had an affair.

“That rotten b****, she’s the worst,” Chappelle said of Owens on stage at the time. “I can’t think of a worse way to make money. She’s the most articulate idiot I’ve ever seen in my f***** life.”

Meanwhile, Owens was far from offended by the diss. She took to Twitter to praise Dave for adding her to his routine.

Speaking on The Midnight Miracle, Chappelle asked his co-hosts: “There is no possible way that I owe Candace Owens an apology, is there?”

Both Talib Kweli and Yasiin Bey, responded: “F*** that!”

“So the verdict is no apology, right?” Chapelle said, adding  “you shouldn’t apologize for jokes,” deeming it a “very bad precedent to set.”

He also defended his jokes about kicking Owens “in the p****” because of her “cruel and dangerous” comments about Floyd.

“It’s not illegal to be an a******,” he explained before apologizing for labeling Owens “articulate” in the Netflix special.

“By the way, Candace Owens, I’m sorry I called you ‘articulate.'”

I wonder did something very bad happen to her as a child by a black person or black people.

Comment by vaughn mitchell on June 25, 2021 at 7:16pm
Lmao, when Candace Owens decide to wakeup, and notice the color of her skin it will be too late. Stacy Dash, woke up but it's too late.