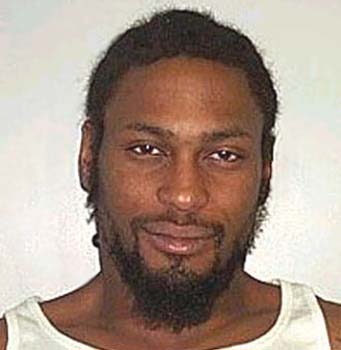 R&B crooner D’Angelo has been absent from the spotlight for years, but he reappeared this weekend in police custody.

The Grammy winner, 36, was arrested Saturday around 2:30 a.m. after allegedly offering an undercover policewoman $40 for oral sex while driving through New York City’s West Village, according to the New York Post.

The arrest comes as he is recording his third studio album, the first since 2000’s platinum-selling Voodoo.

Comment by tlove on March 18, 2010 at 12:17am
not good,WHAT THE HELL IS WRONG WITH OUR RICH OR SOME WHAT RICH BLACK MEN AND LADYS?yall get there in life and blow it becuase of yall money and fame,yall know there is some one or some thing out to help yall kick yall self in the ass or do not let yall live it down yall not learning from yall mastakes,PLEASE WAKE UP OUR BROTHERS AND SISTERS OR WHAT EVER YALL CALL YALL SELFSSSSSSSSSSSSSSSS. LOVE (TLOVE)

Comment by Adrienne Smith on March 10, 2010 at 12:55am
I guess when you become an entertain all the good principles you parent taught you to live by are thrown out the window. The scary part is in 30 years theses shocking headlines of entertainers run in with the law will be nothing compared to what entertainers of the future will get caught doing.

Comment by GUNMAN ah Come on March 9, 2010 at 1:17pm
THIS IS A PROBLEM, BIG PROBLEM. WHERE'S OUR BLACK MUSIC LEADERS WHEN WE NEED THEM. SOMEBODY CALL QUINCY, STEVIE OR SMOKEY FOR THIS BROTHER.

Comment by Carl on March 8, 2010 at 9:47pm
This is unfortunate, but why is this even news? Entrapment by the police is equally wrong and as far as D'Angelo approaching a policewoman, he must be more careful in the future.

Comment by fmt on March 8, 2010 at 2:27pm
damn...this is so sad. I really admire this brother's immense talent...but he can't seem to get it together...if it's not drugs, it's near-death car accidents and now solicitation...

Comment by Jam Yorker on March 8, 2010 at 1:57pm
There is really nothing i can say... this is one of those moments when you go.....Auuuuugh
Another talented one, haunted by his demons about to Bite the Dust
My Nubian Brothers i cry for you all... such talent, such gifts, such waste