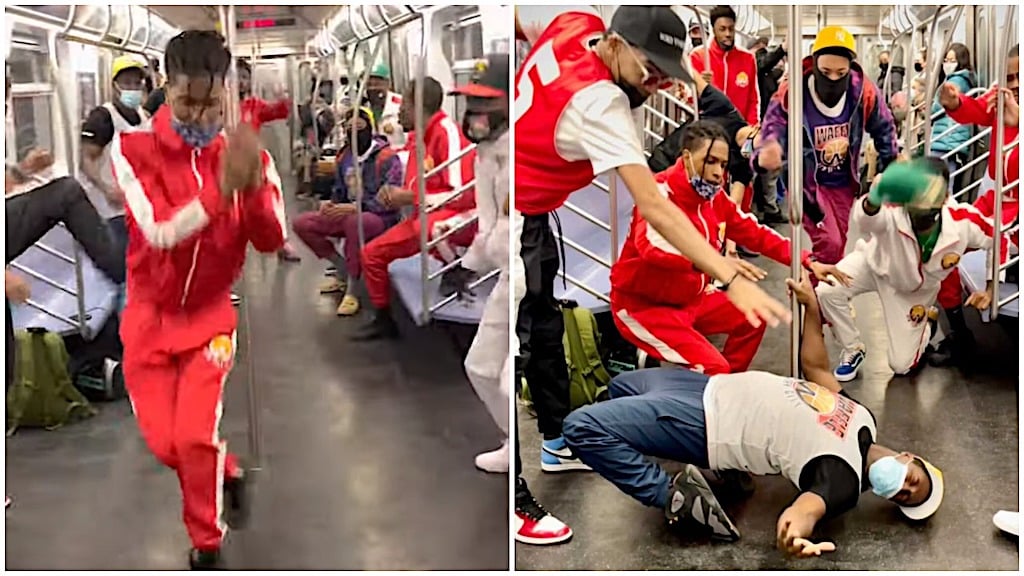 A dance crew has gone viral by bringing back both the 80s and a 2013 Missy Elliotclassic … with a wink to Ciara thrown in for good measure.

The dance collective W.A.F.F.L.E Crew — which stands for “We Are Family For Life Entertainment” – took over a New York City subway train, popping, locking and swinging around poles to “Lose Control.” Each member of the eight-man squad gets their time to shine during the nearly 2 1/2 minute visual, and Missy, herself, took notice.

“This video so much energy I was hyping them up through my phone,” Elliott, 49, tweeted alongside a clip of the now viral video. “They SNAPPED Hard! I Love seeing so many of yall dance to my songs! I loved me some yall.”

Around the 55-second mark, one of the dancers appears to tip the proverbial Kangol to “Lose Control’s” featured guest Ciara with a backwards bend that brings his body within inches of the subway floor, a move the R&B singer has been known to do on occasion.

Comment by mr1stroke on April 8, 2021 at 1:20am
Lol the boys are bad, a lot of energy still managed to keep their masks on, true talents, stay family

WE ARE SO TALENTED, BUT CLUELESS WITH OUR CONSCIOUSNESS. BUT LIKE THEY SAID the right  'MUSIC SOOTHES THE BEAST FROM WITHIN, AND BRINGS PEACE TO THE SOUL'