Internationally acclaimed Dancehall artiste, Moses "Beenie Man" Davis has gone into greater detail regarding his separation from his wife of 5 years, Michelle "D'Angel" Downer; implying that he is heartbroken by their recent marital issues.

Beenie Man told TVJ's EMix that he initially intended to divorce D'Angel last year but the couple constantly resolved their issues and ended up back together. However, the "King of the Dancehall" intimated that D'Angel's decision not to appear at his birthday party almost two weeks ago was the last straw; made worse by the fact D'Angel went to former rival, Bounty Killer's birthday party earlier this summer.

"Regardless a if mi and her have a divorce agreement to deal wid, I think she shudda still come a my birthday because mi is her husband and me is Marco Dean father, so why should you call me and tell me pon my phone seh yuh a go to Bounty Killer birthday party, when Bounty Killer disrespect you so much in the media and call yuh di worst tings,” Beenie said. Bounty Killer, formerly was in a relationship with D'Angel, engaged in a lyrical battle with Beenie Man regarding the "Blaze" singer in 2006.

Given that factor, Beenie suggested that he could no longer take the emotional toll their issues had on him; asking D'Angel to send the divorce papers that would finally put an end to their rollercoaster marriage. "Mi jus' decide seh, Please mi a beg yuh, jus’ finish mi heartache and mi hurt, just please mi a beg yuh, jus’ sen di divorce papers," Beenie stated. D'Angel sent the divorce papers two days later and released a statement clarifying that she sent them and that they could no longer co-exist as a couple. 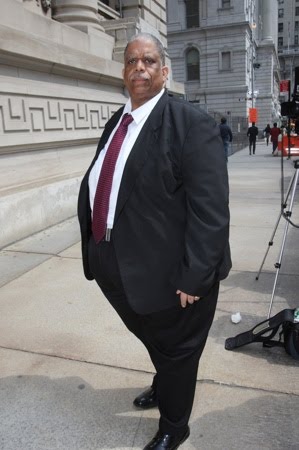 I hope all parties involved come to respect one another when all is said and done. Breaking up is never easy and trust me both parties feel the loss. Good luck

Comment by Maurice Chell on September 24, 2011 at 7:46am
What did he expect. She is a cheap ass. Just keep rotating her, it seems as if that is all she is good for.

Comment by BigBlackjr on September 11, 2011 at 10:18am
She got what she wanted out of him sad to say but it true if he was smart he would try and take care of his baby himself but I know the courts would not go for that which is messed up so he will have to pay her for life.

@TallIslandgirl; Carlene was also know as the Queen of the dance, "Butter fly" back in the 90's. Here's a link to a video by Chaka Demis and Pliers - Murder She Wrote, Carlene is the half-white chick rocking the blond wig.  She was the baddest dance hall chick back in the day.  Also google, Carlene dance hall queen in Cuba, she's showing/teaching the Cubans to dance "Butter fly".  LOL

@TallIslandgirl, I prefered Beenie and his first baby-momma, Carlene (Dance Hall Queen) as a couple.  Even though she dissed him once in the press and call him, a "boy", well he was immature back then in the 90's, and she's was a real "COUGAR".. Big-up Carlene.  LOL