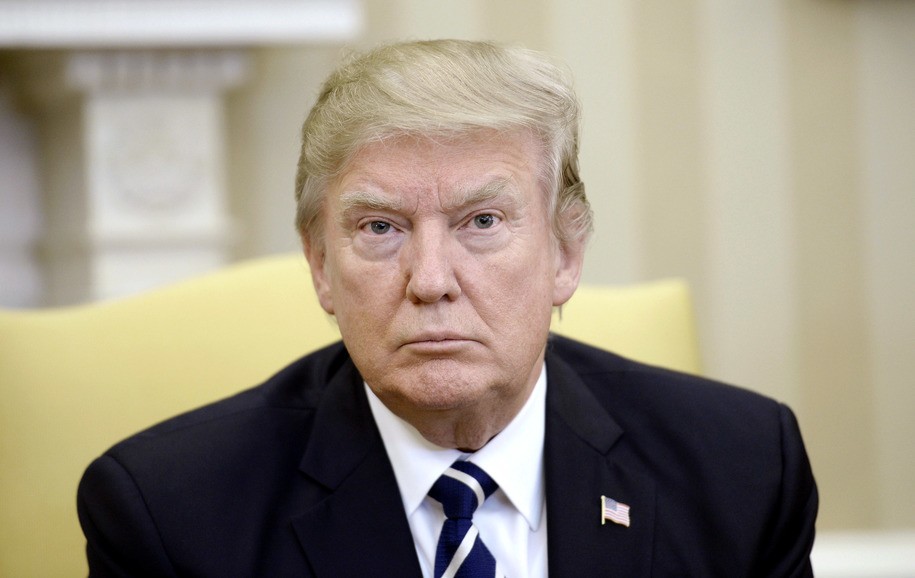 Early Friday  morning, Donald Trump, the so-called President of the United States, tweeted out to the world, a public threat to former FBI Director James Comey. Like a thug from a gangster movie, Trump told Comey, whom he’d fired days before, that Comey had better keep quiet—or else.

As most of the country and the world know by now, James Comey was leading the FBI investigation into Trump’s ties to Vladimir Putin and Russia during the 2016 Election, which influenced and possibly hacked America’s vote and democracy. Here is Trump’s tweet threatening James Comey.

“James Comey better hope that there are no ‘tapes’ of our conversations before he starts leaking to the press!”

So, what’s on the tapes Trump doesn’t want anyone to hear? Once again, he looks to be incriminating himself. More will be revealed (Hopefully, it will be what’s on those tapes).

Within the same hour, Trump threatened to withhold “press briefings” with our country’s media, that would keep the press from challenging/disputing him and his press agents live. Perhaps he thinks that would be the trick to keep him from being caught in a continuous sea of lies? It won’t work, but the dangerous audacity to suppress the press never fails to stun.

“...Maybe the best thing to do would be to cancel all future “press briefings’ and hand out written responses for the sake of accuracy?”

This all follows a tweet from yesterday of Trump stating Russia must be laughing at America as we “tear ourselves apart over a lost election. The Leecher of the Free World tweets out to the world like someone having a couple beers with his buddies.

“Russian must be laughing up their sleeves as the U.S. tears itself apart over a Democratic excuse for losing the election.”

But perhaps one of the most frightening tweets Trump made within the last day was stating he had just signed an Executive Order to put “integrity” back into the election system—the same system he is being investigated for rigging. Who better to further corrupt our democracy?

“Presidential Executive Order on the Establishment of Presidential Advisory Commission on Election Integrity.”

Below are the actual public statements, to the world, that Trump tweeted for all of the universe to read, just within the last 24 hours. 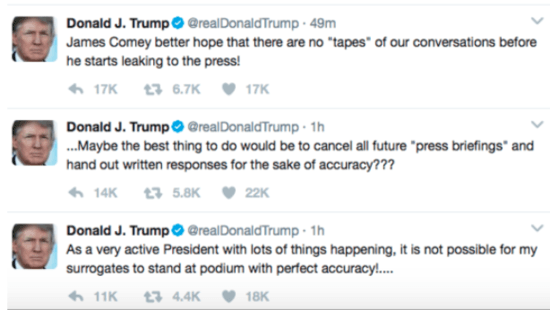 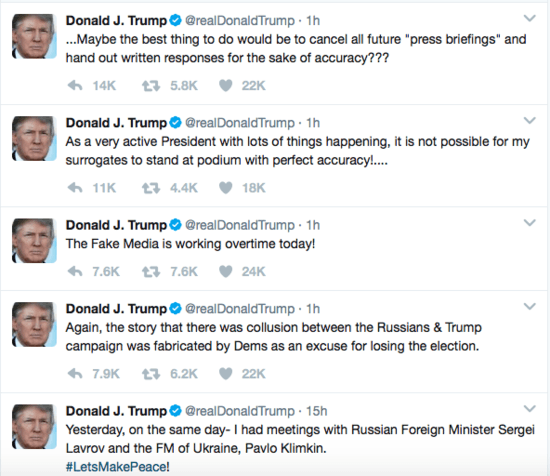 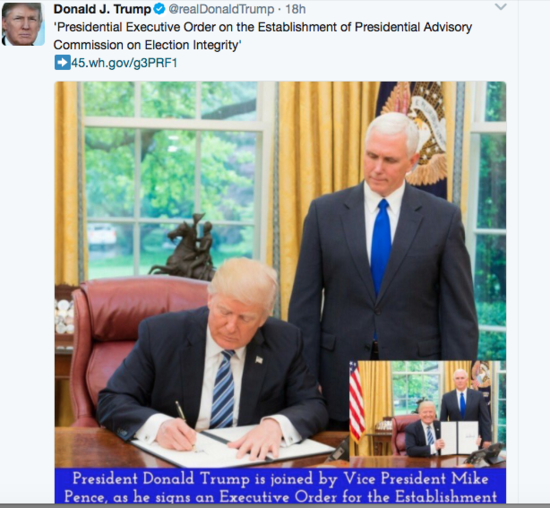 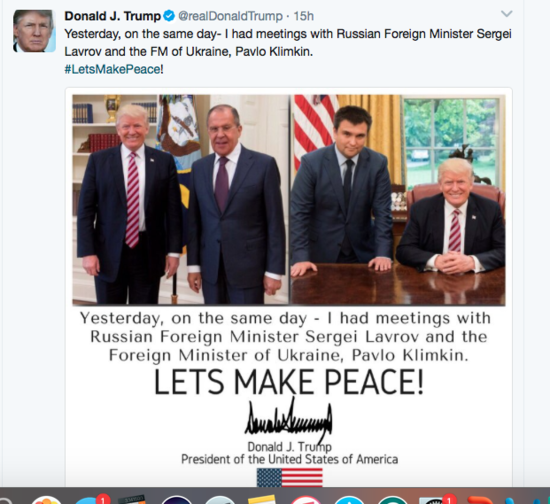 The above are tweets of a man who still thinks he’s the host of a reality show, except the show is the United States. He continues to embarrass himself and America—while posing a grave danger to the world as being a deceitfull, ego-driven, loose cannon.

It’s time for a People’s March of millions, 10-20 times the size or more of January’s Women’s March, to nonviolently demand his resignation and send a message out to Trump, his cronies and the world that this country belongs to the American people. We will not be held hostage by a man, an administration and a Republican leadership who have zero respect for the people, and who are destroying our democracy—right before our very eyes.

The madness must stop.