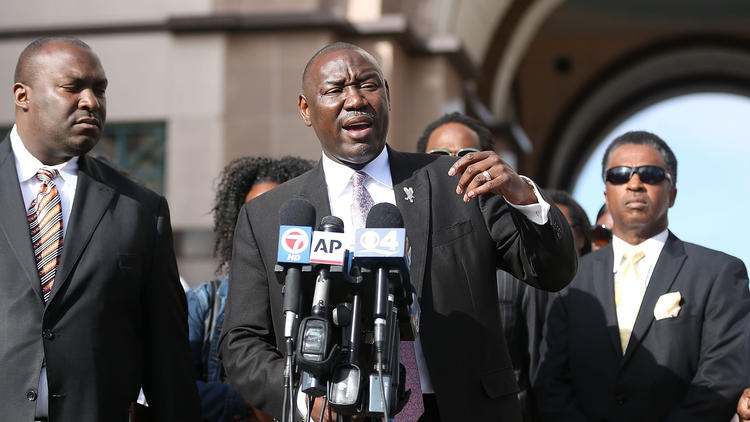 Benjamin Crump, an attorney for the Corey Jones family, speaks to the media Thursday in West Palm Beach, Fla.


Corey Jones, the Florida man who was shot and killed by a plainclothes police officer while he waited for a tow truck, never fired his gun before being shot by the officer three times, attorneys for his family said.

Jones, a 31-year-old musician from Boynton Beach, Fla., was shot after he was confronted by Palm Beach Gardens Police Officer Nouman Raja, 38, on the side of a highway around 3 a.m. Sunday.

Details about the confrontation remain murky: Police have said the officer was investigating what he thought was an abandoned vehicle when he was "suddenly confronted by an armed subject." 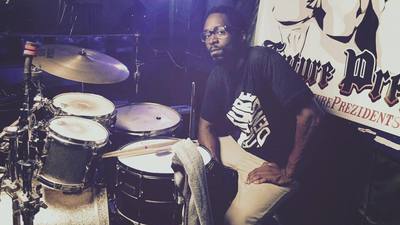 A handgun was recovered outside Jones' car, police said, and paperwork indicated Jones had bought the gun three days earlier. Officials have not said whether Jones pointed his gun at Raja or whether he fired it.

Police have said that Raja was investigating a string of burglaries in the area and was in plain clothes and driving an unmarked car. The car was not outfitted with a dashboard camera, and the department's officers do not wear body cameras, according to Palm Beach Gardens Police Chief Stephen Stepp.

An attorney for the Jones family said Thursday that Raja did not show his badge, either.

Crump also questioned why the officer felt the need to confront Jones alone and why he didn't call for backup.

"You have to ask serious questions when a plainclothes police officer with no badge ... shoots someone," said Daryl D. Parks, another attorney for the family. "It draws many questions."

The Palm Beach County Sheriff's Department has opened an independent investigation into Jones' death, but police have released few details.

"I raised my children to be respectable and to respect the law," said Clinton Jones Sr., Corey's father, his voice cracking between tears. "Today, I need some answers. I need to know why. Why is my son gone today?"

Corey's sister, Melissa Jones, remembered her brother as a kind, passionate musician who loved the drums from a young age and who was protective of his sister.

"He was the person who could bring the softest part out of the hardest person," Jones said tearfully. "Times I didn't want to laugh, didn't want to smile, my brother would be the one who knew what to say to me."

Crump, who has represented the relatives of shooting victims Trayvon Martin and Tamir Rice, criticized the police for the lack of information Jones' family was given about his whereabouts. The family has said they were not informed about his death until the next afternoon.

Jones had just finished a show with his band when his car broke down, a bandmate told the South Florida Sun-Sentinel. Crump said he called and spoke to his brother, C.J., who offered to pick him up, but Corey declined, saying he needed to be at church to perform with the choir the next morning.

C.J. tried calling him back at 3:19 a.m., Crump said, but got no answer. He called his brother repeatedly that morning but couldn't reach him.

My question is: was the cop on duty or doing rogue police work in his spare time and was the vehicle his personal vehicle---i would like to see his time card as well---Why was Corey running away when he was shot---why did he feel the need to run........another murder by cop of another black man