Cop Tells Black Woman Studying In Park She’s Not Allowed Back Next Week; Then Won’t Leave Her Alone {VIDEO} 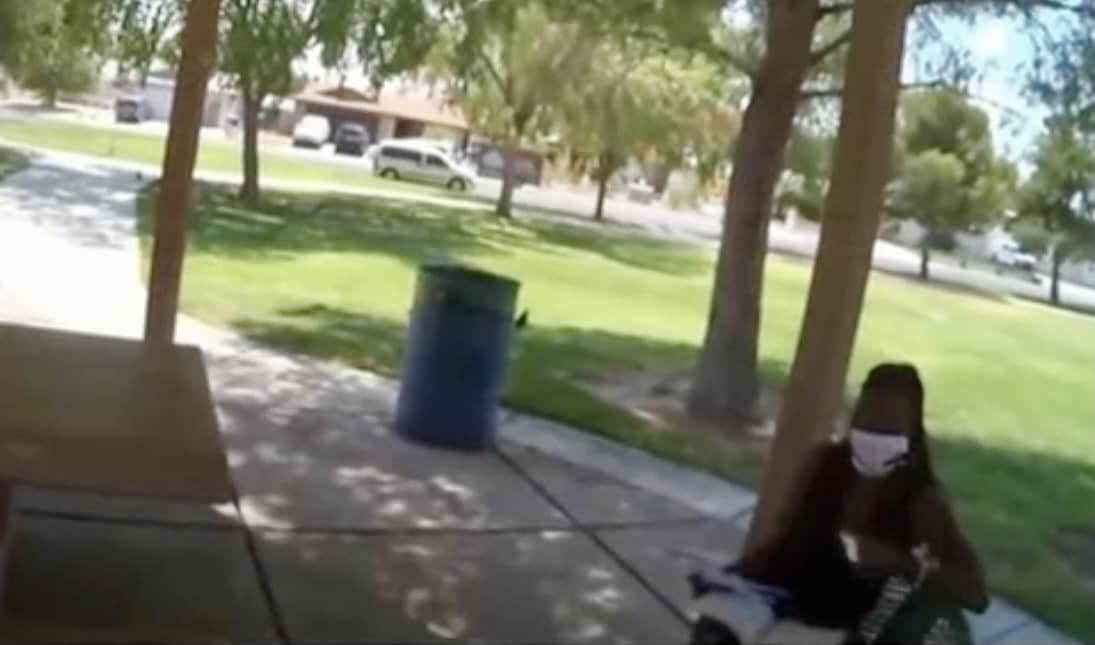 Bodycam video of a 2020 confrontation between a white Las Vegas police officer and a Black woman who was simply studying alone in a public park has gone viral.

The officer is shown approaching the college student as she sits alone under a covered area. He tells her that she will not be allowed to return to the park next week unless she brings a child along. The woman, taken aback at the sudden and seemingly ridiculous intrusion, questions the officer on the park rules, and says she’s being harassed for simply studying. The woman also begins filming him with her phone.

The officer clearly becomes agitated with her pushback and gets defensive. The two argue back and forth, and his partner – a female officer – explains that they have been telling every childless person in the park that they can’t return beginning next week. The male officer reaffirms that “homeless” people and lone adults will not be allowed to “loiter” in the area.

The woman continues to stress that she’s a college student studying, and won’t even be in the park next week. She alludes to the Derek Chauvin case in explaining her reason for filming him, and he expresses resentment at the assumption of him being an abusive cop. The officer grows even more agitated with her nonstop pushback before he storms off in a huff.

Watch below, followed by the same incident from the woman’s camera phone angle that went viral last August:

Here’s the woman’s own account of what happened that day:

“August 17, 2020 at 1:00 pm I was harassed by two “Las Vegas Metropolitan Police Officers”, at the park on Flamingo and Jones. They approached me while I was studying my math book at the park. A male officer and his colleague, a female officer, said that were informing everyone at the park that the park I was at was a children’s only park and no adults could be there next week. This is a public park. There was hardly anybody at that park. The male cop was aggressive by his body language, and he was also standing in my face.This was unprofessional, rude and unnecessary. He said I was being difficult, I guess because I recorded the video or something who knows because I didn’t do anything wrong. He talked to me like I was some kind of criminal. This was my first time studying at this park.”

But why in this world this happens..

I guess a whole lot of black folks gonna have to go to that park and read their books.

If it's not one thing its another, learn what is systematic, you can vote all you want to, but let me know when the change has come, its a whole system against you

Comment by vaughn mitchell on August 1, 2021 at 1:20am
So they harassed a black woman studying and wonder why they have a problem with black people.